[button color=”black” size=”big” link=”http://affiliates.abebooks.com/c/99844/77798/2029?u=http%3A%2F%2Fwww.abebooks.com%2Fservlet%2FSearchResults%3Fisbn%3D9780393307061″ target=”blank” ]Purchase here[/button] This is the second book in the series that began with Master and Commander. It continues to follow the, at times, strained friendship between a brash young Royal Navy officer named Jack Aubrey and the physician, ships surgeon, naturalist, and sometime spy named Stephen Maturin.

It picks up in 1803, at the end of the short-lived Peace of Amiens that divided Britains war against Napoleon in two. As Spain makes up its royal mind whether or not to join Napoleons side, the British navy is scrambling to prepare for an expected French invasion. Meanwhile, a bitter political battle is going on in Parliament between the ousted Whigs (who are no friends of Aubreys) and the embattled Tories (who can’t adequately explain what they are doing with the secret funds…because they’re…SECRET!).

In the midst of all this, Jack Aubrey has his own problems. For reasons best explained by you reading the book for yourself, he has become romantically involved with two women: cousinsone of whom poor Stephen also fancies. And as if it isnt enough to be emotionally savaged by two constitutionally opposite females (to say nothing of their mother/aunt), he is also dogged by debt (his financial advisor ran away with all his money), his career is at a standstill, and the navy doesnt have enough commands to go around. In desperation, Lucky Jack accepts the command of a bizarre, experimental ship (the Polychrest) that has no business being afloat. His problems multiply as his romantic life gets entangled in his command, as the threat of being arrested for debt dogs every step he takes on land, as the admiral commanding his squadron turns out to be one of his most malignant enemies in the service, and as the sadistic harshness of his Lieutenant brings the crew to the brink of mutiny.

Nevertheless, Jack once again takes his ship and his crewsuch as they areinto battle against staggering odds and brings home a prize. This means promotion to Post Captainnot a breakfast cereal; this means he can command a big ship of the line, that he will always be on full pay whether he is in active service or not, and that if he lives long enough, he will eventually become an admiral on the basis of sheer seniority. Post Captain seems like a really good thing for Jack, until he gets it. Then he realizes that there are far more Post Captains than Post Ships. At a point where he could be taken up for debt and thrown in prison for the durationwhen the women in his life have seriously let him downand when the only commands available are in dirty jobs that he would hate with all his soulJack springs at the chance of a temporary command.

And so the adventure winds up with Jack in temporary command of His Majestys frigate Lively, a crack vessel that sails like a dream, with an incredibly competent crew…but no experience in battle. Knowing Jack, its only a matter of time until they get some. A climactic action as Spain poises to enter the war…bringing not only this phase of Jack Aubreys career but also his love life, his friendship with Stephen Maturin, and Stephens intelligence work to a tightly woven climax.

Like the first book in this twenty-volume series, Post Captain is such a vivid historical novel that the language, social setting, and naval activities become as real, as clear, and as familiar to you as the room in which you are reading it. Sometimes, while reading this book, I was so caught up in the tension of the story that I wanted to give this or that character a sharp talking-to. But there were also laughter, sadness, burning injustice, triumph, low spirits, and puzzling little mysteries spread throughout the book. You see a side of Dr. Maturin you had not seen beforeperhaps more than one sideand you see his friendship with Aubrey stretched to the breaking point. But of all the things one may see in this book, there is one thing I could not find: any reason to doubt that the third book, H.M.S. Surprise, will be at least as good as the first two. 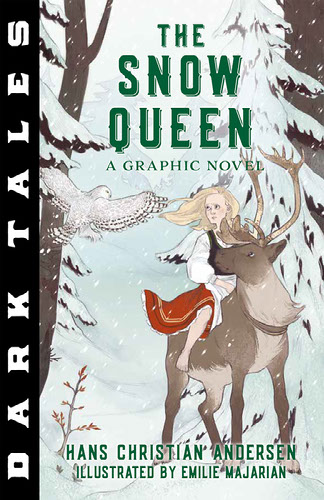