The sequel to The Mouse and the Motorcycle finds Ralph the mouse growing discontented in his hotel lobby home. His younger brothers, sisters, and cousins keep pestering him to let them ride his toy motorcycle, and his mother and uncle wont leave him alone. Finally Ralph decides to runaway to a camp whose bugle calls he can hear every morning and evening.

Expecting to find lots of middle-sized kids and peanut-butter-and-jelly sandwiches, Ralph instead finds deadly peril with a watch dog named Sam, a tomcat named Catso, and a boy named Garf–armed with a butterfly net.

Next thing he knows, Ralph is ensconced in a mouse cage next to a grumpy hamster, while Catso tries every trick in the Cat Bible to clap paws on him. Ralph will have to be at his very cleverest if he is going to clear Garf of suspicion of stealing a girls wristwatch, escape from Catso, and get back home with his motorcycle.

A charming little adventure featuring a boy and a mouse at similar stages of adolescence, and some other interesting animals and people, Runaway Ralph makes a quick but satisfying read. 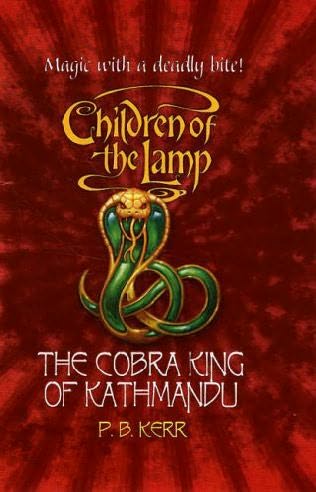 Book Review: The Cobra King of Kathmandu by P.B. Kerr

Book Review: “The Hate U Give” by Angie Thomas