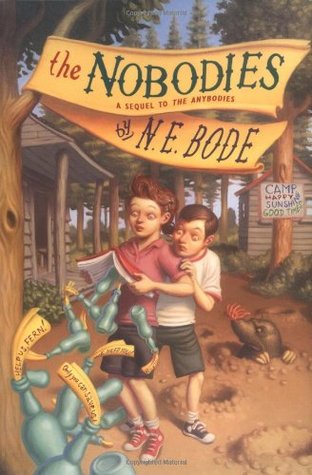 The Nobodies
by N.E. Bode

In this sequel to The Anybodies, Fern is eager to go to Camp Happy Sunshine Good Times, where she will be surrounded by other anybody children; that is, children who can hypnotize people and objects, shake things out of books, and shape-change. She wants to learn more about how to use her powers, and make friends with other kids like her. She also wants to spend time with her almost-sort-of-as-it-were brother George, who was switched with her at birth and has since been switched back; though George isn’t all that interested in being an anybody.

Ferns first sight of Camp Happy Sunshine Good Times isnt very encouraging, though. Brought there by a blind bus driver, she finds a run-down camp that seems light-years away from living up to its name. The camp director, who used to be a teepee-dwelling guru, now lives in an air-conditioned house with his domineering mother. The counselors are mean, mostly stuck partway through animal transformations, and addicted to a fizzy drink that makes them susceptible to mind control. Campers are warned about a dangerous hermit who lives in the woods, though someone even more dangerous is at work in the camp itself  a giant, talking mole who wants to destroy Fern and claim the unique book, The Art of Being Anybody, that only Fern can read. Meanwhile, Fern keeps getting messages (in empty fizzy-drink bottles) from mysterious people calling themselves Nobodies, who claim to need her help.

As you can probably already tell, this is a very odd story, filled with endearingly eccentric characters and weird magical transformations. Fern discovers new things about her own powers, goes up against another evil plan, suffers more vile injustices, and builds heart-warming friendships. The ending is rather weird, though, and the author (really a character in him- or herself) is even more given to extended, Lemony-Snicketesque asides than in the previous book, asides that occasionally deliver a chuckle, but mostly just slow down the story.

I enjoyed the book overall, but there is room for improvement. I will be interested in seeing whether the third book in the series, titled The Somebodies, goes into that room.

Book Review: “A Tragic Consequence” (“Order of the MoonStone” #4) 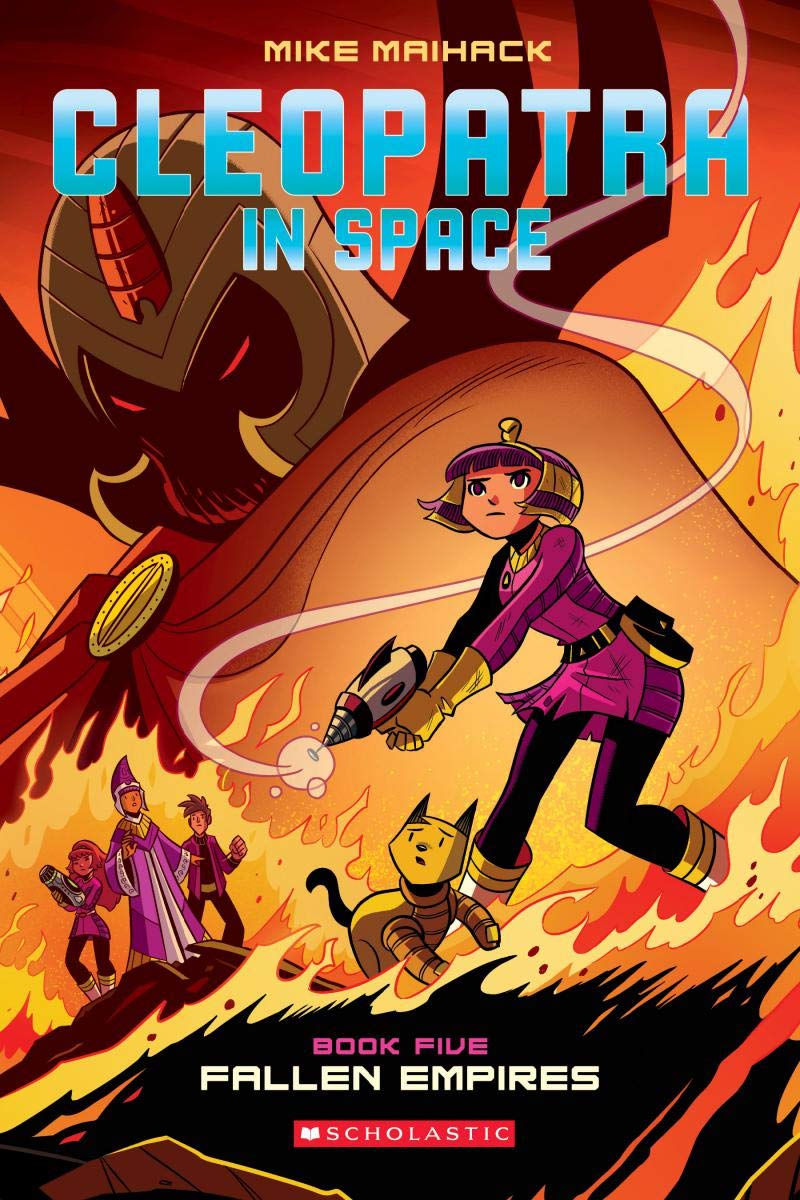