[button color=”black” size=”big” link=”http://affiliates.abebooks.com/c/99844/77798/2029?u=http%3A%2F%2Fwww.abebooks.com%2Fservlet%2FSearchResults%3Fisbn%3D9780152047313″ target=”blank” ]Purchase here[/button]
The last of the Borrowers stories, written in 1982 (about 30 years after the first book in the series!), isn’t really an ending. It’s simply the last one Mary Norton wrote, and when it’s over, it seems a pity she did not live to write more.
It was a little longer and slower-paced than the others, but a gripping story nevertheless. The nefarious Platters, the couple who tried to catch the Clocks in The Borrowers Aloft and turn them into a tourist attraction, are back, trying to recapture them. Meanwhile Pod, Homily, and Arrietty have moved into the rectory of a little village church, while their cousins Lupy, Hendreary, and little Timmus live in the church proper. Spiller, the laconic, outdoorsy one that Arrietty kind of loves (a big part of her heart longs for the outdoors), helps them, as does another borrower living in the rectory, a lame, artistic, aristocratic young fellow named Peagreen or Peregrine. While a vague sort of love triangle develops between Arrietty, Peagreen, and Spiller, the Platters get closer and closer to capturing their prey, culminating in a breathtaking climax in which the Platters break into the church to get young Timmus, Arrietty’s favorite cousin, who (the Platters know) has gotten trapped inside a locked cabinet.

Miss Menzies and Mr. Pott also return to the story, and other human beans (that term is used regularly in this book, in contrast to the earlier stories) appear…such as the caretakers Mr. and Mrs. Whitlace (whom the borrowers call Witless) and the slightly psychic Lady Mullings. There are also ghosts in the rectory, which forms a mysterious and sad sort of subplot (at least, it’s a subplot if you realize the connection between the three ghosts). Of course the story has its usual hairraising escapes and acrobatic adventures, and inventive uses for big-people things by little people.

It’s also a step back in history, to a time before refrigerators, thermos bottles, and automobiles were widely used. This reminds me of a scene in the same author’s Bedknob and Broomstick in which the sorcerer from 1666 comes to the 20th century and, after walking around town for a while, is terrified by the sight of a passing automobile–he runs and hides as if from a monster! This isn’t surprising from his point of view, since he’s from the 17th century. But what is surprising is to think that you could spend all day walking around a mid-20th-century town and only see one automobile!

Unfortunately the ending of The Borrowers Avenged kind of leaves you hanging as regarding Arrietty’s romantic involvements. It’s still kind of unclear which boy-borrower she will choose for her mate, if either of them; when the story ends, Arrietty has made Spiller furiously angry (in a way you can only be angry at someone you love) but Peagreen, who looks like he’s getting closer to her, predicts that Spiller will get over it. And another thing that left me unsatisfied is that the relationship between Arrietty and Timmus was sort of starting to develop, and things were happening to Lupy and Hendreary that suggested that (in the future) Arrietty might end up becoming a sort of adopted mother to the boy. I suppose Mary Norton may have been planning another Borrowers story, but it never appeared, and she died ten years after writing this one. Alas! I would like to see more! 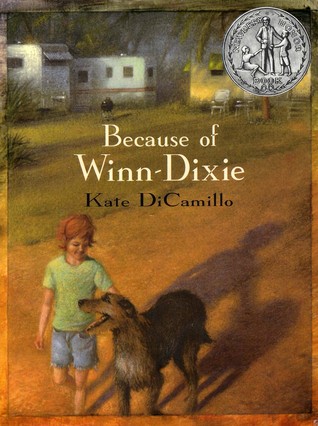 Book Review: Leon and the Spitting Image by Allen Kurzweil