Picture this: It’s approaching midnight on Halloween. You’re up late, strung out on a sugar buzz. You’re almost too old to have gone trick-or-treating, but with your vivid imagination and keen sense of fun you probably enjoyed it in a way most smaller kids couldn’t. Your parents expect you to be asleep by now, but you’re too restless. Perhaps you think to yourself: “This would be the perfect time to read a spooky story.” You’ve got this book on your shelf, waiting for the right time. Why not tonight?

Now listen to my advice: Don’t do it. Don’t start reading this book on a dark, spooky, sleepless night. If you do, your parents will find you in the morning, barricaded in your room with all the lights on, probably rolled up in a quilt under the bed with red circles under your eyes. You thought vampires were scary. Werewolves, zombies, maybe mummies… But anthropophagi? You’ve never even heard of them! How could they be THAT scary??

Well, maybe you have heard of them, if you’ve read Shakespeare’s Othello. Monsters like the ones described in this book have cropped up in historical and philosophical writings going all the way back to the 5th century B.C. They’re nasty brutes, too. Instead of heads, they have a pair of bulbous eyes on their shoulders and a huge, gaping mouth in the middle of their belly, lined with row upon row of razor-sharp teeth. They have powerful limbs and slashing claws. They are vicious predators, and their preferred diet is human flesh. Never seen one in a zoo? Be thankful. By the late 1800s, when this story is set, most people who have even heard of them think they are extinct. But out of deepest, darkest Africa, one breeding pair has managed to make its way to the New World. They have hidden and multiplied while a town grew up above their heads. And now they have broken the surface and begun to feed, slaughtering whole families at a single meal.

Who could fight monsters like this? Only a few people who call themselves “monstrumologists.” One of them, a Dr. Pellinore Warthrop, happens to live in the very town where the anthropophagi have begun to feast on humans. With the aid of his sullen teenaged assistant Will Henry, and later a handsome adventurer who is almost as monstrous as what they hunt, Warthrop investigates the mysterious roots of this new plague and works out how to stop it. But being an arrogant man with more than a touch of the manic-depressive in his personality, Warthrop makes some colossal mistakes. Mistakes that cost lives.

Rick Yancey, the author of the Alfred Kropp series, presents this book not as his own work but as a journal that he discovered at a nursing home after its author’s death, an unbelievable(?) number of years after the events Will Henry claims to have witnessed. Whether written by Yancey or by Will Henry himself, their style is curiously old fashioned and what some might call “purple”–which is to say, unfashionably melodramatic at times, and given to lengthy passages of introspection.

In spite of these things, it’s a book that you will never find boring. On the contrary, it might be more thrilling than you can handle. It is so full of violence, gore, and the macabre that your stomach might not be able to take it. If you go against my advice, and spend Halloween night alone with this book, you have only yourself to blame for the tooth-chattering wreck your parents will find when they look in on you in the morning. But cheer up! Will Henry is just getting started. Book 2, The Curse of the Wendigo has already come out. And this time you’ll know enough to read it by daylight! 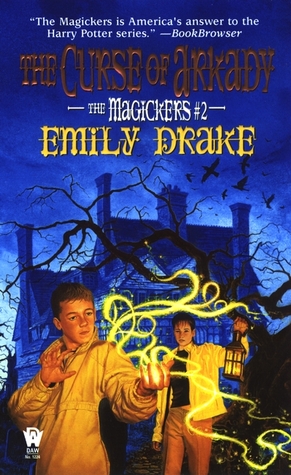 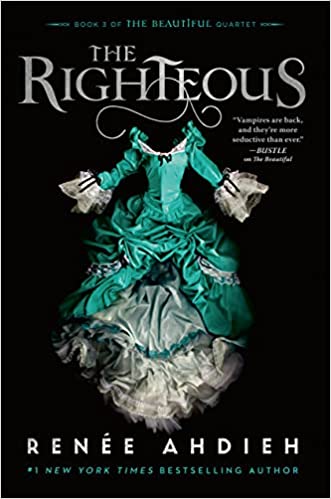 Book Review: “The Righteous” (“The Beautiful Quartet” #3) by Renée Ahdieh