Before the storied friendship of Jack Aubrey and Stephen Maturin was a gleam in Patrick O’Brian’s eye, he gave the world this book featuring a very Aubrey-like young midshipman named Jack Byron and his boyhood friend, surgeon’s mate Tobias Barrow—who is like Stephen in all ways short of being Irish. For a dress-rehearsal of Stephen’s Irishness, see the main characters in the even earlier novel The Golden Ocean, to which this book is a strange sort of sequel. Unlike most sequels, it does not take place after the events of the earlier book, but at the same time—only from a different point of view. The main event, portrayed in The Golden Ocean, was Commodore Anson’s historic voyage of circumnavigation on board the H.M.S. Centurion (1740–44), and the capturing of a Spanish galleon carrying a fabulous treasure. In the sequel, we see how things developed for another ship in the squadron, the Wager—which barely made it around Cape Horn before running aground off the worst coast in the world.

Once these ships part company, things go quite differently. The one book tells a tale of heroism of the type that overcomes disease, hardship, disappointment, disaster, violent weather, and overwhelming odds, to strike a crushing blow at the enemy and come home loaded with glory and riches. The other describes a heroic journey along the opposite tack: a passage through shipwreck, mutiny, starvation, physical and spiritual mortification, and long lingering marches along the extreme edges of death and despair. Here we experience the painful difficulty of surviving in one of the harshest inhabited areas on earth: the extreme southern end of the west coast of South America, and the islands off it. Desperation leads to deadly violence and rebellion among the crew. Even to those who faithfully follow the ship’s captain—notably Jack and Toby—Captain Cheap does not come across as a likable character, especially in an ordeal with indifferent natives, harsh weather, scarce food, and inhospitable terrain. At certain points, the only thing naval about the adventure is the discipline that keeps the dwindling group of survivors going, even when they are reduced to portaging pieces of a disassembled canoe across miles of boggy forest. At least once while reading this journey, you will be sure that you are reading an account of these people’s agonizing death… and in the case of many of them, that’s exactly what it is.

And then they get through to civilization again, and the story returns to more familiar ground for fans of O’Brian—the ground of an enemy country where the protagonists live as paroled prisoners of war; the deck of an enemy ship carrying prisoners for exchange to France; a chase with British privateers cruising the waters of the Caribbean; and still more surprises, crammed into the last few pages. The charm with which the book ends, however, is subdued by the shadow of the horror through which its characters have passed. You almost think it might have been kinder if they had perished, rather than live through all that. Or perhaps you give a grateful sigh as you turn a page, thinking how fortunate it is that this is historical fiction, and that the main characters didn’t actually exist. But alas, they did. At least, everyone except Toby apparently did; even Midshipman John Byron figures in the actual history of the Wager Mutiny and its aftermath. That he lived to be both an Admiral and the grandfather of Lord Byron is an encouraging thing to keep in mind during the scene in which he nearly gives up. That he, along with only three others in Captain Cheap’s party, lived through what they lived through, is an amazing account of human endurance—all the more amazing because it’s true. It isn’t the whole story; it’s only perhaps the most extreme part of it. But even so, real men went through it and lived to tell the story; and now Patrick O’Brian tells the story again, with all his well-known flair for making history breathe, grip, shine, and sing.

It is a big story, alive with little human touches. It is a grimly powerful story, salted and peppered with wit and warmth. It is a story that vividly paints a picture of strange, haunted shores and of cultures so primitive that they can scarcely be called human. Political correctness may frown on the brusqueness of O’Brian’s judgment of the unconverted savages of the Patagonian coastline, to say nothing of the national peccadilloes of the Spanish, French, and Dutch, on land or at sea. “Spaniards, if very much goaded, can act almost as quickly as reasonable beings,” he says for one example. But in the strength of his feelings, you feel the feelings of his characters; and whether or not their attitudes (or his) were always necessarily right, the answering flash of anger, or anxiety, or laughter in your breast recognizes the truth—the awful, beautiful truth—in what he writes. 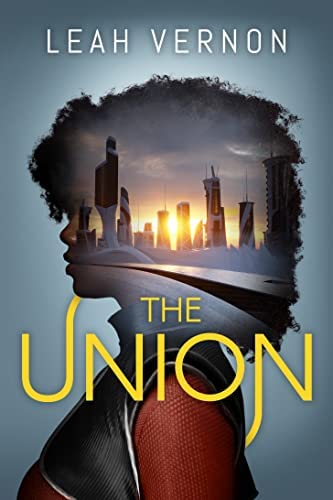