In the imaginary village of Hayslope, on the frontier between the nonexistent English counties of Loamshire and Stonyshire, round about the year 1799, a strong, manly carpenter named Adam Bede lives with his doting mother (who becomes a widow in an early chapter) and his gentle, sensitive brother Seth. The brothers love the two pretty nieces of a prosperous farmer and his wife who live nearby. Adam’s intended is a vain, saucy, but irresistibly pretty little thing named Hetty Sorrel; the girl Seth wants to marry is a tender, modestly beautiful Methodist lay preacher named Dinah Morris. But (SPOILER ALERT!) Dinah would rather have Adam than Seth; and as for Hetty, she fancies the young heir of the local squire, Arthur Donnithorne by name, and he fancies her too—though the wide difference between their stations in life mean that he can never do the honorable thing by her.

And so the stage is set for a novel that mixes up temptation, shame, jealousy, aborted wedding plans, a desperate elopement, an out-of-wedlock childbirth, murder, justice, the agony of lost love, the regret of a ruined friendship, the remorse of doing a wrong that cannot be righted, and a revolutionary (for its time) psychological portrait of the lives and loves of farm folk and the laboring class in upcountry England. Plus, on top of everything else, this book examines the tension between “church” (Anglicanism) and “chapel” (Methodism) in the British religious scene within a handful of years of the death of John Wesley, before the latter sect put an end to women preachers. One early chapter includes almost the whole text of a Methodist sermon; and the character of Dinah presents almost a living tract in favor of Methodist spiritual and moral virtues. Were it not for the facts that Dinah is admittedly atypical of her sect, that local Anglican rector Mr. Irwine presents an all but glowingly ideal portrait of his type of clergyman, and that the novel’s hero (even from the perspective of 50 years later) prefers “church” of the Irwine school, one might almost suspect this book of being an advertisement for Methodism.

None of this prevents this book from being emotionally moving. The imagination relishes the scenery of the countryside and the village where the salt-of-the-earth characters live and work. The heart bleeds for the foolish, flighty Hetty; the strong, passionate Adam; and even Arthur, who succumbs to his own weakness, tries to cover it up with lies, and has to live with the self-reproach from one bad act that poisons the rest of his life and the lives of others. Dinah’s compassion on Hetty is touching, her romance with Adam sweet. The narrator’s consciousness of conjuring an image of a bygone time; the gentleness of her judgment on the character of such people as the misogynistic Mr. Massey, the sharp-tongued Mrs. Poyser, and the easy-going Mr. Irwine, lend a glow of melancholy goodness to the book; and the occasional touches of satire and humor come just when the relief of a good laugh seems most needed.

Published in 1859, this was the first of Mary Ann Evans’ novels under the pen-name of George Eliot. Naturally, it does not show the artist in her fullest command of her powers—but, after all, I consider her Middlemarch to be THE best novel I have ever read. Even a most excellent book must want some improvement alongside that masterpiece. This novel doesn’t want much improvement, however. I know of few writers, if any, who were writing at its level up to Eliot’s time, and not many more who have done so since. If you wonder what would possess me to include this book in a list of titles to interest today’s growing young readers, the answer is simple: It is by books like this that we measure the excellence of any new novel that comes along. And this book will get the better of a comparison with most anything printed to this day. 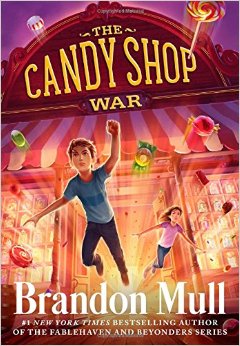