Thirteen-year-old Toby Vandevelde falls asleep in bed one full-moonlit night, and wakes up the next day in an MRI machine. Nobody, least of all Toby himself, can explain how or why he turned up naked in the dingo pen at a suburban Sydney zoo. His mother suspects epilepsy, until a pediatrician rules that out. The only explanation anybody has to offer is one that Toby’s mum considers crazy. Toby doesn’t quite believe it either… but he’s afraid it might be true. He’s afraid Father Ramon and his intense young friend Reuben might not be lying—or raving—when they warn Toby that he is a werewolf.

Reuben says he’s a werewolf too, and he and the priest can help Toby deal with his condition. Toby does not yet know how much experience Father Ramon has with caring for those most vulnerable of all God’s creatures, the undead. He doesn’t know what you and I know: that this is a sequel to a hilarious and hair-raising book called The Reformed Vampire Support Group. So you get to enjoy Toby’s surprise as he finds out that vampires, werewolves, and zombies(!) are real(!!). Not cool, not powerful, not sparkly-cute, not sexy (with a few exceptions). Vampires, for example, are immortal but not invincible; mostly, being one is like having to live forever with a digestive disorder, only some vampires are more dangerous to mortals than others. Werewolves, on the other hand, have to lock themselves up one night a month to avoid hurting their nearest and dearest, if they have any after the stigma of being a monster; they are also at risk of being kidnapped and forced to kill or be killed in a big-business blood-sport. As for zombies… we find out where they come from in this book. Don’t let me spoil it for you.

Young Toby’s journey of self-discovery is a humorous upside-downifying of the late teen and tween undead craze, bringing to the genre a sensibility more of Woody Allen than of Anne Rice. There’s a touch of hopeless romance in it, a streak of macabre slapstick, and a peculiar strain of the horror bug in which the most dreaded events play out under the harsh glare of daylight in the wide-open Outback. The bad guys are bad, but some of the good guys are almost worse. Be that as it may, you can’t keep a good werewolf down (well, mostly). By the end, Toby is mouthing such group-therapeutic slogans as, “There’s an ‘I can’ in ‘lycanthropy.'” You’ve laughed. You’ve cringed. You’ve fallen in love (again, maybe) with a cast of characters so down to earth that they’re downright subterranean. A new species of lunatic has joined the asylum; the crusade to end the werewolf-fighting industry seems to be only beginning; and hopes for a third book in the series are high. More books should end with such a satisfying feeling!

Speaking of “more books,” Catherine Jinks is also the author of the Evil Genius trilogy; a four-part series of medieval adventures featuring a knight named Pagan; a four-book series about a juvenile ghost-hunter named Allie; a new series about monster-hunters starting with How to Catch a Bogle; and numerous other interesting titles, listed here. 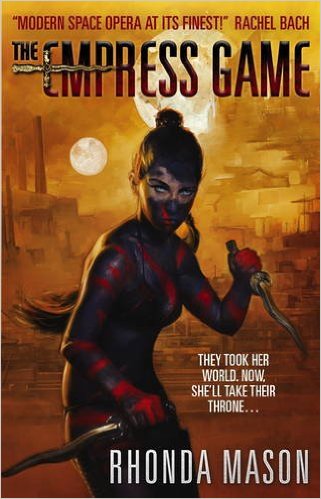