Ascenders: High School for the Recently Departed by C.L. Gaber is one of those books that stays on your mind for days after reading it. Though you continue your days, your mind keeps wandering back to the main characters, the overarching theme, and of course, working out the scenarios of what could possibly happen next. I finished this novel within the span of two days, and I wish that I could start over and read the whole thing again.

Walker Callaghan, 17 years old, wakes up and finds herself in a strange place. She doesn’t know where she is, but it appears that overnight, her mother has moved her to a quaint town in Michigan, away from their home in Chicago. After struggling from poverty since her father died, Walker and her mom find themselves surrounded by luxuries Walker has never known. Everything in this new town is free, and for the life of her, Walker can’t figure out why or how anything has happened.

Then Daniel Reid, the resident bad boy who is covered in tattoos and has jet black hair, walks into her life and informs her that she is dead. Everyone there is dead, and the town isn’t a Michigan town after all. They are in the middle realm, not in heaven or hell.

In this mysterious, yet alluring middle realm, everything is free, the habitants can be as reckless as they want, and there is only one rule. However, the one rule is very specific and must never be broken: No one can ever attempt to try to go back to the living realm.

As time continues, Walker learns to cope with what she has lost and realizes what she’s gained in return. Together, Walker and Daniel face challenges and push the limits of the middle realm, living by their own rules.

The characters in this book—particularly Walker and Daniel—are incredibly believable and realistic. Walker is a strong female character that isn’t afraid to fight for what she loves. Daniel, while having a hard, cold exterior, is actually soft underneath it all and is incredibly loving toward his family and Walker. The characterization of these two characters is a big aspect of what kept my attention.

Another part of the book that I enjoyed is the setting. C.L. Gaber did an excellent job at describing the setting and places in the novel, so much so that I found myself right there with the main characters in their journey. There was just enough description to make everything appear real, yet not too much to where it felt like I was drowning in descriptions.

I also enjoyed the passages that described how certain characters died. It told the story of their demise and how they lived their life in the living realm as opposed to the middle realm. This was one part of the story that I found really entertaining. It was a twist that isn’t normally seen in these types of novels.

Because this story is set in the middle realm, one thing that kept me engaged was the amount of celebrity appearances there were throughout the novel. I won’t give any spoilers for those of you who want to read the novel yourself, but these appearances kept me on my toes for the entire novel. I kept wondering which celebrity was going appear next!

Despite the minor flaws I found, I greatly enjoyed this novel. There is another book in the series coming out soon, and I honestly can’t wait until I get to read it! I can’t remember the last time I was so excited about a book, and C.L. Gaber has lightened a spark in me that had faded quite some time ago.

Ascenders: High School for the Recently Departed is a young adult fantasy that will appeal to fans of Veronica Roth’s Divergent, J.K. Rowling’s Harry Potter, and C.S. Lewis’s The Chronicles of Narnia. It’s a book unlike any other that I’ve ever read, and I’d recommend it to anyone ages 16 and up! 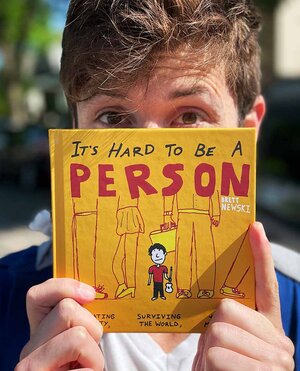