This month’s Author Takeover comes from Sue Wallman, whose first novel, Lying About Last Summer, is published today. Sue is a journalist who lives in London with her husband and three teenage daughters. In 2013 she won the Bailey’s Women’s Prize first chapter award, judged by Rachel Joyce and Kate Mosse.

Lying About Last Summer is the story of Skye, a young girl who is struggling to come to terms with a recent tragedy. When forced to interact with a group of other bereaved teenagers, relationships become strained as the importance of truth and trust is put to the test.

Whom should you trust?

There are many nasty moments in Harry Potter. One of the most unsettling is when Harry has to have a detention with Dolores Umbridge for insisting that “a certain Dark wizard” is at large. Sweet-voiced, fluffy-cardigan-wearing Umbridge gives Harry the dark quill to write the words “I must not tell lies,” which gradually appear on the back of his hand, painfully cut into his skin, as the words form on the parchment in his own blood. When I saw this on film, I actually felt sick, not least because you could clearly see the pleasure on Dolores’s face. Harry’s all about finding out the truth.

In my book Lying About Last Summer, my main character, Skye, is desperately trying to hide it. She’s at a camp run by a charity for bereaved teenagers, trying to come to terms with her sister’s death the previous summer. It was an accident, but Skye has reasons to feel guilty, and so she lies. But she’s not the only person at camp who’s lying. When you’re brought together with a group of strangers, how do you know whom to trust?

As a teenager, I was given a place on a week’s English literature course through my school – and off I went into the deep countryside with a load of 16 and 17-year-olds I’d never met before. It was my chance to present a different version of myself: cool, laid-back me (it was exhausting). I don’t remember a thing about what we learned on that course but I remember several people, including the clever, sarcastic girl who dominated, and the girl with body odour who hardly spoke. The teacher was overly cheery. I wonder if he ever gave a moment’s thought to the tensions within the group.

I read a brilliant book on body language by an ex-FBI agent (What Every Body is Saying by Joe Navarro) and I know the signs that show someone might be lying – such as mouth touching, heavy breathing, and feet shuffling. But, as he says, these body clues might equally be a result of discomfort or anxiety. “Lie-detectors” (polygraphs) have an error rate of at least ten per cent, even when interpreted by highly trained operators, because people’s stress responses vary. Psychopaths are said to breeze through them. And this is what fascinates me most about lies – if you’re good at telling them, you may never be found out.

If you have enjoyed reading our series of Author Takeovers, you’ll be able to see many of the contributing authors appear at this year’s YALC (Young Adult Literature Convention) at London Film and Comic Con this July. MuggleNet will also be attending to run a special day-long Potter Party on Harry’s birthday, July 31. Come along to hear these fantastic authors talk about their craft, meet hundreds of YA literature fans, and celebrate all things Potter with MuggleNet staff! 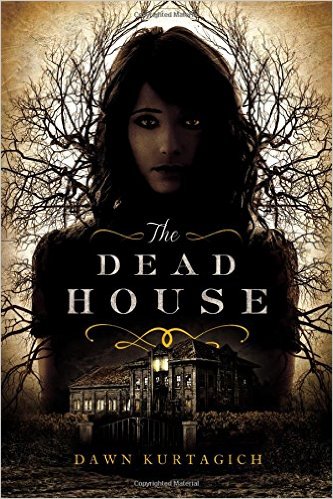 Author Takeover: The Power of Possession