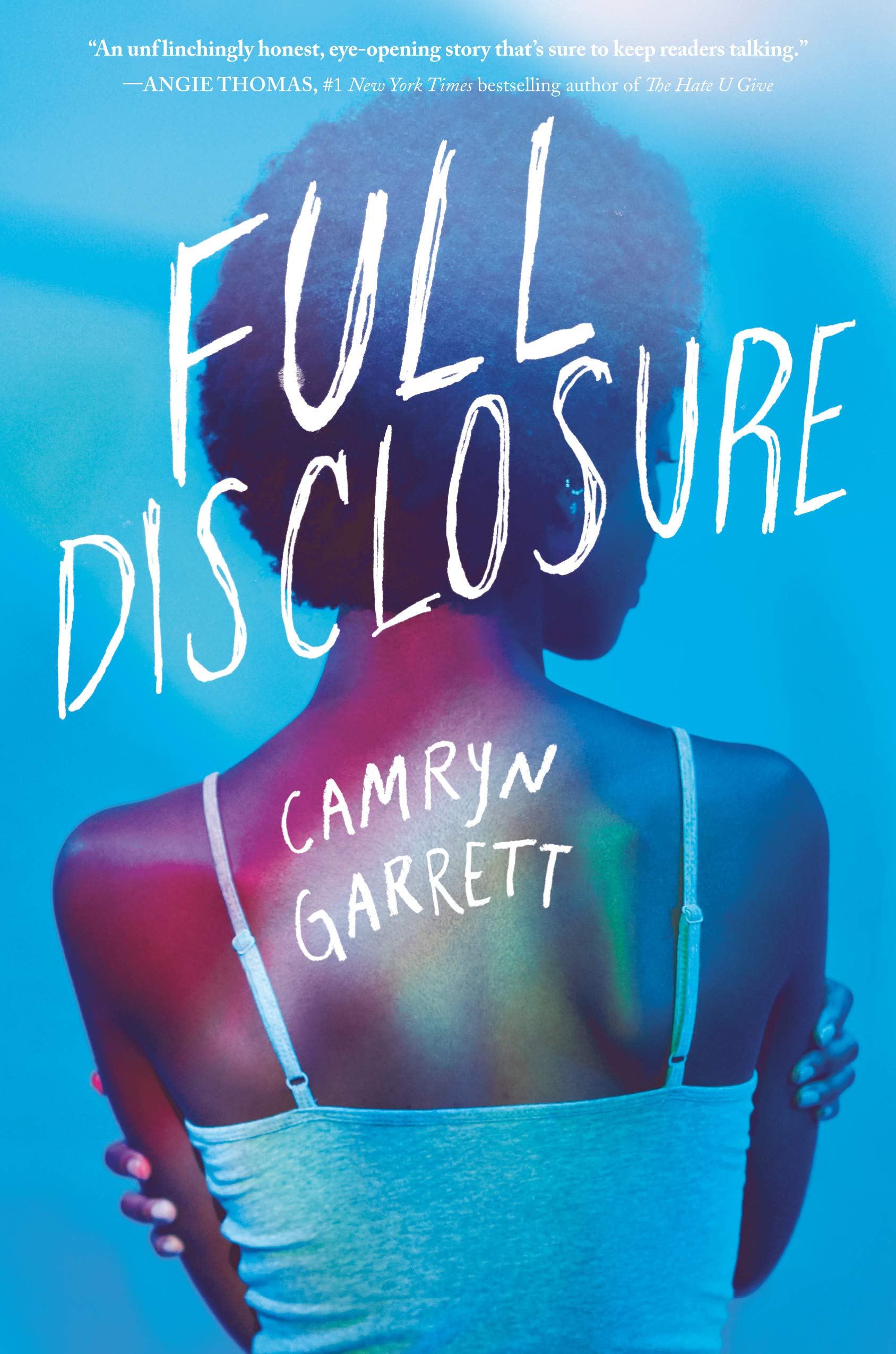 Simone was born with HIV. All her life, she’s attended doctor’s appointments, taken her medication religiously, and listened to countless lectures from her dads about what she needs to do to stay healthy and safe. Most of the time she appreciates how cool her dads are about everything, and how involved they are in her life, but now that she’s seventeen and has a serious crush on a guy from school, she’s starting to wonder more about sexual relationships and how to approach them as a person with HIV.

The good news is that her crush, Miles, likes her back (and he’s a really good kisser). The bad news is that someone knows about her positive status and is threatening to reveal her secret to the entire school if she doesn’t end things with Miles. She was always going to have to tell Miles about her status – but can their burgeoning relationship take the added pressure of an anonymous threat?

Before reading Full Disclosure, I had never thought a lot about what it’s like to be a teenager with HIV. Like many of the people Simone encounters in the novel, my limited knowledge of the subject was primarily connected with the AIDS crisis of the 1980s and ’90s and a running subplot on Queer as Folk years ago. If someone had asked me, I would have assumed that the stigma and ignorance surrounding positive status was largely a thing of the past, especially for a teenager who was born HIV positive. As Camryn Garrett’s thoroughly researched novel has proven, I would have been very wrong.

That’s one of the major reasons this book is so vital – it puts much-needed information out into the world, both about HIV itself and the difficulties of living with the virus. Most of the time, it’s not the health issues that are the hardest for Simone to face but the prejudice of other people, including those she believed to be her friends and adults who are meant to protect her.

But Full Disclosure is more than just an “issues” novel. I loved the vitality with which Garrett draws her characters, and especially the friendship between Simone and her two best friends, Claudia and Lydia. Miles is positively swoon-worthy, and the maturity with which he handles Simone’s confidence is enough to make you believe that maybe not all teenage boys are the worst. (I mean, of course they’re not, really, but sometimes that’s hard to remember among media depictions, real and fictional, that highlight where patriarchy has gone most wrong.)

I could have done without the trope of the protagonist being blackmailed about private information, but I think Garrett resolves it in an interesting way, and I suppose without it some readers may have felt there needed to be more tension in the book. I also appreciated the sex-positivity of this book (which primarily manifests as conversation and information-sharing among the main trio of friends), both for its realism and because it can serve as a resource for teens who may have limited access to that information in their own lives.

I look forward to seeing what’s next from this young author!

A copy of this book was provided by the publisher, Knopf, for review.