Walter Edmonds specialized in historical fiction, set in colonial New York. Some of his adult books have achieved near-classic status, such as In the Hands of the Seneca and Drums Along the Mohawk. But generations of children know him mainly as the author of this brief story, which won the 1942 Newbery Medal.

Edward Van Alstyne is a long-legged ten-year-old in the time of the French and Indian War. Even so, he is only half as long as the matchlock gun that hangs above the fireplace. A family heirloom, the big gun has never been used in living memory; not even when Edwards father goes away on militia duty, to protect the community from French-Indian raids. Of course it isnt used! It is too heavy for a man to carry, and it can only be fired by putting an actual flame to the touch-hole, like a cannon.

One terrifying night, when Edwards father has gone away to fight the Indians, Edwards dream comes true: he gets to shoot the matchlock gun. But it isn’t much fun after all, with Indian raiders attacking the farm, and the life of Edwards mother and baby sister at stake.

This is an account of a true story that was passed down through generations of Edwards family until a great historical writer got hold of it. It is surprisingly simple, brief, and to-the-point. Basically, one thing happens. Most of the story  which isnt long at all  is the increasingly suspenseful build-up to what you know is going to happen from page one. In those days, firing a gun was not as simple as it seems today. But then again, neither was the job of keeping your family safe… 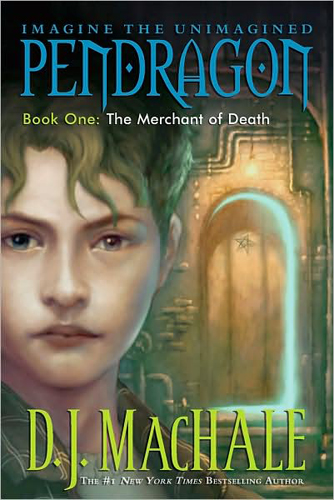 Book Review: The Merchant of Death (Pendragon Book One) by D.J. MacHale