The 21st Discworld novel centers, once again, on Commander Sir Samuel Vimes of the Ankh-Morpork City Watch. This time the adventure begins with a lost continent (actually, a small island) emerging in the middle of the sea between Ankh-Morpork and the dark continent of Klatch. Both countries make claims on the territory and a Klatchian prince is sent to Ankh-Morpork to hash it out with Lord Vetinari, the Patrician. But wouldn’t you know it, there’s an attempt on the prince’s life, and at first it looks like someone from Klatch hired the would-be assassins in order to start a war, and then it looks as though someone from Ankh-Morpork was only trying to make it look that way… and Vimes is determined to get to the bottom of things.

It doesn’t help, though, that the city is gung-ho for war against Klatch, which means hate crimes against Klatchian immigrants and a palace coup that puts a more military-minded person in charge of the city (a total idiot named Lord Rust, who I think is the head of the Historians Guild). Vimes, Carrot, and a handful of other Watchmen follow a trail of clues (and suspects) to Klatch, while Rust leads an army to what anyone but himself can see is certain defeat, and Colon, Nobby, Vetinari, and übergenius Leonard da Quirm go by submarine (!!!) to work out their own plan–which includes pretending to be clowns, and having Nobby dress in drag.

Amid the clash of crime-fighting, military, and political world views, as well as bits that cast Carrot as a Discworld Lawrence of Arabia, there is also fun, excitement, palace intrigue, and a talking dayplanner that is somehow getting signals from a parallel universe so that (at a moving point in the climax of the story) Vimes listens to news of his own death and that of all of his officers–most crushingly, I think, Carrot.

Three basic moral lessons seem to come up in this book. First, imperialistic jingoism is stupid and wrong. Second, the pride and avarice of men turn potentially minor problems into wars, in which the meaningless deaths of thousands does not seem to register in the minds of leaders. This too is stupid and wrong. And finally, good men, men of integrity, cannot endure being used by others to perpetrate a lie or commit a cowardly crime. 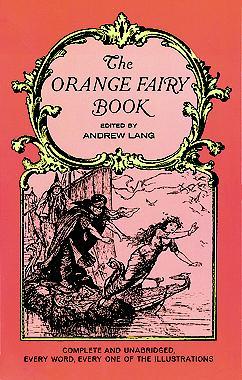