Midnight Is a Place
by Joan Aiken

Although this book’s connected to the Wolves series by the bleak setting of the industrial city of Blastburn, last heard from in The Wolves of Willoughby Chase, I believe it is separate from the series. It shares the series running theme of good children, through the malice and greed of bad adults, being stripped of their wealth and privilege and forced to find their own way in the world.

In this story, the children in question are two orphans being raised as wards of Sir Randolph Grimsby, an unpleasant and rather troubled carpet tycoon. First there is Lucas Bell, the orphaned son of Grimsby’s partner, whom he is grooming to take over the business. However, the tutor, Mr. Oakapple, is doing the actual grooming; and for another thing, the business is in pretty bad shape. The factory is full of dangerous equipment constantly killing or maiming the children and adults who work there. The discontented employees are preparing to strike, and a band of thugs is running a protection racket. A tax official is preparing to entail the whole kit and kaboodle, as well.

Into Lucas lonely life comes, not the older boy companion he has long hoped for, but a spoiled little girl named Anna-Marie Murgatroyd who only speaks French, whose grandfather founded the Midnight Mill which Sir Randolph now owns, and whose father lost the Mill in a bet. The emotional scars surrounding all this history, not to mention the trouble alluded to before, builds to a blazing, fatal climax one cold winter night. Suddenly, Lucas and Anna-Marie are alone in the world, without a protector, a home, an income, or any prospects.

At first, to be sure, they don’t find Blastburn a very nice place to be starting from scratch. There is a lot of unpleasantness from gangs on the street, gangs in the Mill, an unpleasant landlady, and a nasty job picking garbage out of the sewer where Lucas is menaced by giant rats, man-eating pigs, and a co-worker who has a touch of homicidal mania. Plus, they are trying to pay for medical treatment for poor Mr. Oakapple, who was injured on the night of the… ahem. You’ll find out what.

Slowly the two children turn their midnight into day again, in spite of all the nasty people and the nasty forces at work in a nightmare of an industrial city gone bad. They find friends in unexpected quarters; they grow stronger and braver, and find ways to fight back; and they inspire other people to come forward to make guilty confessions and courageous stands.

Midnight Is a Place is full of spooky, nasty, creepy, and dangerous things; but in its shadows lurk things that are lovable, moving, uplifting, and true. This could be the best book by Joan Aiken. 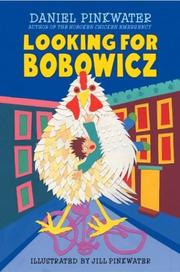