Several years ago, I read straight through the first 26 Discworld novels. My reviews of them were essentially the egg out of which the Book Trolley hatched. So I owe a lot to Discworld. Nevertheless, I haven’t cracked a single book in the series since then, the Tiffany Aching trilogy excepted. I have been content to let subsequent installments in Pratchett’s fantasy-philosophy-humor extravaganza pile up on my shelf, so that I can guiltily look at them while I pick other things to read.

Why did I stop reading Discworld? Any answer that I can give must have the word “momentum” in it. But the only excuse that really matters is that I have been reading other books. Hundreds of them. Why did I start reading Discworld again? At least partly, I was prompted by the news that Terry Pratchett had decided to stop writing them. He really has no choice, since Alzheimer’s disease is taking the ability from him. Little as I suspect he believes in prayer, I ask my faithful readers to “do a lap around the rosary” for Mr. Pratchett and his loved ones.

The news of his condition is deeply saddening, but this book will cheer you up. Published in 2002, it shows the author still in full possession of his gifts as a storyteller and humorist. And since I haven’t visited Discworld since 2002 or -03, it’s worth saying that it took me no time to get back into it. The characters of Sam Vimes, Carrot, Nobby, Fred Colon, Lord Vetinari, etc., reprised their roles in my mental cinema without any need for lengthy recap. They came to life again, and immediately began to entertain, as if six or seven years hadn’t passed since my mind’s eye last opened on the city of Ankh-Morpork.

Appropriately, this book takes City Watch Commander Vimes back to an Ankh-Morpork he only distantly remembers. As he pursues a serial killer across the rooftop of Unseen University’s library, Vimes and his suspect are transported back in time by a freak magical accident. Desperate to get back to his own time, Vimes makes a deal with the “history monks” to see the city through a tricky historical crossroads. First he must insinuate himself into the Night Watch, where he meets himself as a rookie copper. The elder Vimes quickly realizes that he must play the role of the seasoned veteran who taught his younger self everything he knows!

But that’s not the tricky part. The tricky part has to do with a riot that marks the end of one Patrician’s reign and the beginning of another’s. The old Patrician, Lord Winder, has grown so paranoid that his latest laws will lead, inevitably, to a revolt. Disarming the citizens, enforcing a strict curfew, allowing his soldiers to fire on peaceful demonstrators, and creating a “law within the law” whose enforcers apply hideous methods of interrogation… it’s only a matter of time until Winder gets himself assassinated.

Meanwhile, the people of the city are primed for a riot. Vimes knows it’s going to happen, because he has already lived through it once. He knows that the man whose identity he has assumed — John Keel, a natural leader of men — will be pivotal in saving many innocent lives. And he knows that before the night of chaos ends, John Keel will be dead.

While Ankh-Morpork’s society trembles on the brink of collapse, you will tremble on the edge of your chair or sofa. Vimes has only a handful of days to rise from a stranger found naked in the street to the inspiring leader who kept a quarter of the city safe through a night of cavalry attacks and siege warfare. Only John Keel could forestall a riot between the citizens and police at just that moment in history… only John Keel could organize the denizens of so many barricaded streets to defend themselves… only John Keel could keep the young Samuel Vimes alive, and teach him how to be a good copper, in those few days… and unless Sam Vimes can become John Keel, history will change and the child his wife was about to bring into the world may never exist.

That’s enough of a taste, I think, of what this book is about. Rely on Terry Pratchett to make it relentlessly funny, frequently moving, constantly exciting, and endlessly thought-provoking. It has its share of naughty innuendoes, yet the merits of Vimes’ philosophy and ethics could stimulate serious debate. Its huge gallery of characters contains fine observations of many personality types, while also leaving plenty of room for broad humor. The plot exhibits many gears of varying shapes and sizes turning at different speeds, yet it all seems to move together smoothly and in order. And the possibility that the Ankh-Morpork we know could be wiped from history, provides material for some really nifty suspense. 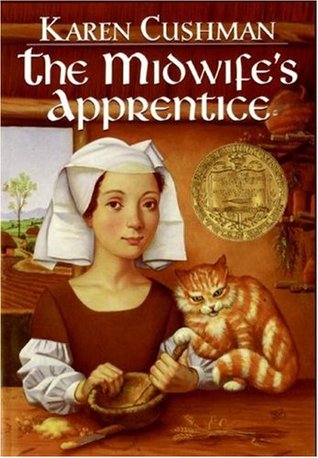