This fine trilogy of short, young-readers’ novels consists of the three “Books of the Nomes,” entitled Truckers, Diggers, and Wings. They recount the adventures of a group of four-inch-high people who have lived under the floorboards of human buildings, or in holes in the ground, for thousands of years… and how, little by little, they discover a wider world, outside the narrow confines of what they always thought of as the whole world.

Masklin and his dwindling little tribe have lived under a motorway embankment for generations, but now he is the only able-bodied hunter left. Aided by strong-headed female Grimma, he leads the old folks on a perilous journey that ends– or, to be more accurate, stops– in a department store called Arnold Bros (est. 1905).

Talk about culture shock! Masklin and his people have never been indoors before. But to the thousands of nomes living under the salesroom floor of Arnold Bros (est. 1905), the very idea of anything existing Outside the Store is unthinkable. And when they find out that the store is about to be closed down and demolished, it’s very hard to make the Store Nomes believe.

With cleverness and charisma, and the help of friends new and old– though, as nomes will, they bicker all the time– Masklin hatches a daring plan to move all the Store Nomes back Outside. The tough part is, how do four-inch-tall people drive a big truck? So far, Truckers.

Diggers finds the nomes struggling to adapt to life in an abandoned quarry. But just as they’re starting to get the hang of it, the humans decide to un-abandon the quarry. While Masklin and two companions are away, searching for the key to the nomes’ forgotten past, Grimma and the chief tinker Dorcas try to hold things together at the quarry. But soon events escalate to a serious matter of “fight or flight.”

And finally, Wings follows Masklin, vehicle-crazy Angalo, and devout Gurder on their transoceanic quest to retrieve the dormant spaceship that brought the nomes to Earth thousands of years ago. In one risky venture after another, they make their way to Cape Canaveral for a climactic test of what little folks can do without the help of big people.

The story is full of danger, humor, and a perceptive look at philosophy, science, and religion. The characters have interesting relationships, believable problems, and lots of soul searching to do. And their perspective on the world we live in gives us a chance to look anew at all the things we take for granted. Maybe the world will be bigger for you, too, when you are done reading this trilogy. 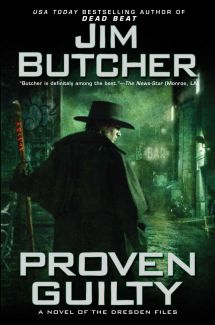