Published in 1848, the year before her death at age 29, this was the second novel of “the other Brontë sister.” It stands out among the seven novels those three sisters wrote between them—though not necessarily as the best-executed piece of writing, nor as the most daring structural experiment, nor the most enduringly appealing romance. It stands out, rather, as a searingly realistic depiction of a failing marriage at a time when wives were still their husband’s property under English law. Its author braved public scandal and critical reproof to expose, in grim detail, the evil consequences of marital infidelity, alcoholism, coarseness, cruelty, jealousy, and gossip. The book sharply criticizes the social mores that made some women prisoners of their abusive husbands, that rushed people into unsuitable matches not based on mutual love and respect, and that robbed creatively gifted women of their artistic independence.

Far from being a celebration of adultery, debauchery, and bad parenting, this book is if anything a manifesto against such moral excesses. Some would call it one of the first great feminist novels. Others might call it a realistic rebuttal to the romanticized horrors of sister Emily’s Wuthering Heights, or view its heroine an antidote to the self-absorption of Jane Eyre. Charlotte Brontë called it a piece of hack work and prevented its republication between Anne’s death and her own. But I call it a deeply-felt and even more deeply thought, courageous, complex, scathingly honest, searchingly conscientious novel about a love turning bitter, an upright soul caught in a moral dilemma, a mother protecting her son from his father, and an imperfect but well-meaning man at war with his own heart.

Fans of Wuthering Heights may find something familiar in the structure of this novel, which shares the former masterpiece’s “nested narrators” and affects to be a letter from male protagonist Gilbert Markham to his unseen friend Mr. Halford. In the center of this long letter is a thick section excerpted from the diary of the supposed widow Helen Gibson, who turns out actually to be a Mrs. Huntingdon on the run from a Mr. ditto. In defiance of legal statutes and social customs, she has abandoned her husband and taken their young son Arthur with her. Why did she leave him? It wasn’t being left alone in a country manor for months at a time while he raised Cain in the city. It wasn’t having her tranquil home invaded by his raucous friends. It isn’t being subjected to the unwanted advances of one of her husband’s chums and neighbors. It wasn’t his heavy drinking, his psychological cruelty, his lack of sympathy for Helen’s pious views, or even his affair with another man’s wife carried on under their very noses. All this she puts up with for several years. Helen’s “firing solution” is the danger she sees that her husband will corrupt their son and make him such a one as himself.

So she packs it in, retreats to a ruined mansion in a remote county, and tries to support herself and little Arthur by selling her work as a very talented painter. And it would have worked beautifully, too, were it not for a community full of prattling tongues, the passion of young Farmer Markham, and the spite of a parson’s daughter who feels herself robbed of Gilbert’s attentions. Finally Helen goes back to her husband, not to submit to his caprices, but to nurse him at his deathbed in a wrenching depiction of the end of life that is sure to tarnish the halo of sentimental sweetness that surrounds many another death in Victorian literature. And still this does not quite open the way for Helen and Gilbert to be together—nor is the final understanding between them necessarily the ideal outcome for a character in Helen’s situation. In Anne Brontë’s world, making a woman happy is an awful responsibility for a husband, just as choosing the one who will do so is a terrible gamble for her.

Above all other remarks about this book, I want to sing its praises. Anne Brontë was a wonderful writer whose early death was a great loss to English literature. She knows how to turn a striking phrase, how to use scenic descriptions to great psychological effect, and how to get her characters to communicate much while saying little. To qualify the tragedy of her untimely death as “almost as great as the loss of Emily” would be to diminish it too much. With Emily’s Wuthering Heights we see a great romanticist spring at once into her fullness of powers; there is no way to guess what direction her career might have taken from there. Anne, on the other hand, made a tremendous leap forward from Agnes Grey to this book, and at that rate of progress she ought to have been writing circles around her better-regarded sisters within another book or two. More to the point, her book avoids the sins of romanticism in which her sisters’ debut novels unrepentantly wallowed. It is a work of amazing insight and integrity.

To be sure, there are some clumsy, beginnerish touches in it—such as the early passages that simply describe a set of characters without capturing them in candid action, and corresponding passages at the end in which Gilbert interrupts his narrative to insert sketches of their subsequent fates. And, again as in Agnes Grey, Anne toys dangerously with the concentration of Methodist moral and doctrinal apologetic that a novel can hold in its solution. But the exactions of listening to Helen Huntingdon sermonize are repaid by the sympathy the reader feels for her emotions as her pure ideals are tested by conflicting desires and, at times, a torment of suspense. Before this story has run its course, both Helen and Gilbert run the full gamut of temptations to be resisted, dilemmas to be faced, painful resolutions to be borne, and guilty words and deeds to make amends for. Most likely there will always be debate on whether the ending is as happy as it could be, or perhaps happier than it should be. But where some books leave you relishing the scandal they provoke, this one—if it scandalizes you—should leave you abhorring the evils it so frankly depicts. And if that is the case, I think Anne Brontë would consider her book a success. 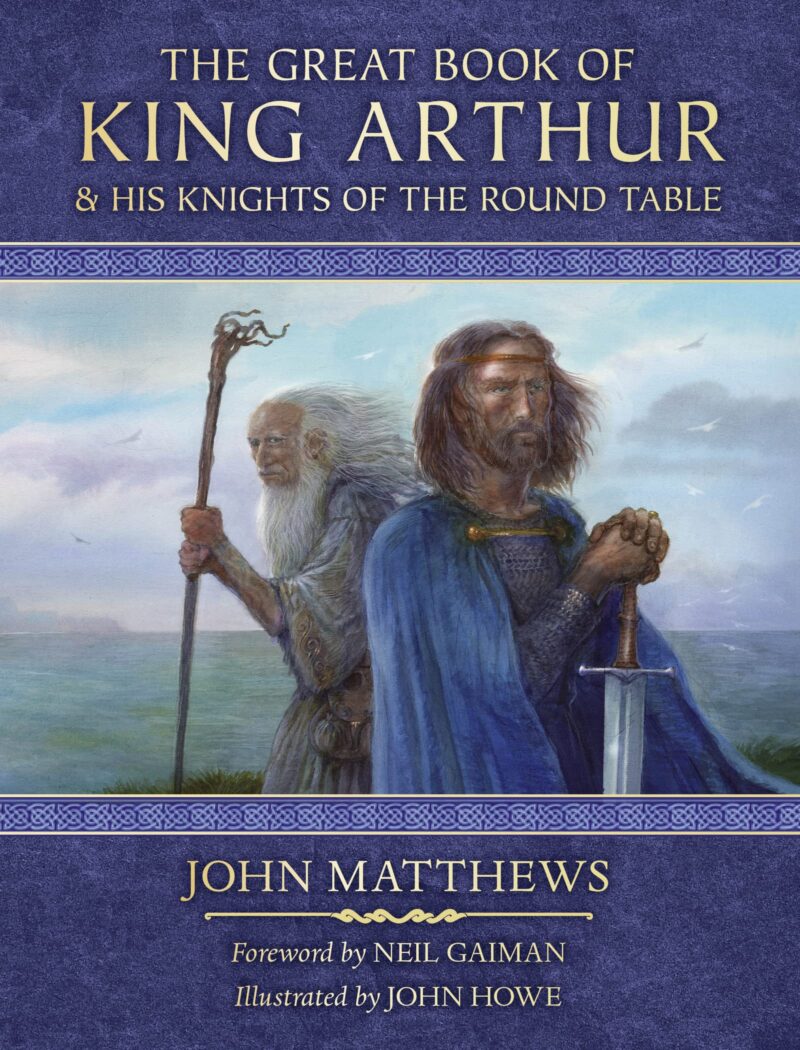 Book Review: “The Great Book of King Arthur & His Knights of the Round Table” by John Matthews, Illustrated by John Howe