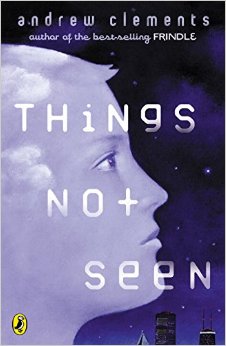 Things Not Seen
by Andrew Clements

This one’s pretty good. It’s written in the first person, from the point of view of a fairly bright 15-year-old who speaks exactly like a 15-year-old boy. The book begins with Bobby Phillips waking up in the morning, taking a shower, and stepping in front of the mirror to discover that he has gone invisible overnight. He frightens the daylights out of his parents–his mother is a U of Chicago English prof, his father a physicist who smashes atoms for a living–and they decide to keep him home from school and keep Bobby’s problem a secret. They’re afraid that if anyone finds out, the government will take Bobby away and they’ll never see him again.

But while they’re trying to solve his problem–which isn’t too easy to solve–the school, the dept. of child welfare services, and the police become interested in what has happened to Bobby, who before you know it has missed a month of school and his parents refuse to disclose his whereabouts. It’s looking like they’ll go to jail pretty soon, on suspicion of hacking up his dead body and flushing it down the toilet or something, if he doesn’t figure out how to get visible again.

Meanwhile, Bobby asserts his independence by taking field trips, either bundled up from head to toe or totally naked (depending on the weather). He discovers a pretty blind girl at the library, a girl named Alicia, who along with her parents (her Dad’s a scientist too) becomes a party to his secret. Alicia also becomes Bobby’s close friend. But she has anger issues about going blind (which happened suddenly, not long ago) and that makes part of Bobby’s adventure an angst-filled teenage love story. Another part is a love story between a boy and his parents, who are both kind of bossy and domineering until they learn to respect Bobby as an adult person, a respect he earns as the ordeal matures him a little.

It’s a neat story, about as realistic as any teenager-wakes-up-invisible story can be, from a human standpoint. The science gibberish doesn’t even pretend to be any more than gibberish (you’ll LOVE what caused his invisibility) and the solution is kind of cheap and too-easy, but the resolution of Bobby’s personal problems is more interesting anyway. Especially his feelings toward Alicia, and her increasingly well-rounded character. 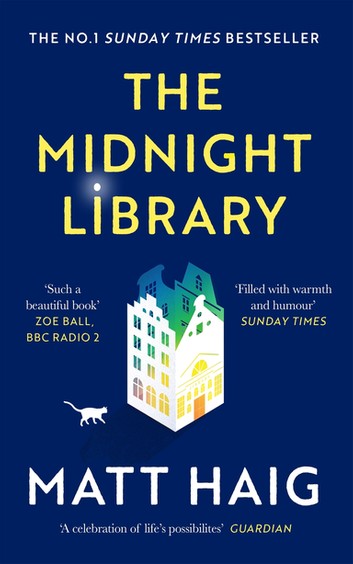