This 1853 novel is important in many ways. For one, it is the last novel to be completed by any of the three celebrated Brontë sisters, and it shows the furthest development of an artist whose career as a published author started with Jane Eyre. It draws on its author’s experiences as an English teacher at a boarding school in Brussels, where (among other unhappy experiences) she suffered from loneliness, homesickness, and possibly an inappropriate but unrequited attachment to her married employer. It also depicts characters based on other people Ms. Brontë knew, reacts critically to styles of art and entertainment she had experienced, and expresses a deeply negative view of Roman Catholicism as a facet of the author’s devout Protestantism.

If its narrator, an outwardly cool but inwardly troubled young lady named Lucy Snowe, really reflects the author’s attitudes and feelings, this novel must then reveal Charlotte Brontë to be anything but the model of a conventional, Victorian girl—demure, dutiful, spotlessly virtuous in thought and deed, etc. Rather, it seems to be the confession of a spiritually troubled young woman who suffered greatly from solitude, heartbreak, and depression; who, while bearing these afflictions, sought to make her own way in the world, armored with a fiercely independent spirit and at times a biting wit; who frankly admitted feeling unlawful desires and entertaining such mental house-guests as jealousy, peevishness, a dread of ghosts, and near-suicidal despair. It is a daring story in that its narrator is sometimes unreliable, deceiving the reader or playing coy with the nature of her afflictions (such as exactly what became of her immediate family); even its ending is ambiguous, suggesting that something dreadful happened but inviting the reader to imagine a happy ending instead.

We first meet Lucy Snowe as a girl staying with her godmother Mrs. Bretton and the latter’s son Graham, along with an even littler house-guest named Paulina Hume. No sooner is the stage set for some melodrama than this episode passes, and the setting changes, and we find a grown-up Lucy waiting at the bedside of an elderly invalid who confides the heartbreak of her life during the first of the book’s many moving passages. Through some tragedy or another, Lucy finds herself alone in the world and decides to try being a governess or a teacher somewhere across the sea. She settles in a country called Labassecour (somewhere in the neighborhood of Belgium), in the capital city called Villette (modeled on Brussels), at a boarding school directed by a Madame Beck, quickly moving up from being a nanny to Mme. Beck’s own children to teaching English in the school itself. All this time she suffers from the culture-shock of being surrounded by people who speak a different language and practice a different religion; until, left alone during a school break, she becomes so completely miserable that it almost kills her.

This crisis is not so much relieved as succeeded by a new set of problems. Lucy loses her heart to a handsome, English doctor who (she belatedly reveals) is our own Graham Bretton from the beginning of the book. But as kind as “Dr. John” is (don’t ask), he never gives his heart to her. Lucy’s torment is exquisite as she schools herself to bury her passion for Graham while, at the same time, trying to ensure that he chooses the right girl of two beautiful cousins. Then she starts to have feelings for the brusque, moody M. Paul Emanuel (the “M” stands for “Monsieur,” silly)—a relative of Mme. Beck’s, who teaches literature and other subjects when he isn’t trying to bring Lucy under the discipline of the Catholic Church. Even as it grows increasingly obvious that their love can never be—their religious differences being only one of the reasons—Lucy’s desperate need for some kind of happiness becomes so unbearably urgent that it may make you squirm. And does she find it? Ah! That’s where the book cheats you; or rather, it forces you to choose between the happy ending you would like and the probable ending that you wouldn’t.

Make no mistake, this book will lead you on a gruelling journey. It is a fascinating one, though—full of scenes and characters and ideas and details that form a speaking picture of Lucy Snowe, Villette, the school, and a whole remarkable way of life. Perhaps as deeply as any novel can, without becoming unreadable, it explores the inner workings of one woman’s heart in a situation in life that is not conducive to a conventional storyline with a tidy ending, a neat resolution, or poetic justice for its good and bad characters. It is, in fact, more or less a slice of life with all the unpoetical injustices left in and, where a happy ending is wanted, at best the memory of a circumscribed period of incomplete happiness, followed by… Well, whatever life brings next.

If you want the girl to end up in Mr. Rochester’s arms, read Jane Eyre. To meet a young woman whose mundane outer struggles and colossal inward ones continue indefinitely, this is your book. The other story may be more in line with your romantic ideas. But this one seems, at times, to be opening your heart and reading it back at you. I’m neither a woman, nor a teacher, nor a foreign traveler, nor a victim of unfulfilled love… but I recognize many of the feelings Lucy Snowe feels in this book. And so in struggling to understand Lucy, one might perhaps feel a comforting sensation of Being Understood.

FOREIGN LANGUAGE ADVISORY: To understand some of the dialogue in this book, it may be helpful to study a year or two worth of French. Evidently Charlotte Brontë assumed that her appreciative reader would have such a background of linguistic study. It might be interesting to know how these passages play in French translations of the novel, but enough said. 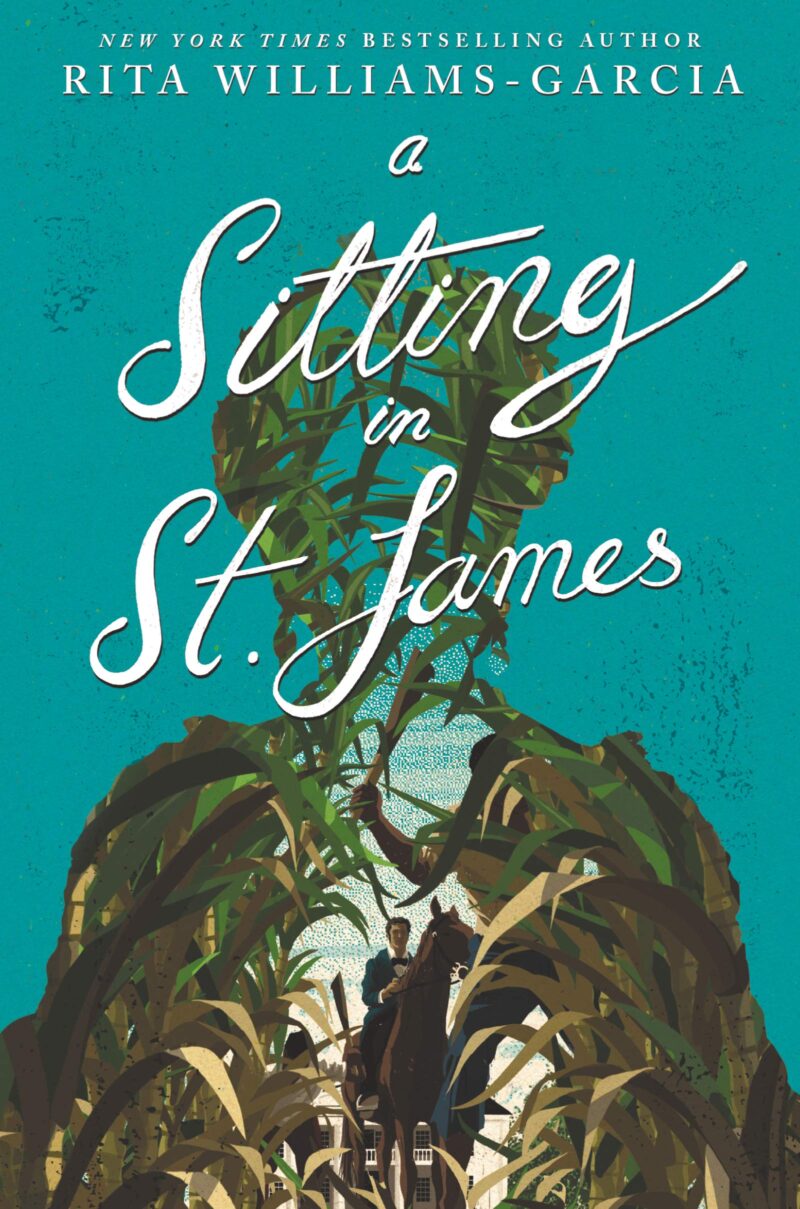 Book Review: “A Sitting in St. James” by Rita Williams-Garcia