This is the third tale in a series featuring up-and-coming “Light Witch” Abby Clover and her best friend Spike.

This time, Abby’s Dark Witch nemesis, Wolfbane, has hatched another evil scheme to destroy all the Light Witches-starting with Abby and her friends-and take over the world. To give you an idea, without giving away too much, it involves a new and more powerful source of Black Dust that is more powerfully evil than any weapon Wolfbane has wielded before. In order to get this Black Dust, Wolfbane must get hold of a powerful tool of pure goodness: the sword Excalibur. And to get Excalibur, Wolfbane must hunt down Abby and her party, who have eluded his grasp by going back in time to the Wild West.

Back, more precisely, to the troubled town of Silver Springs, Arizona, in the year 1886. Back to a place where not all melodrama is played out on the stage of the town’s theatre. For Silver Springs has its own villain, the appropriately named Bart Stoneheart. As if stealing land and cattle, and enslaving a whole valley full of people to toil in his silver mine isn’t bad enough, Stoneheart also wants to meddle with the ending of Shakespeare’s Romeo and Juliet.

This is too much for Abby’s friend and mentor, chief Light Witch and thespian Sir Chadwick Street, who joins Abby and Spike in her adventure. Also coming along are Sir Chadwick’s wife and acting partner Hilda, the ancient mariner called Captain Starlight, and a magician known as the Great Mandini. But even the safety of numbers does not seem to be enough, when Wolfbane and his evil parents are at large and incognito, and the whole party has only a wandful of Ice Dust with which to fight back against their evil scheme.

To those of you who haven’t read The Witch Trade and The Time Witches, none of what I have just said will make any sense. But take my word for it, this is an enjoyable tale set in a unique world of magic. And coming from a British point of view, it is particularly interesting for me to see my own home state adorned with majesty and magic and wide-eyed wonder (and yes, the climate really is as described in the book). Real history, imaginative fantasy, humor, action, anagram spells, campy villains, and arty types who unexpectedly prove to be dashing heroes, add up to make this a book Harry Potter fans will enjoy. 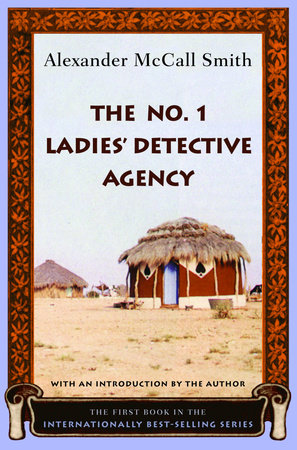