In the second book of “Annals of the Western Shore,” gifted maker (poet) Orrec Caspro and his animal-whisperer wife Gry Barre come to the city of Ansul, fabled for its literature and its scholarly culture. But it seems they have come seventeen years too late: for Ansul has been conquered by the Alds, the people of the Asudar desert to the east. Unlike the people of Ansul, who revere countless gods and ancestral spirits, the Alds are devoted to the worship of one deity: the burning god Atth, whose word is to be spoken and never written, and who deems all other gods to be demons. To the Alds, all writing is demonic by definition. So they have taken every book they can find in Ansul and thrown it into the sea, or buried it in the mud. The only irony is that they don’t burn books, because burning is a symbol of their god’s blessing. And now, seventeen years later, the library and university of Ansul, its learning and history, and even the city’s thriving trade with neighboring states, are but fading memories—except in one house: Galvamand, the half-ruined headquarters of the Galva family.

In Galvamand there is a secret room, built into the hillside at the back of the house and warded by an invisible door that will admit no one but members of the family. In that room is all that remains of the city’s culture, some of it preserved since the beginning of civilization on the Western Shore, some brought there in secret to protect the few books missed by the ransacking priests of Ald. And there remain two members of the Galva bloodline who can enter the room and read the books: the old Waylord, half-crippled by his torture at the hands of the Alds; and a girl named Memer, whose mother was raped by an Ald soldier at the time of the conquest, and who has no memory of the city as it was before.

When Orrec comes to Ansul with Gry, her trained halflion, two horses, a lyre, and a headful of epic poetry, his presence tips the balance of a city that is poised between slavery and freedom, between light and darkness. The Gand, who commands the Ald forces in the city, is at a tipping point between his love of poetry and the bitter righteousness of the priests. The Ald culture itself is at a tipping point between a new order that wants trade partners and allies rather than slaves, and an old king driven by a strange belief that Ansul contains the gateway to hell and that the battle to close it would bring about the end of the world. The people of the city are at a tipping point between waiting for the Alds to leave and driving them out by force. And Memer herself is at a tipping point between letting her hatred of the Alds close her mind, and opening it to find a new role for herself in the destiny of the city. At the pivot of all these tipping balances is a poet with a beautiful voice and a creative gift—a man who feels unprepared to be a symbol of the struggle between all these forces.

Disguising herself as a boy, as a groom named Mem, Memer sees the Gand with her own eyes, and meets an Ald boy who is desperate to have a friend. She struggles to reconcile her growing knowledge of the Alds with the anger she has cherished for so long. She faces her darkest fear at the shadowy end of the secret library, where a long-silent oracle waits to speak through her. And she witnesses the chaos of a failed attempt to overthrow the Alds, followed by the news that the avenging Alds are riding toward Galvamand. Up agaisnt her home’s imminent destruction, she has only a few mysterious words of the oracle to steer by: “Broken mend broken,” and the like. And finally, the fate of Ansul may depend on saving the tyrant who conquered it before she was born.

Once again, this young-adult novel by the author of A Wizard of Earthsea delivers rich, deep, world-building magic, with awesome hints of an ancient mystery at its bedrock, and a soil richly loamed with the heroic legends, religious rituals, and complex history of at least two different cultures. In certain ways it seems to resonate with the conflict between religions like Hinduism and Islam, or between nations like India and Pakistan. With Ansul’s almost debilitating burden of worship towards its endless list of gods on one hand, and the Alds’ at times fanatical devotion to one god on the other, it would take a miracle for the two peoples to make peace as equals. That there seems to be a chance of this by the end of this book, shows the gentle, kind, unjudging outlook of the maker who made this world. She amazes me, and moves me, with every book she writes. Nothing will delay me in reading the third book of this trilogy: Powers. 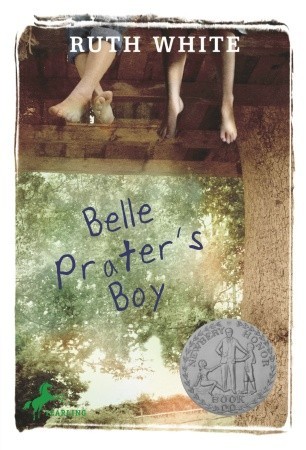 Book review: “The Runaway King” by Jennifer A. Nielsen