Finnikin of the Rock
by Melina Marchetta
Recommended Ages: 14+

The Australian author of Jellicoe Road has dealt with many issues facing today’s young adults: loneliness, depression, grief, single pregnancy, suicide, racism, family and school problems galore. Then she turned toward writing YA fantasy, and the “Lumatere Chronicles” is the result. In this first book of the trilogy, we are introduced to a gripping, romantic fantasy about sexy young people riding horses, sailing ships, and fighting with bows and arrows and swords, all to restore a lost kingdom. What sets it apart from every other tween melodrama about prophecies being fulfilled, curses being broken, secret identities being revealed, and prisoners being delivered from durance vile? Why, real-world problems, of course! For under the story of a young man who set out to find his country’s long-lost king, ten years after the people of Lumatere were divided and scattered by the “five days of the unspeakable,” there is a bedrock of ripped-from-the-headlines, real-world issues. Issues like racial prejudice, religious intolerance, slavery, civil war, genocide, and tyranny. Street children, sexual assault, poverty, disease, and refugees longing for either a new homeland or a way back to their old one—all these themes and more accompany the obligatory tale of action, intrigue, and heart-throbbing romance. The combination proves to be richer and deeper than you might expect.

It began with an event always described as “five days of the unspeakable.” Finnikin, then nine years old, witnessed it all. His best friend, Prince Balthazar, disappeared, leaving only a smear of bloody handprints on the kingdom walls. The rest of the royal family was slaughtered by assassins. Finnikin’s father, the captain of the guard, had failed in his duty—and now, for refusing to bow to an impostor king who was the puppet of a neighboring power, he was sent to an inhumanly awful foreign prison. The boy’s stepmother, sentenced to burn at the stake, instead died in childbirth along with her baby. The new king carried out a literal witch-hunt, persecuting an ethnic and religious minority to the point of extinction. And while some Lumaterans fled the walled kingdom to live in exile, those left behind turned a blind eye to the suffering of their neighbors. Thus a horrible curse was unleashed on the land. A once harmonious kingdom was now divided between those trapped within the walls and those trapped outside—the victims of a sadistic tyrant, and a diaspora of struggling refugees, slowly losing their identity as a people along with their hope of ever finding a place of their own.

As apprentice to the late king’s First Man, Finnikin’s mission for the next ten years is to learn the arts of diplomacy and leadership. He studies foreign languages. He visits foreign courts. He practices foreign martial arts. Together with his master Sir Topher, he checks in on the refugee camps, and begins to write a book naming every known Lumateran in exile, alive or dead. At the end of ten years, Topher has developed the skills and charisma to lead his people to their new homeland—if only he can convince one of the neighboring kingdoms to give them one. Never does he dare even dream about getting back into Lumatere, and healing his broken people. To do that he would need to break a blood curse. And find a lost prince. And raise an army. And do many other things that seem equally, and increasingly, impossible. It isn’t realistic. He passionately believes in his plan to settle the exiles in an unpopulated corner of some other kingdom—even though his conscience bugs him about it.

It bugs him because of a boyish blood-oath that he shared with the missing prince and his cousin Lucian. It bugs him in unsettling dreams, in memories of a frightening prophecy, and at last in the flesh-and-blood form of a girl named Evanjalin, a cloistered novice who claims to share the dreams of people trapped inside the walls of Lumatere. Evanjalin also claims that Balthazar is alive, and that the time has come for him to lead his people home. Finnikin suspects from the beginning that Evanjalin is going to lead him and Sir Topher into trouble, but he has no idea how much trouble. Strong-willed, cunning, deceitful, and shrouded in layer upon layer of mystery, Evanjalin drags a reluctant but heroically capable Finnikin along on an insanely dangerous quest to do all those seemingly impossible things, and more. By the time Finnikin realizes that his heart belongs to Evanjalin, he has broken out of a hellish prison, reunited with long-lost friends and loved ones, faced off against everything from a petty thief to an enemy army, and learned that the girl’s destiny—as well as his own—is greater than he could ever have imagined.

There needs to be somewhat of an Adult Content Advisory on this book, because of its characters’ frankly physical romantic (and sometimes un-romantic) activities. While I’m at it, I might also slap on an Occult Content Advisory, out of respect for parents who might be concerned about exposing their kids to a book in which two distinct goddess religions are discussed and eventually blended. But above all, be alert for the possibility of Thought-Provoking Content, as the uniquely situated continent of Skuldenore serves as a proving-ground for ideas about issues in human rights and international affairs. Emotionally powerful and satisfying as it is, bear in mind too that this is not a standalone book. To read it is to become personally involved in its characters’ lives. And then, for better or worse, you’ll be committed to reading the rest of the trilogy: Froi of the Exiles and Quintana of Charyn. 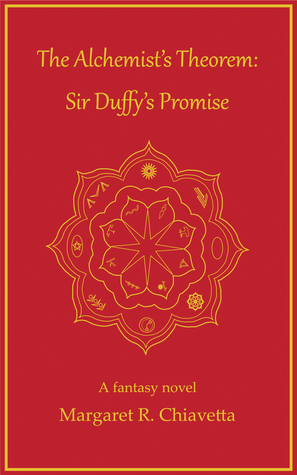