What do a wearh, a manjasang, a nachzehrer, and an alukah have in common? In this sequel to A Discovery of Witches, we find out that they are all words for “vampire” used across 16th century Europe, from Oxfordshire to the Auvergne to the Jewish Quarter of Prague. Present-day American witch Diana Bishop has the opportunity to learn about them, not only as a post-doctoral scholar of the history of alchemy, but also as the time-traveling wife of a vampire prince known by just as many names: Mattieu de Clermont, Matthew Roydon, Sebastian St. Clair, Gabriel ben Ariel… One accumulates aliases when one has lived a thousand years or two. And when the unlikely lovers travel back to 1590 England in search of a manuscript that holds the secret to what ails the 21st century’s vampires, witches, and demons—collectively known as “creatures” as distinct from regular human beings—Diana learns a lot about her mate, while Matthew gets to try on many of his old identities again.

Going to ground in Elizabethan England seemed like a good idea when the Congregation (the council that polices creatures) was after the couple, partly because their interspecies romance is supposed to be an abomination, but mostly because the Congregation wants to get hold of the alchemical text known variously as Ashmole 782, the Book of Creation, and the Book of Life, before Diana and Matthew find it. Get used to things having multiple names. It’s not as hard as what Diana must adjust to, suddenly immersed in a period of history she had only read about. She has to learn French, Latin, Greek, and a whole new (to her) way of speaking English. She has to adjust to 16th century fashions in dress and behavior, and must constantly explain her unorthodox relationship with Matthew, both to mortals and to other creatures. And most dangerously, she must find someone who will teach her how to use witchcraft and the strange magic that lives inside her (two different things, by the way; that’s an important distinction in this series). For unless she makes up for lost time and fast, she and Matthew will remain lost in time forever.

Diana’s multi-layered quest (to learn witchcraft, to find Ashmole 782, and to penetrate the barriers to her complete intimacy with Matthew) becomes still more complicated as she appears suddenly in his life, from the point of view of Matthew’s 16th century friends. And his life is already complicated enough, what with witch trials in Scotland, and intrigues in the court of Queen Elizabeth I, and a demon poet named Christopher Marlowe harboring a jealous love for the vampire. Matthew’s circle of friends comprises the “School of Night” mentioned by Shakespeare in Love’s Labours Lost. Marlowe, Sir Walter Raleigh, polymath Thomas Harriot, poet George Chapman, and “Wizard Earl” Henry Percy are frequent visitors and associates of the vampire prince; the Countess of Pembroke does her alchemical experiments practically next door; and Matthew is not only a secret agent for the Queen, but perhaps an even more secret member of the Congregation during that turbulent time. As if that doesn’t make things complicated enough, King James of Scotland expects Matthew to help him crack down on Diana’s kind, while Queen Elizabeth wants him to fetch alchemist Edward Kelley back to England, and Holy Roman Emperor Rudolf II doesn’t want to let him go, and early scientist John Dee is pining for a certain manuscript that Kelley stole from him, and all of Europe seems to be full of witches, vampires, and demons who want either to harm Diana or to control her.

Fleeing the threat of being implicated in the witch trials, they run straight into the arms—the not immediately very welcoming arms—of Matthew’s vampire father, whose death after World War II is one of those walls around Matthew’s heart. Diana soon learns more than she ever expected about what it means to be part of a vampire family, even without being a vampire herself. These lessons come in handy later when she is menaced by the vampire king of London, stalked by jealous creatures, and forced to play deadly games of protocol in the courts of Rudolf and Elizabeth. Meanwhile, she takes lessons of another kind from a coven of kindly witches, including one who understands the strange reason Diana’s witchcraft is all messed up. Goody Alsop helps unlock Diana’s powers, not only as a magician with power over the four elements, but also as a special kind of witch: one who does not learn spells, but creates them. As a time-spinner, Diana is in trouble enough. As a weaver, she is in even more danger. But it is a third surprising aspect of her talent—something to do with power over life and death—that brings Diana and her husband their greatest surprise, heartbreak, and (perhaps, yet) a bundle of joy…

Have you ever wondered what the Twilight Saga would be like, if it were actually a mature, smart, and powerful love story with genuine (and not cheap imitation) excitement, mystery, spookiness, sensual beauty, a well-shaped plot, and a touch of cultural enrichment? That’s what the All Souls Trilogy is. Yes, it has bedroom scenes (so, Adult Content Advisory!). And yes, it has some arcane hocus-pocus (so, Occult ditto). But it also has a fine figure of a vampire as its male romantic lead: one who doesn’t sparkle in sunlight, who has reached educational goals far beyond repeating high school over and over, and whose complexities of character are far darker and richer than those of the eternally angsty teen. And instead of a catatonically sullen heroine who quivers helplessly while the hot vampires and werewolves fight around her, it has a brilliant and powerful woman in Diana: vulnerable in all the right ways, but still able to take care of herself to a surprising degree, whether with a knife (before she learns how to control her magic) or with the aid of her beautiful familiar (after). I won’t spoil who or what her familiar is. It turns out that most witches don’t have a familiar, but Diana is that special type that does; and her familiar is especially special. You’re in for a treat. But first, don’t forget to read A Discovery of Witches. And then you’ll be ready to pre-order Book 3, The Book of Life, expected in July 2014. 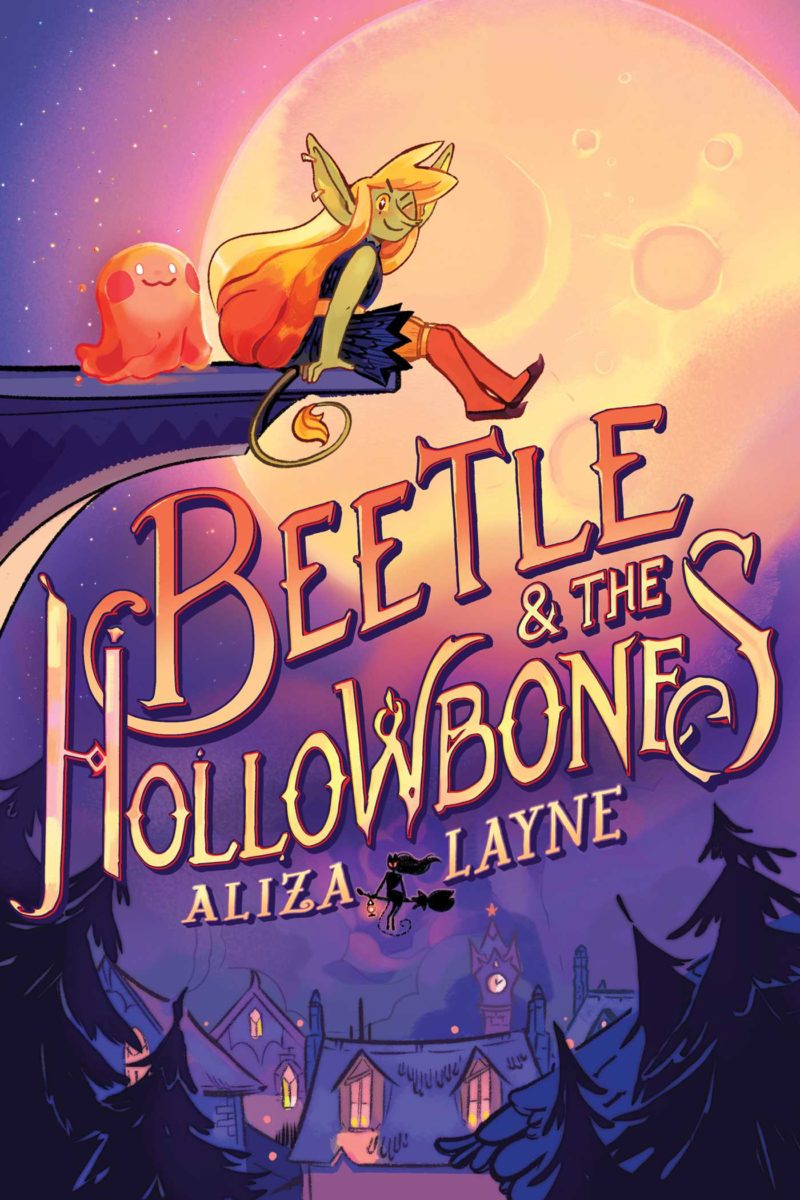