The Lost Journals of Ven Polypheme, allegedly discovered in an archeological dig and reconstructed by an expert scholar, relate the experiences of a young explorer in a long-ago world full of magical races, objects, and stories. In this third book, following The Floating Island and The Thief Queen’s Daughter, Ven and his friends flee from the frying pan to the fire. By “frying pan” I mean the Inner Market, walled up inside the Gated City, walled up inside the seaport of Kingston, where the Thief Queen has just been cheated of her prey. By “fire” I mean, well, fire. A dragon’s fire.

Tipped off that Felonia is out for revenge, and threatened by an unkindness of ravens (such an apt word), Ven collects his human friends Clem and Char, pickpocket extraordinaire Ida No, his merrow friend Amariel, and the quiet little Gwadd girl Saeli, in the back of a produce cart driven by a Lirin forester named Tuck. Together this diverse group will answer a riddle put by the River King, investigate the disappearance of Saeli’s people, intervene in a war brewing between the Lirin and Ven’s Nain folk, and—if they survive that far—ask a dragon named Scarnag why he has made himself the scourge of the countryside. And they’d better hurry, because Amariel has one turn of the moon to get back to the sea, or she will be stuck with legs instead of tailfins.

Ven’s relationship with his friends hits a rough spot in this installment. He had hoped his friends from Mrs. Snodgrass’s wayside inn would get along with the merrow girl who once saved him from drowning. But the suspicion between the merrow and the others is heightened by clashes between such strong personalities as Ida and Amariel. By trying to protect the secret of Amariel’s true nature, Ven just makes things worse. When his party finds itself pinned between the arrows of the elvish Lirin and the crossbow bolts of the dwarvish Nain, the situation is about as bad as it can get. Yet Ven moves forward with courage, determination, and above all, curiosity. He obtains treasures no one would have believed he could get, and the greatest of these treasures is a magical story of betrayed loyalty, bitterness, and sorrow. And he both learns and teaches a lesson about the power of forgiveness.

Elizabeth Haydon, whose C.V. lists “advanced degrees in Nain Studies from Arcana College and in Lirin History from the University of Rigamarole,” informs us that the manuscript suddenly ends at the conclusion of this tale—just when Ven and his friends are about to start a new adventure. Fortunately, it seems her team of archaeologists dug up another journal, because a fourth book, The Tree of Water, arrives in bookstores in October 2014. I’ve received an Advance Reader Copy of it, which is why I’ve been in such a rush to catch up with the series, squeezing the latest two books into a week when I’m packing to move houses. I absolutely have to return this book to the library, post haste. But I’m not in such a hurry that I would skip over the two “Endnotes from the Documentarian” and the Acknowledgements, all of which are entertaining and full of clues. For more fantasy novels set in Ven’s universe, check out her Symphony of Ages series, whose seventh book came out in June 2014. 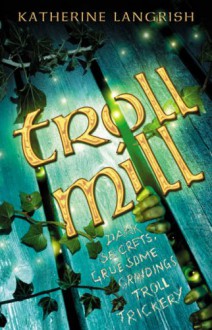