Unstoppable Octobia May is a book I wish was out when I was a kid. It’s a rare example of a middle-grade novel that grate on adult sensibilities, and packs a powerful punch to boot.

Octobia is a spunky young African-American girl living in the Northern United States in 1953. Although Jim Crow is still in full effect in the South, Octobia, thanks mostly to the efforts of her Aunt Shuma, has mostly been shielded from the harsh realities facing African Americans at this time. She’s free enough to make friends with ghosts at a local graveyard, let her best friend Jonah attempt to give her a perm, and investigate the strange Mr. Davenport, a boarder at her Aunt’s rooming house that Octobia believes might be a vampire. Before long, Octobia uncovers a mystery that’s bigger than she ever expected, and discovers the true meaning of freedom along the way.

I really can’t even express how much I love this book. It’s sensitive and hilarious, and teaches important lessons without ever being didactic. I wouldn’t be surprised if this book soon pops up in classrooms around the country – especially since author Sharon G. Flake has already got one Coretta Scott King Honor under her belt. The mystery that unfolds is surprising and exciting for young readers, while the complicated issues it tackles (what it means to have more privileges than others, how to have faith in yourself, what the horrors of war can do to a person) are subtly woven throughout the narrative. A twelve-year-old reading this book sees a captivating adventure story; a thirty-year-old will see an important version of history that is all too often neglected.

I really don’t have too much more to say. I want Octobia to be my friend and I want to buy a copy for every child I know! 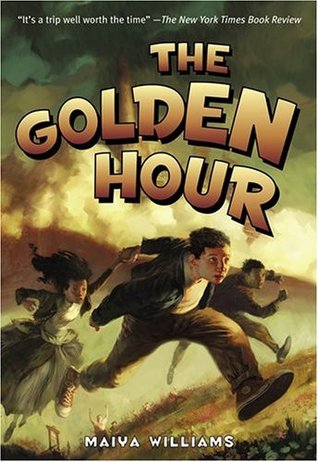 Book Review: Midnight for Charlie Bone (Children of the Red King, Book One) by Jenny Nimmo