We here at MuggleNet were big fans of Lois Lane: Fallout when we got to review it earlier this summer, so we jumped at the chance to talk to Gwenda Bond, who’s writing a new chapter in Superman mythos with her YA novels that follow the adventures of teenage Lois Lane. In addition to Fallout, Gwenda is the author of three other novels – Girl on Wire, Blackwood, and The Woken Gods – and is an all-around awesome lady. Read on for what she has to say about Lois, DC Comics, and of course, Harry Potter!

First things first—how did you come to be writing about a teenage Lois Lane?

I was very lucky to be approached about whether I had any interest in writing a YA version of Lois Lane. My answer was obviously an enthusiastic yes. After a little bit of back and forth to make sure I’d have freedom to make the project my own, I got to work. I could never have imagined getting to do this until it happened, but it’s been such a dream project.

From a writing perspective, how did you approach taking on such an iconic—and yet all too often secondary—character and reviving her into a teenage heroine?

I’m a long-time admirer of Lois Lane. She’s one of my all-time favorite characters, but even having been around since 1938 there’s still so much room left to explore her further. And it seems like the perfect time for her to be the star as she is here. We’ve tended to meet Lois as an adult, already established and often already with a Pulitzer to her name. But Lois deserves an origin story just like any superhero—she’s a superhero without any superpowers—and that’s how I think of this. I was definitely worried about being the person who messed up such a beloved, iconic character’s portrayal, but it was so much fun to write her that those worries took a backseat before long. I hope my Lois embodies the traits we know and love but also gives a new close-up in the way that only a novel can do.

Have you always been a Superman fan?

I have! And thanks in no small part to Lois. But I also love the optimism and sense of humor in so many of my favorite Superman stories—balanced with dark, world-threatening things there’s this ever-present sense of connectedness and underlying acknowledgement that there is good in the world too, people fighting for justice.

On that note, are you a DC loyalist? Or is there room in your heart for a little Marvel love, too?

Definitely room in my heart for Marvel love too. The Claremont-era X-Men was a formative influence on me growing up; I stole the issues from my brother as soon as he was done with them. But I am more of a DC girl overall—Vertigo comics like The Invisibles and Books of Magic are touchstones of mine, not to mention various incarnations of Superman, obviously.

What are you working on now? The next Lois Lane book or something else?

The sequel to Fallout is called Double Down, and it’s currently in edits. I’m also working on the companion to my novel about a daredevil high wire walker, Girl on a Wire. That’s currently titled Abracadabra Girl and is about the daughter of a Las Vegas magician who wants to become a famous escape artist but whose dream becomes complicated when she discovers she can do real magic. And another secret thing which isn’t yet announced. It’s a busy time.

Who were some of your favorite literary heroines when you were a teen?

I was kind of a pretentious nightmare, I fear, but I remember loving Death and Delirium from the Sandman comics and Dorothy Parker on the not-a-fictional[-]character side of things.

We ask everyone this—how do you feel about Harry Potter? Do you align yourself with a specific House?

Love Harry Potter, think JK Rowling is basically who most authors would like to be when they grow up (so smart and funny and kind) and can’t imagine what the young adult and children’s literature world would look like these days without it. As for [H]ouses, this question came up recently at an author event with some friends—the verdict was that I would wander between [H]ouses. I think this probably means I’m a trickster. 😉

And finally—what’s the best book you’ve read recently, and what got you excited about it?
Oh, great question – I’m loving Daniel José Older’s Shadowshaper, which is my favorite kind of inventive urban fantasy. It’s got a fabulous heroine too, an artist named Sierra. And I’m recommending Noelle Stevenson’s Nimona to anyone who hasn’t discovered it yet. On that note: Shark!

If you haven’t yet picked up a copy, Lois Lane: Fallout is well worth a read! You can visit Gwenda online on her website or follow her on Twitter at @Gwenda.

Thank you to Gwenda for taking the time to talk to us and to her publishers for working with us to arrange this interview! 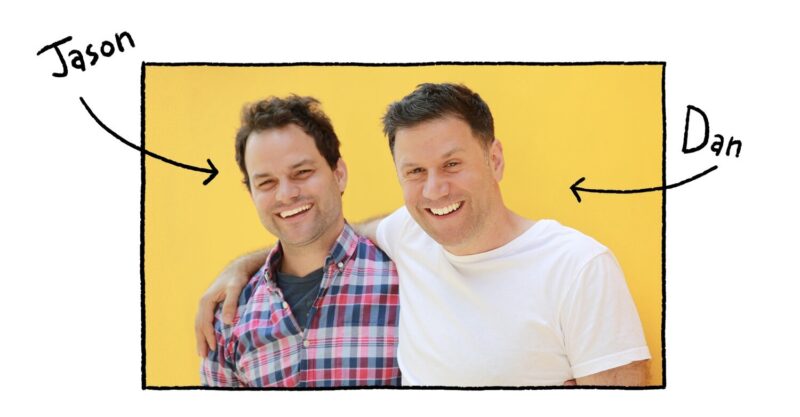