Once again, I departed from my usual practice of reading series of books in publication order when I found this interesting concept in a thrift store: an alternate-history fantasy jamming Native American magic together with steampunk technology in the Wild West. Deep breath. It features Thomas Edison and Ned Buntline as a pair of inventors lighting up the streets of Tombstone, Arizona, among the likes of Bat Masterson and Doc Holliday. And it’s the third of (so far) four books in The Weird West Tales.

The friendly rivals are trying to invent a gadget that will tear down the wall of magic that has kept the United States from spreading West of the Mississippi. But the solution may lie elsewhere. Geronimo, the great Apache warrior, wants to make a deal with Theodore Roosevelt, an up and coming man of genius and rare leadership qualities. In return for Roosevelt’s promise not to wipe out the Indians, Geronimo is willing to surrender the barrier. The only catch is that all the other medicine men in the west are against it, and they have pooled their power to create a giant creature named War Bonnet whose sole purpose is to stomp Geronimo and Roosevelt into jelly.

This is the Wild West you didn’t learn about in your school history texts. It has medicine men who can change shapes and raise the dead. It has a gang of unruly gamblers and gunslingers shaping up to be Roosevelt’s Rough Riders. It has a dusty frontier town kept entertained by a harem of robotic prostitutes (oops – I should have said Adult Content Advisory). It has Edison and Buntline inventing vintage/futuristic weapons to destroy an indestructible magical monster. And it has historic characters appearing out of context yet somehow, amazingly, in character.

Every witty word that drops from Doc Holliday’s bloody-spittle-stained lips is pure gold. So is the way four-eyed, dandified Roosevelt wins the undying loyalty of all the tough guys the moment they test their manliness against him. The pace moves quickly and the characters pulsate with vitality and conversational charm, convincing you they would have said those exact things if real history had ever brought them together. All this is almost enough to enable you to overlook two slight deficiencies in the entertainment. First, author Resnick holds back his powers of description to the point where scenes and characters that really cried out for a few verbal brushstrokes are merely named. I sometimes struggled to find an image to put on my mental canvas. Second, if you get through the book slowly and in small doses, as I did, you might notice that the entire plot consists of the characters dealing with one essential problem. They talk about it, think about it, and sometimes go out and take poke at it, and for quite a while no solution comes to them. Then suddenly one does come, and the problem is cleared up so quickly and neatly that it almost doesn’t seem worth it.

Still, I enjoyed the genre mash-up, the humor and the weirdness appropriate to a series titled The Weird West Tales. I also appreciated the helpful appendices, including digest biographies and a bibliography about the main characters and even some extracts of their own writings. Wild and woolly as this tale is, it was evidently founded on some serious research. The other books in the series, in order, are The Buntline Special, The Doctor and the Kid, and The Doctor and the Dinosaurs; and if I see them, I will definitely read them.

I am also amazed to learn that Mike Resnick, of whom I had never heard before this, is the most nominated author in the history of the Hugo Awards, and a five-time winner in the category of short fiction. His “hard” science fiction is especially celebrated for its approach to culture, particularly his Kirinyaga series, from which I am picking up a “read this if you like Ursula K. LeGuin” vibe. And I do like Ursula K. LeGuin. He also seems to like combining folklore and satire with mash-ups of other genres, such as hardboiled fiction, adventure and mystery. And he’s been very, very prolific. So I may be breaking new ice here, opening a hitherto undiscovered seaway to reading pleasure. 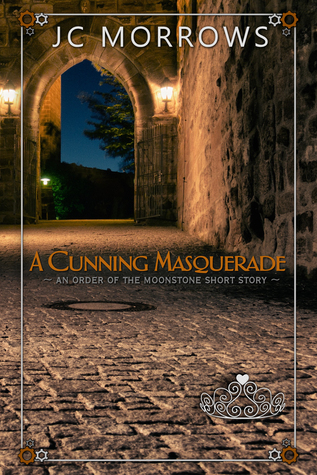