Thrilling, dangerous, compelling, mysterious, and intriguing – delve into the curious question of Orangeboy for a fast and furious contemporary read. The debut YA novel from author Patrice Lawrence, Orangeboy is an action-packed story that hurtles along the streets of London, and your heart will still be pounding after the final page. It is the journey of one young boy’s desperate attempts to outrun the past and a society whose expectations are stacked against him.

Set in and around the residential streets of a Hackney estate, Lawrence’s Orangeboy is a contemporary thriller that demands you race along in a screaming downward spiral when main character Marlon is forced to do terrible things to keep his family safe. With a breezy, humorous, and engaging writing style that cuts through the clutter and gets straight to the point, you can’t help but keep turning the page to find out what happens next.

“Not cool enough, not clever enough, not street enough for anyone to notice me. I was the kid people looked straight through. Not any more. Not since Mr Orange.”

Sixteen-year-old Marlon has made his mum a promise – he’ll never follow his big brother, Andre, down the wrong path. But when a date ends in tragedy, Marlon finds himself hunted. Now he must become the person he never wanted to be to protect everyone he loves.

This book swept me along; the central mystery that Marlon must solve will keep you guessing throughout…just who exactly is Mr. Orange? What does he have to do with the path Marlon is traveling? It reminds me of films like Kidulthood and Lock, Stock and Two Smoking Barrels; Attack the Block with a hint of The Dumping Ground. The references to Reservoir Dogs, which doggedly follow Marlon through the footfalls of Hackney and Stratford as he runs from his anonymous enemies, are masterfully interwoven into the plot.

Lawrence explores what happens when you set your prejudices aside to enter into the mind of someone who feels they’ve been backed into a corner, and asks what would make the nicest person you know do desperate things? The powerful opening chapter that follows Marlon on a date with the beautiful Sonya, girl of his dreams, will give you an electric shock with its unapologetic exploration of race, privilege, revenge, and selfish manipulation. It’s an ecstatic fairground ride with a heart-stopping end. What happens will make your jaw drop in horror and make you desperate to read on.

Patrice’s writing makes you really feel for her protagonist. He’s in the most horrendous of spiraling circumstances, with luck stacking up against him. Marlon is a brilliant character that you want to be okay; he just feels so real and honest. He is the invisible kid at school, the one with his head down, getting his work done and keeping out of trouble. There’s nothing particularly remarkable about him, besides the backstory of his family. His brother Andre had been in trouble with the police for his involvement in local gangs and drug dealing, the outcome of which landed him in an accident that left him permanently brain damaged and even angrier against the injustices of the world. The ramifications of Andre’s past have collateral damage, and the ricochet gets to Marlon despite his best efforts. Intrinsic to the plot and to the characters is a deft and knowledgeable exploration of race relations in the UK, and particularly in the gang culture of London, which Lawrence conveys in her realistic and much-needed depiction of the multifaceted, multicultural landscape of the area. This is no whitewashed London populated by stereotypes.

One of the elements I most enjoyed about the book was the strained friendship between Milo (his nickname) and Tish. They are next door neighbors and best friends since childhood, but circumstances threaten to tear them apart, with Marlon delving deeper into his own thoughts and paranoia, and Tish feeling left behind and forgotten. She’s a mouthy, bolshy presence who keeps him honest, even when he doesn’t want to be reminded of who he is at heart. I’d love to find out more about what makes Tish tick, and her own story.

In the Urban Dictionary, “orange boy” is an insult used to offend someone who goes against a cause they used to stand by – the story of Milo as he ventures away from the boy he used to be to the man he must become to survive is perilous and full of pitfalls that tiptoe along the line of morality. When family ties are stretched thin, right and wrong is a blurred, inconstant dichotomy. As the story hurtles towards its conclusion, the tangled lives of the brothers screech to an end that doesn’t allow anyone off easily; it’s a truthful and powerful story that is much needed, not only in the UK YA scene, but in an international conversation about representation and Black Lives Matter. That the book is own voices added an extra layer of authenticity and immediacy to its voice.

I absolutely adored this moving story. It is full of tears and laughter, unfettered fears and furious joy, family and friendship. This important, gripping, heart-in-your-throat contemporary about a teen boy swept up in trouble is not to be missed. For fans of Malorie Blackman, Jacqueline Wilson, Alan Gibbons, Benjamin Zephaniah, and Melvin Burgess. If you like your stories real, heartfelt, and moving, Orangeboy is one for you. 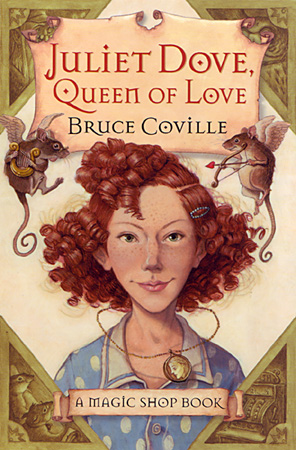 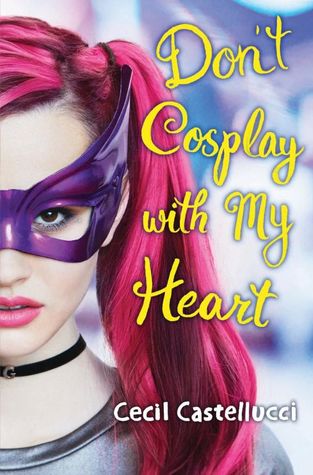