In this sequel to Heck: Where the Bad Kids Go and Rapacia: The Second Circle of Heck, twice-dead teen Milton Foster heroically dons a fat suit (sort of) and infiltrates the part of the 18-and-under afterlife set aside for fat kids. His mission: to rescue his chubby friend Virgil, who has been darned for what may be only a sin of weakness. On the flip side of body-image darnation is Milton’s sister Marlo, who has scored an “infernship” in the Girl Friday the 13th program. Her boss, editor of a fashion magazine devoted to tormenting the unpretty with images of physical perfection, gives a catty new dimension to the type of character Meryl Streep played in The Devil Wears Prada. For Madame Pompadour is not just the queen of glamor, vanity, and setting her minions impossible chores; she also has a way to use girls’ cosmetic challenges to enhance her own beauty. Sort of like a vampire who sucks skin tone instead of blood.

But even that isn’t the most dastardly plot Milton and his friends go up against in the Third Circle of Heck. The assistant principals of Blimpo have figured out a way to use the fat kids’ fears and insecurities to generate power, which they can sell and re-invest in their own ambition. Here a health-food nut forces the Blimpo boys to spend more and more time running on DREADmills – think giant hamster wheels with a direct link to your worst nightmares. Meanwhile, the Lose-Your-Lunch Room’s inedible fare has been replaced with a delicious barbecue recipe that cancels out the slimming effects of all their exercise. And though most of the Blimpo kids don’t care as long as the “soul food” keeps coming, Milton smells a rat. For one thing, there’s something haunting about the barbecue. For another, he realizes that if the fat kids don’t lose enough weight before they turn 18, they will go straight from Heck to H-E-double-hockey-sticks.

So once again, Milton bucks the system. In spite of the discomfort of being squeezed inside the skin of a creature that is slowly digesting him (some disguise!) and the inconvenience of being resented for escaping from Limbo and leaving Virgil behind (though he did come back!), Milton persuades the Blimpo kids to declare, “We’re mad as Heck, and we’re not going to take it anymore!” Then, with a little help from Elvis, Jack Kerouac, and the dog-headed Egyptian god Annubis (sic), he embarks on a second mission – to rescue his sister, who has graduated from her infernship to become deceptionist to the Big Guy Downstairs. For further developments, see Fibble: The Fourth Circle of Heck.

Somehow, I haven’t even mentioned what happens to Milton’s pet ferret, Lucky, who has unluckily fallen into the clutches of a kooky cult; the bully Damian Ruffino, who has returned to the land of the living with some sick plans of his own; or even half of the hilariously weird characters in this book. It’s an impishly irreverent piece of entertainment, loaded with groan-aloud puns and daft caricatures of angels, fallen and otherwise. To get the most out of this book, it may help to have a strong background in Christian religious instruction – though some Christian readers may squirm at certain theologically fishy gags, such as the idea that GOD is the acronym for “Galactic Order Department” (although there is also a Big Guy Upstairs). Those who have read at least an abridged version of the works of Dante’s “Inferno” will appreciate the humor even better. But I reckon such bent cultural references as “Nyah Nyah Narcissisterhood” and “Chef Boyareyoukrazee” will get their point across, regardless.

Author Dale E. Basye, who claims to live inside a rapidly rotating loaf of fiberglass bread, has already published (as of this writing) eight books in a series that I’m guessing will go to nine. Books 5 through 8 feature the circles of Heck named Snivel, Precocia, Wise Acres, and Sadia. I’ll be watching for these titles and reading them as my time and the local library’s collection allow. 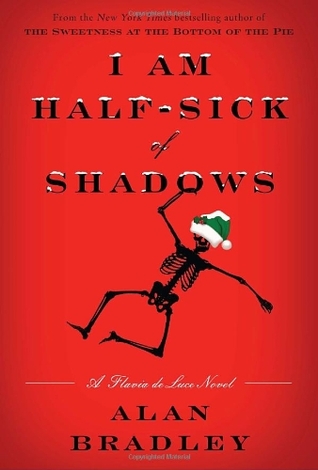