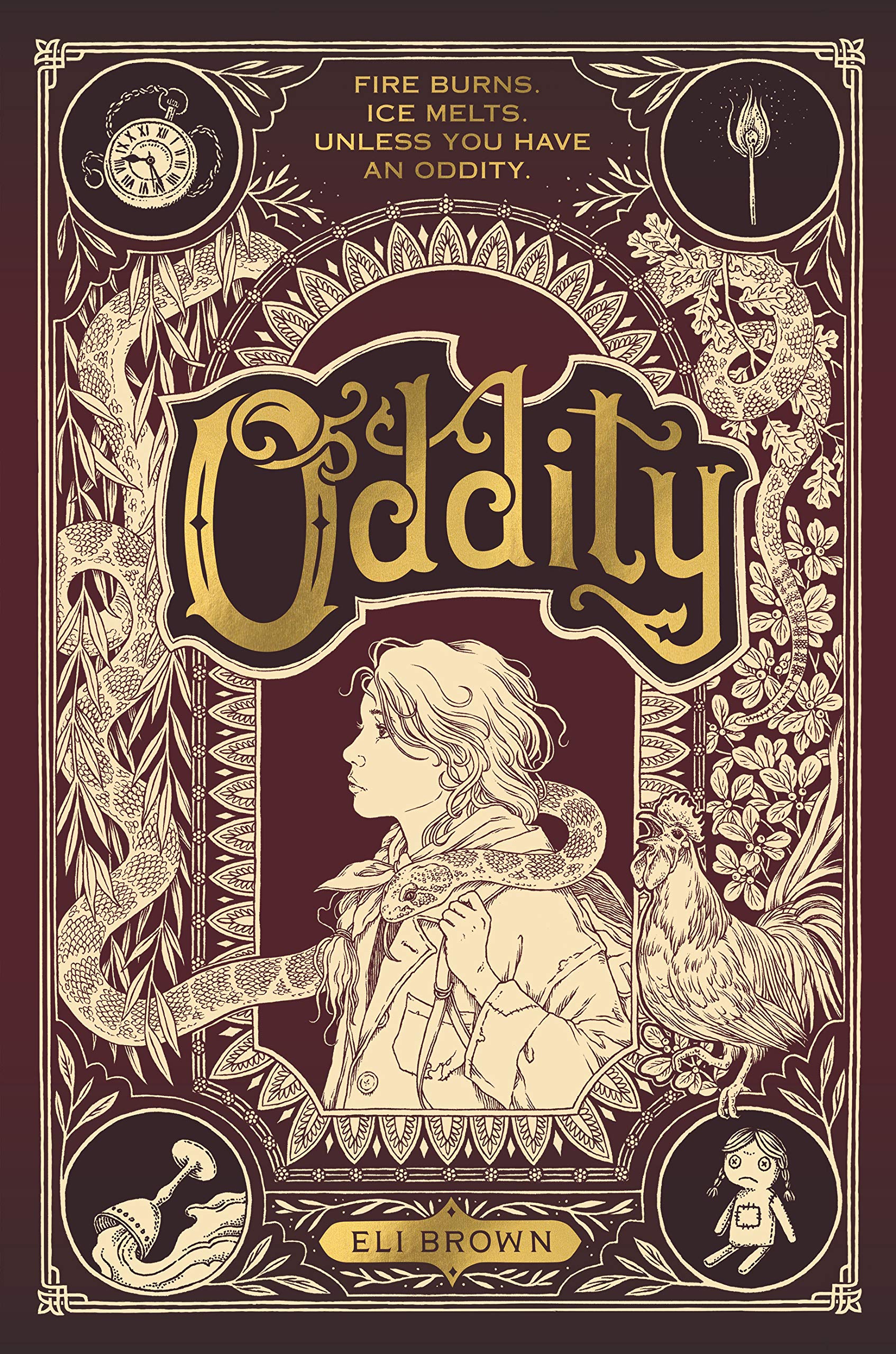 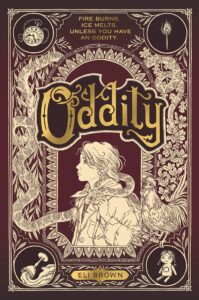 Clover Elkin lives in a world of “oddities,” seemingly ordinary objects with extraordinary properties: a wine glass that never empties, an ice hook always frigid to the touch, and other items with more nefarious possibilities (like one that Napoleon is somehow using to create endless identical soldiers for his army). Clover’s father, a doctor, believes that oddities only bring trouble, no matter how wondrous they may first appear; he never lets Clover forget that it was an obsession with oddities that led to her mother’s death. So when the two are attacked by bandits, Clover is shocked at her father’s dying confession that he kept one necessary oddity, and at his cryptic instructions to seek out help from a famous collector of odd objects.

Her quest to fulfill her father’s last wishes leads Clover on an unexpected adventure as she is caught up in the sweeping events of her time: the uneasy peace – and impending war – between the eleven United States of America and French Louisiana; the motives of the mysterious Seamstress and her vermin (odd creatures stitched together from rubbish and animal remains); and shady political powers vying for control of the world’s most powerful oddities. Along the way, she’ll find unlikely allies and fight unlikely foes as she discovers that it’s not the oddities themselves that hold the most power – it’s what you choose to do with them.

Eli Brown’s Oddity is a fun read, one that I expect will be appreciated by fans of S.E. Grove’s The Glass Sentence. Both are alt-history fantasies of 19th-century America, both feature plucky heroines on quests set in motion by absent parents, and, perhaps most importantly, both are works of striking imagination.

I was immediately absorbed in the world Brown created and especially charmed by the vivid characters with which he populates his narrative. Hannibal the rooster, a rare living oddity and legendary colonel in the United States Army, is fun but somehow never ridiculous. Nessa, another young orphan making her way in the world by selling a questionable medicinal tonic, humanizes the cost of endless war. And while I feel it’s best to leave the story’s villains to introduce themselves, rest assured that they are both fascinating and terrible, often in all-too-human ways.

If I have one complaint about Oddity, it’s that a lot is crammed into the book’s final 30 pages or so, meaning that some narrative threads feel too easily resolved and others are left hanging. But it didn’t detract from my overall enjoyment of the book, and perhaps it is a fair price to pay for having a great story that can stand alone instead of leaving readers with lots of unanswered questions while we wait for a sequel. That being said, Brown certainly leaves enough room for Clover’s story to continue, and I, for one, hope we’ll one day get to read more about her!

A copy of this book was provided by the publisher, Candlewick Press, for review.