In this sequel to Little Darlings, the three Darling children, formerly the scourge of nannies everywhere, have an adventure off the coast of Florida. It begins when their ship Kleptomanic, captained by their piratical mother, runs aground off Skeleton Island. It isn’t the fault of the crew, though they are not so much seamen as burglars whose specialty is pretending to be blue-jawed nannies in order to gain access to their victims’ homes. Nor is it strictly the fault of the chief engineer, even though he is a daft, deposed Icelandic prince who constantly talks to his teddy bear.

The person to blame is Papa Darling, a real estate swindler who isn’t enjoying his second career as a lavatory cleaner. As soon as the old man who owns Skeleton Island sells the isle to the Darlings, Papa purloins the paperwork and joins forces with a villainous developer named Gomez Elegante. With a partner who routinely has people slathered in mayonnaise and fed to the crocodiles, Papa may be in over his head. So who will rescue him—and rescue Skeleton Island from him? Who but the three Darling children, their burglar/nanny comrades, and Dean the Wild Boy, who came with the island?

Many children (especially those familiar with British speech patterns) will enjoy this goofy, gruesome adventure in which very bad children are tamed by the magic of good food, and in which not-very-good parents are saved and kept together by their gutsy and resourceful kids. It has hijackings, sea and air chases, burglary capers, and a race between man and nature to trigger an environmental disaster. It teaches the surprising lesson that the handiest people to have around are nannies and burglars. Though not an especially well-structured or (in my opinion) coherently written book, it has its share of laughs, chills, and fun. 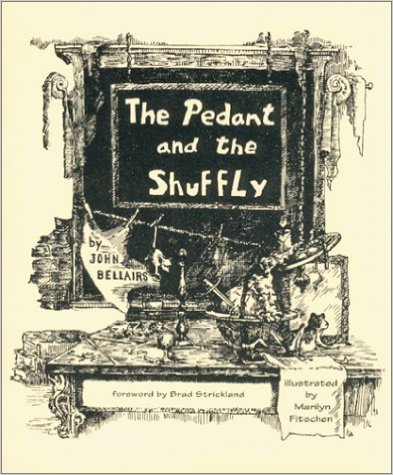 Book Review: “The Pendant and the Shuffly” by John Bellairs

Book Review: “All the Rage” by F. Paul Wilson