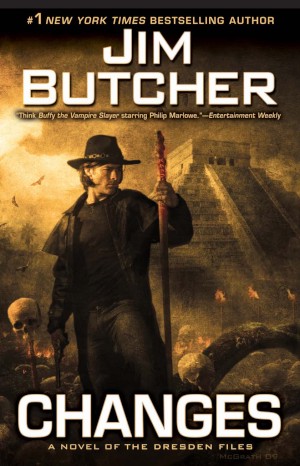 In the first sentence of this book, Harry Dresden answers the phone and hears his half-vampire ex-girlfriend Susan say, “They’ve taken our daughter.” Harry could well ask, “What daughter?” But he hardly needs to ask who took her. Susan has spent the past several years harassing the Red Court of vampires as a member of the Fellowship of St. Giles, an organization of half-turned, semi-immortal vigilantes whose super-strength and endless anger make the Irish Republican Army look like a knitting circle. Their energies are focused on Latin America, where the vampires—descended from the false gods of a Mayan blood cult—herd humans like cattle and maintain a reign of terror that puts the drug cartels in the shade. And Harry being Harry—a wizard, a private investigator, and an instinctive protector of women and children besides—he’s not going to sit still and let the Reds have their way with his Maggie. Even if he hasn’t met her yet.

But to save one girl from a literal army of monsters, including some of the most ancient powers of evil in this world, is going to take more than the power wielded by one wizard—even one as extraordinarily strong, brave, and lucky as Dresden. Harry will need to plead for help from pretty much every muscle he knows. Some of them will turn him down. He will learn who his true friends are. And he will go ahead, knowing that he may lose some of them in an all but hopeless attack on the heart of Red Court power. But once he learns that the vampires mean to sacrifice his daughter in a ritual to unleash deadly power, the odds no longer matter.

True to the book’s title, Dresden’s lifestyle and career undergo some major changes in this book. Since the beginning of this series, twelve books ago, he has had the same apartment, the same office, the same car. This is the installment in which he loses them all. His staff, his rod, almost everything he owns, even his cat, are no longer with him by the end of this book. He loses almost everything, and risks losing everyone. And above all, he could lose himself: for he can only succeed in his mission to save Maggie by making a Faustian bargain with the Queen of Air and Darkness.

Part of what makes this book especially thrilling, even by the usual standards of The Dresden Files, is the clear and present danger that everything and everyone in the series could change or go away forever. There is no safety net of a winning formula that will be back to normal at the start of the next book. In fact (not that I want to spoil the ending) you could turn the last page of this novel wondering whether there could be a next book. Be not afraid, however: a thirteenth book, Ghost Story, has been released; a fourteenth, Cold Days, is rumored to be in the works; and author Jim Butcher has said he has plans for a total of some twenty books in the series. 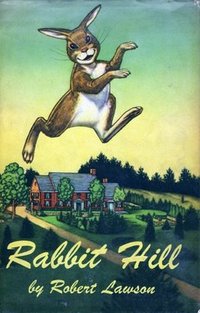