Book 1 of Monster Blood Tattoo introduces a fantasy world imagined in such detail that it compares to The Lord of the Rings and Dune. Check it out: besides the story itself, the book contains pages of maps, diagrams and tables, and a voluminous vocabulary list with detailed definitions. All this may come in handy as you plunge right into an entirely new world, set in a vast and detailed landscape populated with strange types of people and monsters galore.

At the center of this adventure is a foundling (surprise!) named Rossamünd Bookchild, a child so gentle and sensitive and honest that he does not seem likely to survive long in the harsh, dangerous world in which he finds himself. If your heart immediately goes out to him, don’t be surprised. Your hero of heroes, Harry Potter, gave a similar impression when you first met him.

Rossamünd has spent all his life in Madam Opera’s Foundlingery, an academy for orphans and abandoned children where kids undergo training to prepare them for careers, mostly as sailors, or “vinegaroons.” In this world, they’re called “wine-dark seas” for a really good reason: the waters contain a caustic concentration of vinegar, and they are full of strange and mighty beasts. But then, the land is full of strange things too: nickers and bogles, things that go bump in the night, and sometimes more than just “bump.” In fact, the “half-continent” where Rossamünd’s people live is an age-old battleground between normal people and the monsters who dwell in the less populated areas of the map. And in this war, there is no diplomacy. Anyone who tries to understand the monsters’ point of view is ostracized for being a sedorner, a monster-lover.

What would you bet that this doesn’t become another burden Rossamünd must carry? And he has enough for an undersized, overaged foundling. Finally offered a career in the lamplighters’ corps, Rossamünd sets out on a journey to take up his new life, equipped with all that a handful of sympathetic school staff members can afford to give him. But things start to go wrong right away. Kidnapped by pirates (or maybe worse than pirates), fired upon by a river garrison, the boy flees into a countryside haunted by violent things – not the last of which are a beautiful noblewoman who can shoot lightning out of her fingertips, and her sinister assistant. Soon Rossamünd’s fate is entangled with that of a tormented and dangerous monster-slayer named Europe, a resourceful postman named Fouracres, and a small bogle named Freckle.

But this is only the start of Rossamünd’s journey. The story has only begun when this book ends, as the erstwhile foundling settles into his new life as a lamplighter end looks forward to an entirely new adventure. I will be looking out for Book 2, titled Lamplighter, where Rossamünd will hopefully learn more about the mystery of his own past, while going through even scarier and weirder adventures. If it’s at all like this book, it will be a feast for the senses, with rich illustrations and a tendency to describe scenes and costumes in near-photographic detail. Bring patience and an open mind when you enter the world of Monster Blood Tattoo, for there is a lot of special vocabulary to take in while you try to make sense of this strange new world. But take care not to get lost; for at times it seems like such a real place that you could turn a corner and lose sight of the world you came from! 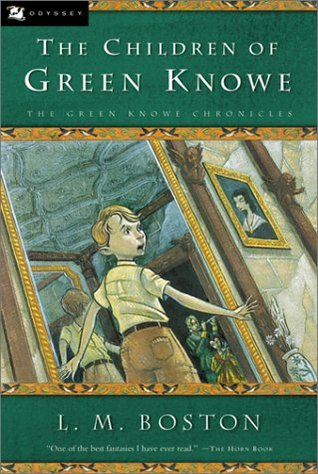