Gregor and the Curse of the Warmbloods
by Suzanne Collins

Book 3 in The Underland Chronicles finds Gregor still trying to work out the meaning of the Prophecy of Blood, given to him at the end of Gregor and the Prophecy of Bane. Whatever it means, the weird backward-written prophecy isn’t going to be easy on Gregor’s family. His father’s health is deteriorating again. His mother is terrified of letting her children disappear again, and forbids them from going down to the laundry room where the entrance to the Underland lies. Grandma is slowly slipping away, and Gregor’s next-younger sister Lizzie is a nervous wreck.

But it looks like Gregor and his toddler-sister Boots will have to go back down the strange world miles below New York City – no matter what his mother thinks. A plague is coming that could wipe out every warm-blooded being in the Underland, unless Gregor and Boots go back. Gregor isn’t comfortable with his role as the warrior, any more than he cares to bring Boots into danger. But his mother likes it even less – so little, in fact, that she insists on going with them to the Underland for what they are told is only a meeting to decide what to do next.

The meeting turns into an all-out quest for the cure, and Gregor and Boots have no choice to be a part of it. Not when Gregor’s bonded flyer, the giant bat Ares, turns out to be but one of several friends infected with the plague. And certainly not when Mom herself gets exposed!

Gregor’s third adventure is another test in many ways. As a test of his echolocation skills (the ability to see in the dark, using his ears and clicks of the tongue), it doesn’t go very well. As a test of his abilities as the berserker warrior whose battle rage can make a split-second difference between life and death, it isn’t a picnic either. Then there’s the test, for the whole search party, of the ability of humans, giant rats, and giant cockroaches, and other creatures to get along with each other and work together. Family loyalties, the ethics of warfare, the ability to unravel a centuries-old riddle, the ability to tell friend from foe, and the courage to face strange and terrifying dangers in a deadly jungle and a Vineyard of Eyes, are all tested in brutal succession… and not everyone will come back from the quest.

This is a serious, dark, thought-provoking tale, set in a marvellous fantasy world and filled with deeply conflicted, deeply interesting characters. The setting is like a 21st-century New Yorker’s nightmare-version of Lewis Carroll’s Wonderland, but the story itself is full of disturbing portents and sinuous plots. Each one goes deeper into the mysteries of the Underland, and even at the end of this story you know we haven’t reached the bottom yet. Look out for Book 4, titled Gregor and the Marks of Secret. 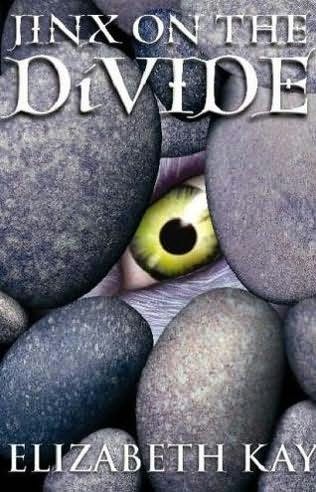