Tadpole, a.k.a. Tad, a.k.a. Winston Churchill Birch, is a favorite cousin of the four Collins sisters, Kentucky, Virginia, Georgia, and Carolina. But since his parents died, he has been passed around from one relative to another…until now. Age thirteen, old enough to work, Tad has been legally adopted by his Uncle Matthew, who seems likely to work Tadpole into an early grave, and allow him no time for the joy and music that lights up his life. So Tad runs away and takes shelter with the Collins family.

This is a special time for Carolina, the youngest of the sisters. She has always missed having something special about herself, like outgoing Kentucky’s popularity, Gin’s beauty, and Georgia’s brains. Tad shows Carolina that she is special; he brings out the gift of music in her. And in his cheerful-spirited, hardworking way, he helps the whole family – even though they seem unable to help him stay out of Uncle Matthew’s clutches.

Tad is a poster boy for the need of children, and of people in general, to be allowed time for joy and leisure without being made to pay for it, even in the coin of psychological guilt. It isn’t just that people are less happy when they are denied permission to have fun and be themselves; but, as Tad relates in the story of his cousin Eugene, sometimes people can’t live that way at all.

This story is a lyrical account of growing up in Kentucky in the mid-twentieth century, with the sorrows and joys shared by hill people and coal people. It is a story full of romance, tension, and an overall goodness that leads you to expect things to turn out well in the end – though perhaps not in the way you expect. There is more of the same by this award-winning author, who also wrote Belle Prater’s Boy. 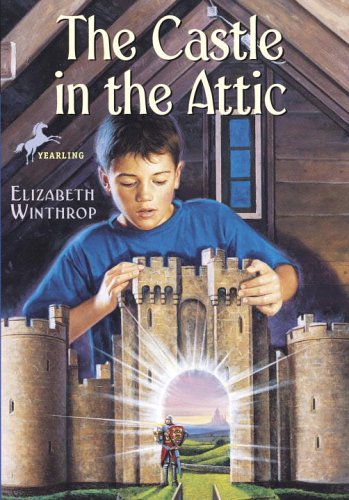 Book Review: The Castle in the Attic by Elizabeth Winthrop