In this final sequel to 100 Cupboards and Dandelion Fire, Henry York Maccabee girds himself for his final battle with the witch queen of Endor, knowing that if he fails, all life in the world he has learned to love will turn to ashes… beginning with those nearest and dearest to him. He must not lose, but how can he win when a drop of the witch’s blood is eating away at his body and mind like an incurable cancer? How can a boy who, not so long ago, was a timid, insecure weakling, overcome such a powerful evil with nothing but a knack for baseball, a magical gift tuned to the key of dandelions, and a powerful new name he has only started to understand? How can he fight back against the combined might of an entire empire, an elite force of virtually unkillable killers, and an enemy who can find him anywhere he tries to hide—even in another world—even in his dreams?

Well, it won’t be easy. In the most powerful stories, these kinds of things are as far from easy as anything can be. And this is one powerful story, emotionally moving at a deep level that tends to be difficult to move. It is an electrifying story told in vibrant language that sometimes teeters between poetry and prose. It is a work of pure fantasy that taps into truths from under spiritual sands that most modern writers seem loath to explore. It even made me cry until boogers ran out of my nose. You may find this hard to believe, but to me a book that can do that is a rare treasure. From Henry’s determination to die for those he loves when it seems he can do no more, to his grandmother’s touching farewell in a visit to Henry’s dreams, this book resonates with Christian imagery without being preachy, sentimental, or even allegorical.

It’s just a great story, give or take the longer-than-usual coda (two whole chaptersand an epilogue after the resolution of the chief crisis) which, in all fairness, provides a satisfying glimpse into the surviving characters’ ultimate fate. While, for me, the final floret on the proverbial cake-icing is the fact that my review of 100 Cupboards is quoted on the jacket—a proud achievement I showed all my friends, like a parent passing out baby photos—you may even feel yourself getting nostalgically choked up when the story turns full circle, back to the bus station in Henry, Kansas, where it all began. And so I congratulate Mr. Wilson on a most satisfying end to a great trilogy! 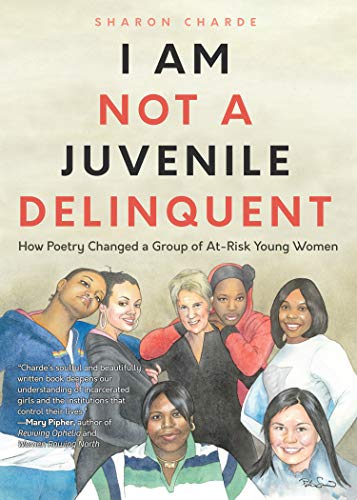 Book Review: “I Am Not a Juvenile Delinquent” by Sharon Charde