Originally published in 1900, this book is part of Langs 12-book series of Fairy Books of Many Colors. It contains 35 stories from Lithuania, France, Greece, Libya, Italy, Poland, Serbia, Bohemia, Turkey, and other lands, translated and adapted by several gifted women in Langs circle of family and friends. It also boasts 59 exquisite illustrations by Henry Ford (the British one, not the American). Those who have followed the Many-Colored Fairy Book series to this point will appreciate what Lang says about the method of popular fiction in his brief preface:

…but, as Lang concludes, children will continue to delight in all their magical, adventure-filled varieties. The first story, Donkey Skin, illustrates Mr. Langs point, for it is similar in many ways to The Dirty Shepherdess from The Green Fairy Book, and is based on the same French tale as Robin McKinleys novel Deerskin. It tells of a princess who flees from her adopted father, the King, when he declares that he wants to marry her; later, disguised as a filthy servant girl, but armed with three magical dresses, she wins the heart of a handsome prince.

The Goblin Pony is an old wives tale to frighten children, showing why good children should listen to their grandmothers and stay indoors on Halloween.

An Impossible Enchantment tells the story of a wicked queen who is punished by the fairies, until she has a girl-child; then the punishment passes to her daughter. Isolated in a tower in the middle of the sea, guarded by fierce winds and sharks and other dangers, the Princess Graziella suffers the amorous attentions of a hideous merman, and the anguish of knowing that her curse will not be lifted until the impossible happensuntil she is in the arms of the man she loves.

The Story of Dschemil and Dschemila, from the land now known as Libya, is the passionately romantic story of a young man whose heart is broken when his true love is abducted by a man-eating ogre.

Janni and the Draken introduces us to one of several creatures I had never heard of before reading this book. I gather that Draken (sing. either Drakos or Draken) are some kind of goblin. In this story, a young man has the misfortune to have a sister who has fallen in love with one of the Draken. So sis lays a trap for the lad, sending him into increasingly deadly ambushes, where he is saved by his dogs and his own courage.

The Partnership of the Thief and the Liar is a humorous tale about how two rascals make their fortune.

Fortunatus and his Purse is a strangely uneventful story about a poor man who gains everything his heart desires, with the help of a magic purse and a magic cap. I suppose this fairy tale is instructive as an answer to the question, Why doesnt the hero do the smart thing? Why did he have to let this person get the better of him, or make that mistake, etc.? Well, heres your answer. When everything goes hunky-dory, you get a boring story.

The Goat-faced Girl is an Italian story illustrating the virtues of humility and gratitude. In this case, a pretty peasants daughter gets a shot at being queen, thanks to the patronage of a gigantic, but kindly, reptile. But her thanklessness earns her a terrible trial in which everyone but herself sees her wearing the head of a goat.

What came of picking Flowers is the Portuguese tale of a lad who delivers his three sisters from terrible curses. One of them loves a husband who must live in the form of a fish half of the time; the second girls husband spends half of his time as a bird; and the third is a terrible ogre who holds the key to breaking all the curses that bring misery to the three sisters.

The Story of Bensurdatu tells how a faithful servant descends into the nether realms to deliver three lost princesses from two giants and a seven-headed serpent. It reminds me somewhat of The Staff and the Fiddle from Pyles Wonder Clock.

The Magicians Horse is similar to The Horse Gullfaxi and the Sword Gunnföder from The Crimson Fairy Book.

The Little Gray Man, likewise, is very much like Pyles story of The Staff and the Fiddle. And I am honestly telling you that Lang spelled gray with an A in this story, though in the title of the book he spelled it with an E. Go figure!

Herr Lazarus and the Draken reintroduces the goblin-like characters that threatened Janni earlier in the book. This time, they get robbed blind by a clever rogue.

The Story of the Queen of the Flowery Isles is about a beautiful princess who, due to the jealousy of a witch queen, finds herself imprisoned in a strange garden under the earth.

Udea and her Seven Brothers is another strange but delightful Libyan tale, describing the adventures of a girl who goes to live with her seven older brothers. N-word advisory: you mast make allowances for the storys Arabic origin.

The White Wolf bears considerable resemblance to The Blue Bird in The Green Fairy Book. First a wolf successfully courts a kings daughter; then, when the wolf believes the girl has abandoned him and prepares to marry another woman, the princess wins his heart a second time.

Mohammed with the Magic Finger is the Libyan story of a lad who can see two days into the future, and how he makes his uncles fortune and his own.

Bobino tells the story of a son whose father considers him so worthless, that he tries to have him killed; but who escapes and becomes a king.

The Dog and the Sparrow go into partnership in this German tale, and when the dog is killed by a careless carter, the sparrow exacts a terrible revenge.

The Story of the Three Sons of Hali and The Story of the Fair Circassians is a connected pair of tales in the middle-eastern style, full of enough magic, romance, and intrigue to set your head spinning.

The Jackal and the Spring is an animal fable in which the tortoise proves to be a better watchman than either the rabbit or the hare.

The Bear is another story quite like Donkey Skin, in which a princess dances with the handsome prince three times before he asks for his handonly this time, she is disguised not as a serving wench dressed in animal skins, but as an actual bear!

The Sunchild introduces another bogey you may never have heard of: a lamia. This appears to be a kind of wicked witch, who tries to capture a little girl who lives with the sun, as she goes to visit her mother.

The Daughter of Buk Ettemsuch illustrates the saying, out of the frying pan, into the fire. She escapes from a witch who has eaten her six older sisters, only to become the servant of an ogre. I wont spoil it for you, except to add that it does involve a handsome prince.

Laughing Eye and Weeping Eye, or the Limping Fox is a Serbian twist on The Golden Mermaid, from The Green Fairy Book. In this one, a lame fox helps a foolish lad recover the magic vine that has been stolen from his father.

The Unlooked-for Prince is a Polish tale similar to King Kojata in The Green Fairy Book.

The Simpleton, one of my favorite stories, is a comical Italian tale, similar to the German legend on which the movie The Adventures of Baron Munchausen was based. In this version, a lad named Moscione, regarded by his father as a half-wit, makes a fortune and wins a princesss hand, with the aid of five superbly gifted companions. Their names, just for a taster, are Quick-as-Thought, Hares-ear, Hit-the-Point, Blow-Blast, and Strong-Back.

The Street Musicians are actually a donkey, a cat, a dog, and a cock who have joined up to escape from death when their masters decide they are of no further use. Useless they may be, but they manage to drive a gang of robbers out of their den!

The Twin Brothers is a tale we have seen before, both as Pyles The Knights of the Fish and as The Golden Lads in The Green Fairy Book.

Cannetella is an Italian princess who learns the hard way that it is not wise for a princess to make it hard for her father to find her a husband.

The Ogre forms an unlikely friendship with a foolish youth named Antonio, who gets into the same sort of trouble as Father Grumbler in The Brown Fairy Book. The repetition is easily forgiven, because the illustration of the ogre is so funny!

A Fairys Blunder is another forerunner of G. C. Levines Ella Enchanted, in which a fountain that turns old people into children and youngsters into adults, proves to have deadly side effects. Its latest victims are a pair of beautiful young lovers favored by a wiser fairy. But undoing another fairys magic isnt as easy as it sounds!

The Bohemian tale of Long, Broad, and Quickeye portrays a son who rescues a damsel from an evil magician, with the aid of three more superbly gifted companions. Hmm. Thats a useful phrase.

And finally, Prunella escapes from the deadly malice of a witch, with the help of a flagon of oil, a loaf of bread, a rope, a broom, and the love of the witchs handsome son. Which is interesting, really, since usually its the man in the story who is obliged to do three impossible tasks, and the witchs (or ogres, or magicians, etc.) daughter who helps him do them.

As you have seen from these brief summaries, a lot of the stories in The Grey Fairy Book turn up in other collections, including the other-colored Fairy Books. But I agree with what Lang said in his preface. If you enjoy fairy tales at all, you wont mind hearing occasional variations of the same ones. After all, familiarity adds to their enjoyment, and the differences make for an element of the unexpected. Expect this, though: some spanking good stories, full of magic, love, danger, and humor. 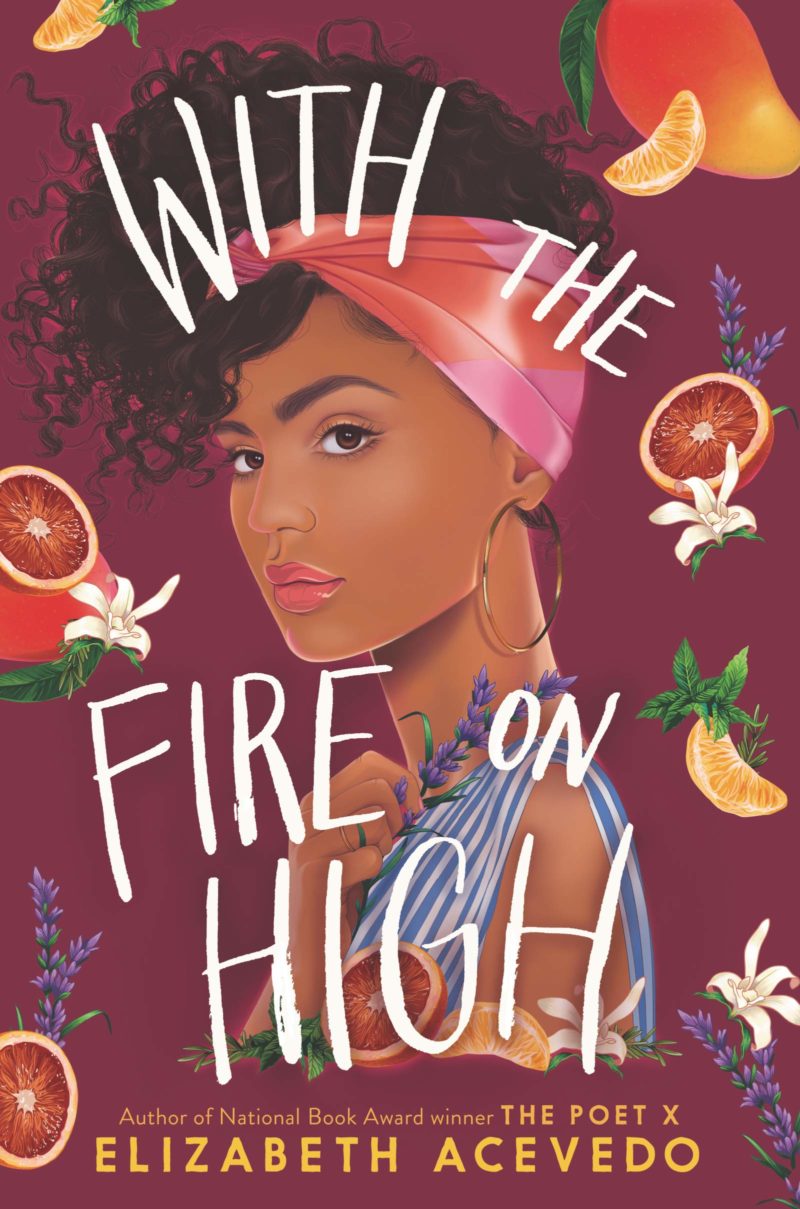