It is hard to imagine anyone not knowing about The Wizard of Oz. The 1939 movie starring Judy Garland has to be one of the most popular films of all time. The not-so-well-known sequel, Return to Oz, made in the 1980s with Fairuza Balk as Dorothy, is quite underrated. You all know the songs “Somewhere Over the Rainbow,” “Follow the Yellow Brick Road,” and “Ding, Dong, the Witch is Dead.” But did you know that the movie was based on a series of “modern fairy tales” written around the turn of the 20th century?

L. Frank Baum was a sort of American disciple of Lewis Carroll. He excelled in writing rib-tickling nonsense. He was a firm believer in fairy-tale magic, including (by the way) Witches and Wizards; he only wanted to strip the medieval fairy tale of its harsh moralism and the sadistic bits that frighten children. You gotta admit, the Brothers Grimm could be pretty grim! So Baum created the light-hearted land of Oz, which has its share of enemies and villains who need to be stopped, and is full of queer creatures and magical dangers–but which, on the whole, is a lot nicer than Kansas. No offense intended.

Of Baum’s original 14 Oz novels, I have only been able to find 11. I regret, therefore, that this review cannot be more complete.* The adventures of Oz are, in short:

The Wizard of Oz (Book 1), which is essentially the same as the movie. Dorothy Gale, a Kansas farm girl being raised by her poor aunt and uncle, gets a knock on her head when a tornado rips through the farm… and she wakes up in the magical land of Oz, where the tornado apparently blew the farm-house. Accompanied by her dog Toto, a cowardly lion, a tin woodsman with a heart of gold, and a clever scarecrow, she kicks up those silver (yes, silver!) slippers on the yellow brick road, and goes off to see the Wizard. But the Wicked Witch of the West isn’t having any of it…

The Land of Oz (Book 2), features a boy named Tip, who has run away from cruel Mombi the witch, carrying with him her precious box of the Powder of Life. Tip uses these to create some remarkable companions, including a walking-talking Sawhorse, the friendly Jack Pumpkinhead, and the Gump–which is basically, a combination of a walking, flying sofa with a talking moose’s head. Joined by the highly educated Woggle-Bug and all of Dorothy’s old friends, Tip discovers his true identity and saves the kingdom from Mombi.

Ozma of Oz (Book 3) reacquaints us with Dorothy, who along with her talking hen Billina (having fallen off a ship and washed ashore), joins Princess Ozma on an errand of mercy to the neighboring Land of Ev. Together with Tik-Tok the clockwork man, the always Hungry Tiger (who has a special sweet tooth for fat babies), and other brilliant characters, Dorothy and Ozma confound the greedy Nome King.

Dorothy and the Wizard in Oz (Book 4) finally reunites Dorothy with the beloved Humbug from the original story. Together with a boy named Zeb, a horse named Jim, and a kitten named Eureka, they fall into a crevasse formed by an earthquake and journey through the center of the earth. Their travels are among the creepiest and most memorable of the entire series, in my opinion. Menaced by vegetable people (who look like humans on the outside, but are full of seeds on the inside), invisible people, and wooden gargoyles, it takes a wish on Dorothy’s magic belt to whisk them to the relative safety of the Land of Oz.

In The Road to Oz (Book 5), Dorothy, Toto, and the very silly Shaggy Man get lost among the country roads of Kansas, and somehow end up walking to Oz. Along the way they meet a daughter of the Rainbow, an adorable little waif, a man who constantly makes music whether he wants to or not, and a band of people called the Scoodles who, when they get angry, throw their heads at you. Finally, with the aid of Johnny Do-it, they manage to cross the Deadly Desert to Oz. (Note for today’s readers: when Dorothy tells Shaggy, “You’re so stupid,” she meant no more insult than when a child tells an adult today, “You’re silly!”)

The Emerald City of Oz (Book 6) is threatened once again by the Nome King, just when Dorothy has managed to convince Aunt Em and Uncle Henry that there really is such a place as Oz. Wackier and wackier creatures join the parade, as the Nome King gathers allies against Oz, while Ozma refuses to fight back. This was supposed to be the end of the story of Oz. Evidently Baum did his best to burn all bridges to that magical country, so that he could go on to write about other things; but popular demand dragged him back for eight more books!

About The Patchwork Girl of Oz (Book 7), I can’t tell you anything. I have never seen a copy in print, though I have been looking for it for several years. I welcome any information you can give me about it!*

Tik-Tok of Oz (Book 8) combines the heroine of another series of stories by Baum–Betsy Bobbin–with the familiar land of Oz. Betsy joins Tik-Tok the clockwork man and Ann Soforth, Queen of Oogaboo, in another confrontation against the wily Nome King.

The Scarecrow of Oz (Book 9) and Rinkitink of Oz (Book 10) are also unavailable to me. If you can put me on the trail of these books, I’d be much obliged!*

The Lost Princess of Oz (Book 11) involves a search, not only for Ozma, but for all the magical tools in the land, which were somehow lost or stolen all at one time. Dorothy, the Wizard, the Frogman, Cayke the Cookie Cook, and the Little Pink Bear all join in the search for Ozma and everything else magical in Oz.

The Tin Woodman of Oz (Book 12)–whatever happened to the pretty girl Nick Chopper was engaged to, before he became the Tin Woodman? That’s what the Scarecrow and the Tin Woodman set out to learn, though they must get by a giantess with magical powers and a lot of other weird creatures first.

The Magic of Oz (Book 13)–Trot and Cap’n Bill, veterans of another series of then-popular stories written by Baum who have been adopted into the Oz universe, join the Glass Cat (one of my favorite characters in Oz) go on yet another weird quest, braving magical dangers and encountering bizarre people, when a Munchkin boy using the magical word “Pyrzqxgl” (which only works if you pronounce it just right) turns everyone in the Emerald City into animals. None of this wouldn’t have happened unless young Kiki Aru had fallen under the influence of the nefarious Ruggedo, ex-King of the Nomes.

Glinda of Oz (Book 14), finally, was written just before Baum’s death in 1920. In it, Dorothy and Ozma find themselves trapped on a sunken island, when they attempt to stop a war between two outlandish tribes. Alerted by a magical alarm, all of Ozma’s counselors and protectors decide to come to the rescue: Nick Chopper, the Scarecrow, Scraps the Patchwork Girl, Shaggy, Tik-Tok, Jack Pumpkinhead, Cap’n Bill and Trot, the Wogglebug, Uncle Henry, Aunt Dorothy, and of course, Glinda the Sorceress of Oz. Not to mention Dorothy’s animal friends–the Glass Cat and the Cowardly Lion, for instance–and the eternal children, Button Bright and Ojo the Lucky.

Read these books and you’ll end up with a list of favorite characters at least that long, and so many silly and ironic adventures that you won’t be able to keep them all straight in your head. Obviously stories like Oz could keep going on and on indefinitely. Baum’s series was not even stopped by his death; other authors picked up the baton from there, and ran and ran and ran with it. But none have been so successful or have become such classics as the original 14 by Baum. Don’t just stop with The Wizard of Oz. Enjoy them all!

UPDATE:
A couple years ago I had a chance to visit the world’s largest children’s bookstore, Books of Wonder in New York City. Books of Wonder has been reissuing the books of L. Frank Baum, E. Nesbit, and others. I picked up several Baum treasures, including some Oz books I hadn’t previously found. Still haven’t read them, though…but it could happen any day now! You can shop their online store for beautiful reprints of children’s classics, as well as brand new books you can’t get at Borders yet! 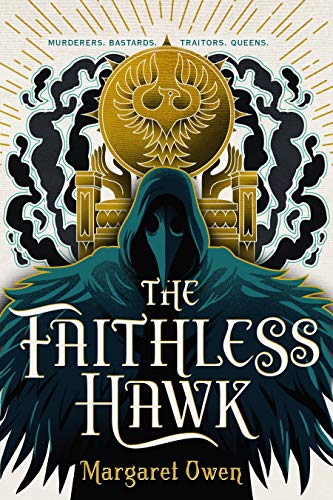 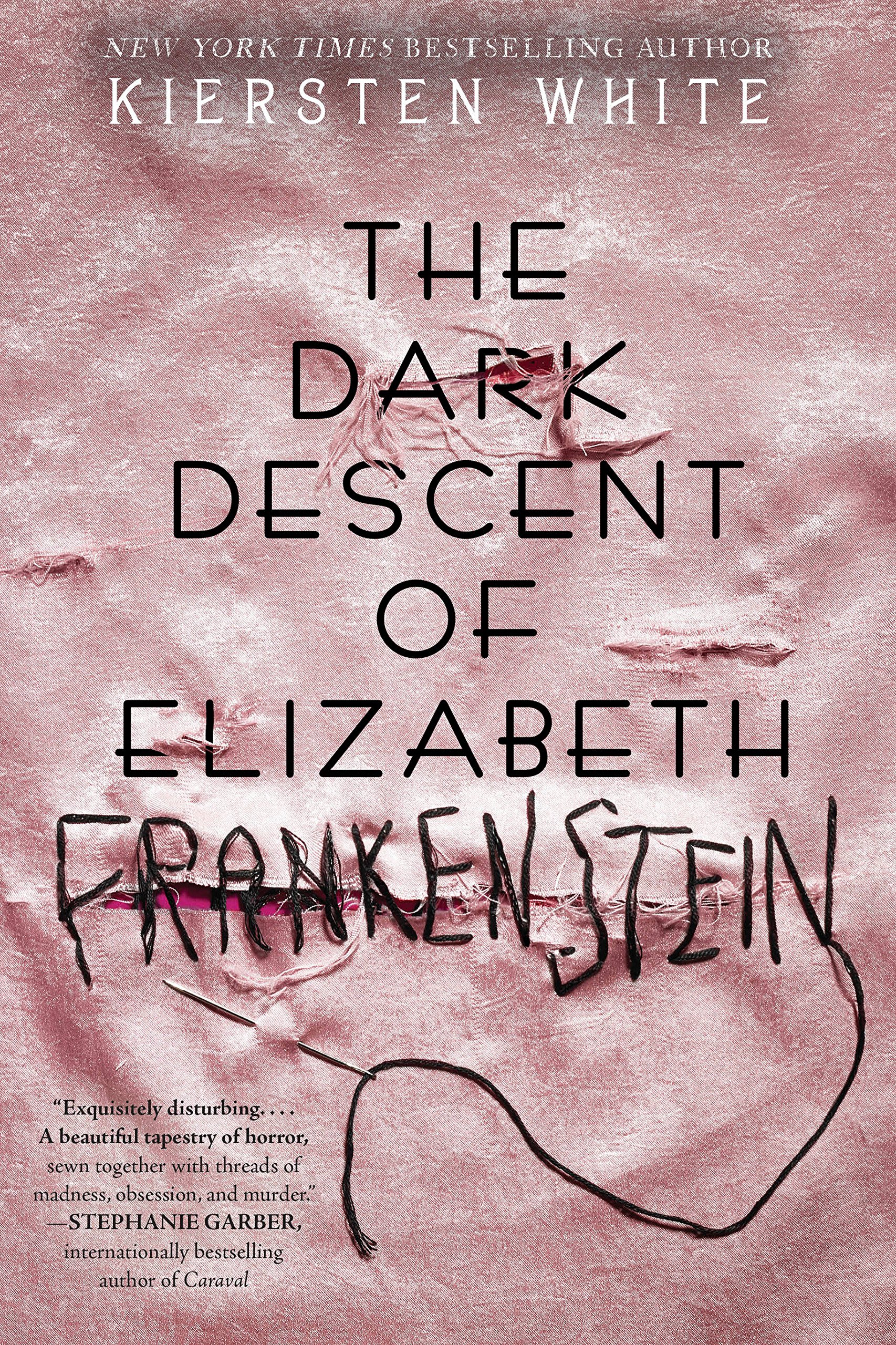