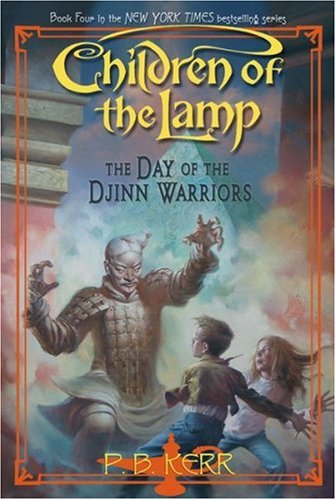 Book Four of the Children of the Lamp series finds twin djinn John and Philippa Gaunt in a bit of a pickle. Their mother has gone off to become the cold, logical, morally neutral Blue Djinn of Babylon. Their father has turned ancient overnight, due to an aging curse meant to keep the children close to him. Disturbances in the spirit world, a worldwide rash of museum robberies, and a chance to restore a pretty young djinn to her wax-figure like body (and save their mother in the process) mean that John and Philippa have to travel. And that means John must leave his body at home, and both must leave their djinn powers.

It’s an adventure in the world of ghosts, unusual for a bunch of people who are still living. This is no trouble for John, who spends much of the time sharing a body with the twins’ friend Finlay. But other problems naturally arise. Kindly Mrs. Trump gets a knock on the head. Wise old Mr. Rakshasas sacrifices himself to save John and a disembodied djinn girl named Faustina. While sharing possession of Finlay’s body, Faustina and John are unable to hide their mutual puppy love from each other.

An angel challenges Uncle Nimrod’s faithful butler Groanin to a wrestling match. Venetian explorer Marco Polo returns from the dead to help solve a mystery stretching from medieval China to present-day Scotland. By granting three wishes to a kind passerby, Philippa unknowingly touches off a series of life changing events. And an evil djinn uses Faustina’s foolish brother Dybbuk to advance a heinous plan that involves an army of terra cotta warriors, the souls of millions of children, and the balance of good and bad luck throughout the world.

All this, and much more besides, happens in this one action- and adventure-packed book. It has all the humor, youthful romance, puzzles, thrills, chills, and magical weirdness you could wish for. Plus, it comes with the assurance that the series will continue, since Book 5 – titled Eye of the Forest – has already been released. 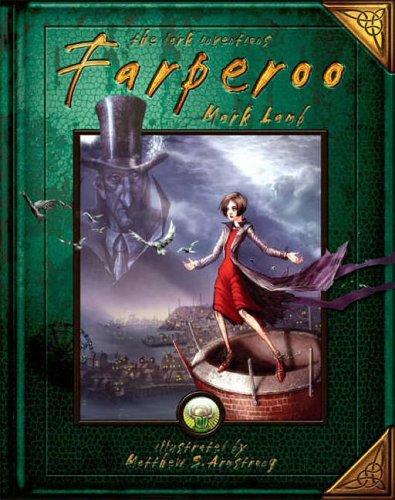