The Tunnel of Hugsy Goode
by Eleanor Estes

Like the characters in The Alley a few years earlier, best friends Nicky Copin Carroll and Timmy Tornid Fabian live in a gated group of faculty houses on the campus of Grandby College in Brooklyn, N.Y. When not at school, they spend most of their time in the T-shaped alley that runs behind the three rows of brick houses, and they play games (such as avoiding the contamination girls) and invent folklore (such as drawing maps of the tunnel alley under the alley). And of course, though Tornid is a very good boy and Copin isnt really bad, they get in a lot of trouble, like the time they sneak out of the Alley and take a ride up and down the Myrtle Avenue El. (Thats the last elevated train in New York, if you must know).

Its 1972. The Beatles are huge. Video games and the internet have not yet staked their claim to the time and imagination of youngsters like Copin and Tornid. Their best games are backyard games. Girls on jump-rope. Boys, like Tornid and Copin, planning to dig their way into the tunnel under the alley. Their happiest moments involve discoveries like the odd raccoon who is first seen looking in at Tornids dining room window, and rewards like writing to the mayor and getting a letter back. Their bitterest times are the ones where they are punished by not being allowed to play together, or when they are accused of stealing a toy that belonged to some other child.

But even in this sheltered little neighborhood, there is plenty of mischief for them to get into. That happens more and more as the boys get closer to finding out how true their guesses and ESP about the alley under the alley really were…and as they uncover surprising facts they had never guessed at all. Each of their descents into the Tunnel of Hugsy Goode  named in honor of an older Alley kid, now a bearded college boy, who prophesied the tunnels existence long ago  each descent is spookier and leads to more surprising discoveries.

All this is told by the multiple Newbery Honor author, and Newbery Medal winner, who wrote the Moffat and Pye series about children growing up in the fictional town of Cranbury, Connecticut. Those stories were based on the place where Estes grew up. I wonder whether this book and The Alley are based on a place where Estes lived as a grown-up. Both books are haunted by a kind of magical realism, combining a seemingly timeless setting with a very honest and finely observed depiction of the kids of one particular generation. The narrator  in this case, Copin  narrates, and the characters speak, in a way that seems natural and true-to-life, yet at the same time touched by the whimsical word-magic of Carl Sandburg’s Rootabaga Stories.

End result: The story grows on you, poking its roots into your fertile imagination, like the squash vines covering the hidey-hole under Tornids dining-room window. And when youre done reading it, you wont quickly forget it. 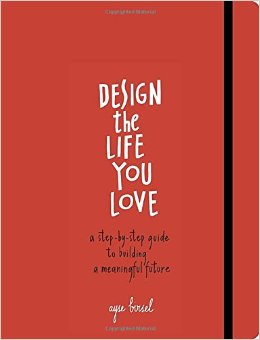