In Book 3 of the Bartimaeus trilogy, a seventeen-year-old magician named Nathaniel, though he calls himself John Mandrake, has clawed his way nearly to the top of a world of (sometimes literally) backstabbing ambition. It’s an alternate-history version of present-day Britain, where magicians are the ruling class and the non-magical “commoners” toil in conditions not far above slavery. It’s a government founded on the summoning of imps, djinn, foliots, afrits, and marids, who are then employed as soldiers, spies, and assassins. It’s a crumbling empire, threatened by rebellion from its colonies in the East and (more particularly) the West, by the increasing magical resilience of its underclass, and by a growing and all-pervading fug of discontent. And now, with its treasury and manpower drained by a military quagmire in America—with a prime minister too timid of potential rivals to allow anyone to use such powerful talismans as Gladstone’s Staff to end the conflict—with a coterie of sycophants and self-seekers sitting at the highest table of government—and with unidentified traitors still at large after two previous attempts on the government, brooding on who-knows-what third and decisive plot—the British Empire is just about poised to fall. It is at that moment that Nathaniel finds himself sitting at that same, high table, in charge of pro-government propaganda and well in the favor of the Prime Minister.

But… Bartimaeus, the djinni who does most of Nathaniel’s dirty work, knows his true name. By revealing it to one of the young magician’s rivals, he could render his master powerless. Partly out of fear of that—but only partly—Nathaniel prefers to keep Bartimaeus close. So close, in fact, that the poor djinni hasn’t had enough time in the Other Place to replenish his fading essence. As Bartimaeus grows weaker, the danger to the government nears the boiling point. Only then, when the djinni’s essence is about ready to give out, does a long-shot lead (and his master’s orders) put him on the trail of the mastermind behind the affairs of The Amulet of Samarkand and The Golem’s Eye. After a chase with enemy demons nearly finishes Bartimaeus off, his master shows unexpected kindness and restraint by dismissing him to the Other Place to recuperate, rather than interrogating him to death like most magicians would. And so, by the time the bad guys’ dastardly plot breaks upon the government, John Mandrake has been sidelined and Bartimaeus is in his debt.

Meanwhile… Young, magic-resilient commoner named Kitty Jones, believed dead since the previous installment, is actually living under a new identity (two, actually). In her career as Clara, she waits tables at a pub where commoners gather to plan rebellion against the state. As Lizzie, she brews tea and carries books for an eccentric old magician named Button, who is independent-minded enough to try teaching her a bit of magic. Ever since she encountered Bartimaeus, she has been obsessed with the idea of summoning him, of trying to learn the secret of Ptolemy’s Gate. From the clues she has picked up over the years, Kitty has grown increasingly sure that Ptolemy—a late Egyptian sorcerer who had a special relationship with Bartimaeus—figured out how to reverse the summoning ritual, traveling himself in spirit to the world of the djinn. Kitty believes that if magicians would only go to the Other Place, they might bond with djinn and learn to work with them as equals, rather than as masters and very unwilling slaves. And while Nathaniel dreams of using Gladstone’s Staff to save the country, Kitty thinks the future runs through Ptolemy’s Gate.

In the end, both youngsters’ theories prove true. But this only happens after a terrible betrayal is sprung, after an invasion from the Other Place takes possession of the highest levels of the British government, after a ravening horde of demons in human shape is unleashed on London in a rampage of death and destruction—when, by chance, the two would-be enemies are caught up together as an unlikely duo, and joined by a djinn named (guess who!) in an even less likely trio. To save London, and perhaps all of Europe, both Kitty and Nathaniel must risk awful sacrifices, and must lay themselves bare to the whimsy of a djinni who—for all his sardonic charm and adorable cowardice—is really quite dangerous. The only thing that makes it possible is their budding love for each other (the girl and the boy, I mean), and the possibilities represented by the djinni’s love for one young master, two thousand years dead.

The world Kitty and Nathaniel live in is not a nice place. Crying out for an Occult Content Advisory, it is everything the magical world of Harry Potter isn’t—though both worlds have their unsavory side, to say the least. Part modern-day rehash of the Fall of the Roman Empire (and any number of other empires), part Totalitarian nightmare, part snakepit of black magic with all the dangers thereunto appertaining, it’s a dangerous enough world even before the demons break loose upon it. And the saving of that world will force both of them to dare unimaginably dangerous things, face scenes of terror and violence and thrilling action, and pay a price that finally—in a perfectly-timed revelation on the last page—made me cry. If my previous reviews have led you to think this is easily done, let me correct that impression. I find a book that elicits both laughter and tears to be a very rare pleasure, almost inseparable from my admiration for an author who Does It Right. Besides this trilogy and a prequel titled The Ring of Solomon, other things Jonathan Stroud has (most likely) done right include a travel guide to Ancient Rome, several picturebooks, and such standalone novels as The Last Siege and Heroes of the Valley. 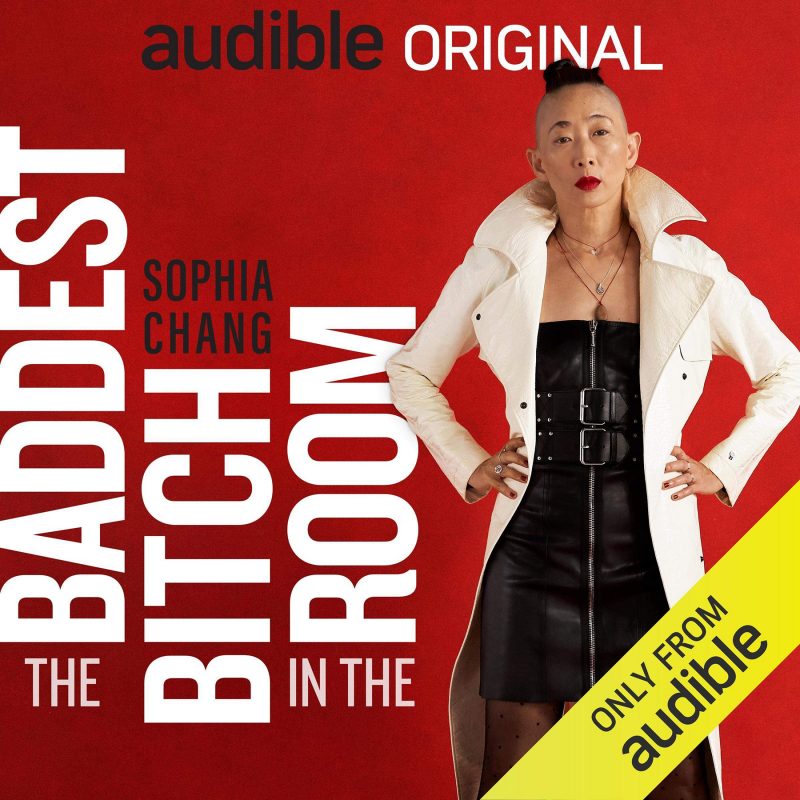 Audiobook Review: “The Baddest Bitch in the Room (Explicit Version)” by Sophia Chang