The revival of little known plays by highly regarded playwrights is always an interesting affair. On the one hand, it is great to blow away the cobwebs and bring back to life old texts whilst on the other, is the wonder as to whether there was a reason the play never took off in the first place. For Peter Ustinov’s The Moment of Truth, last produced professionally in 1951, the latter doubt isn’t an issue. Exploring warfare and its relationship with politically devised propaganda, the text is both entertaining and insightful and one that should be capable of resonating with an audience of today similarly to one of half a century ago. Unfortunately, in the hands of The New Actors Company, this isn’t quite achieved.

For the large part, the action of the play remains within governmental premises where the characters contemplate surrendering from an unnamed armed conflict before attempting political negation which ultimately leads to a second breakout of war. In a battle of egos in which nothing is really achieved and all is commentated upon by the state controlled press, you are left disheartened by the lack of morals and pride present among the politicians and soldiers. A lack of context for the action – costumes appear to recall WWII, whilst obscure scenic choices seem to reference the recent Arab Spring – adds a layer of confusion to the proceedings that, this reviewer believes, dulls the play’s potential provocation.

That said, the performance is still a relatively enjoyable one. Whilst some of the text’s original humor seems lost along with the context, there are moments of comic delight generally involving the Prime Minister, played by Miles Richardson and occasionally Rodney Bewes as the mad Marshal . Bonnie Wright makes a convincing stage debut as The Marshal’s tragic daughter and although a little too reliant on pacing for dramatic affect, her emotional outburst nearing the play’s climax offers a rare bit of heart in a play that overall leaves you feeling quite cold.

Whilst not altogether missable, there is some significant tightening up to be done before this production achieves the heights provided by the text. For those interested in catching another Potter alumnus treading the boards, the play is worth the trip merely to see Bonnie prove herself to be a promising talent. 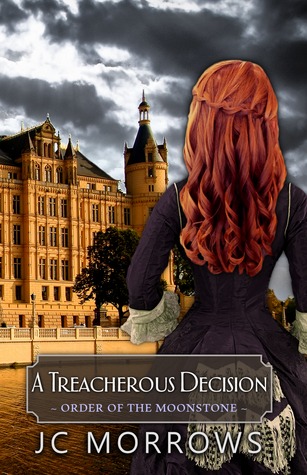 Book Review: A Treacherous Decision (Order of the MoonStone #2) by J.C. Morrows