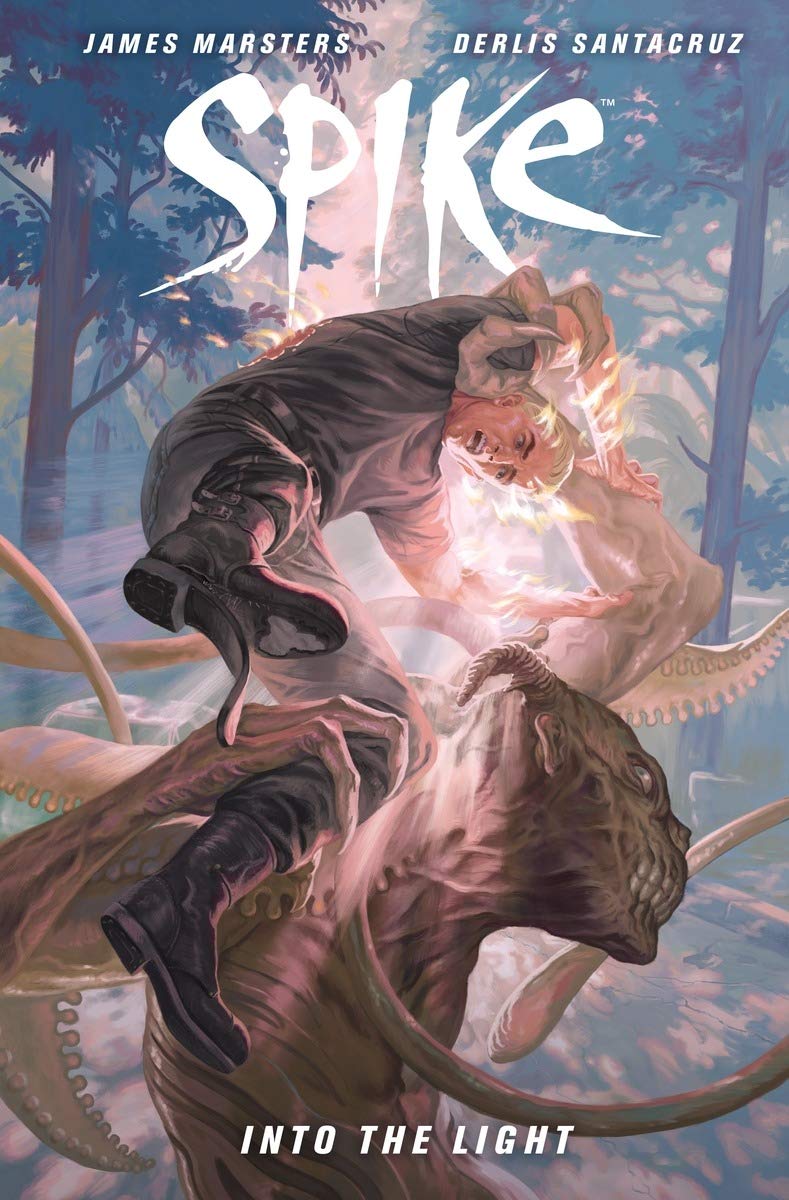 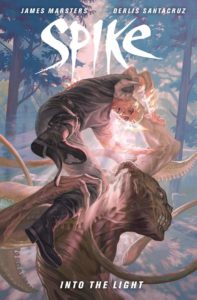 [Warning! Spoilers for those who have not seen the Buffy: The Vampire Slayer television series!]

Fans of the Buffyverse will remember Spike, AKA William the Bloody, as one of the biggest villains and eventually heroes of the Buffy television show. Dark Horse Comics now brings us a new way to follow Spike’s adventures with his very own series of comics. Set in Season 7 of Buffy: The Vampire Slayer, we find Spike reeling from his last encounter with Buffy Summers that sent him on a quest to have his soul returned to his body.

Spike: Into the Light is the second collection of Spike comics in this series, and is the second story written by none other than James Marsters himself, who portrayed Spike in the Buffy television series. Fans of the Buffy Season 8 comics may recognize Andy Owens as the inker of the series, as well. In the story, we find Spike separated from the Scooby gang and out on his own dealing with his newfound conscience. We see him looking back on his glory days when he was able to hunt humans without hesitation. He goes on a journey where he is faced with moral decisions that his old self would have dealt with in the bloodiest and most violent way possible; Spike even meets a girl after defending her from some thugs. The overarching story finds Spike in pursuit of a child-stealing demon that seems to be able to change forms. All of this while running around with a broken boot.

Fans of the show will recognize the Buffy-style humor that goes into this, and it is clear that Spike is written by someone who knows him well. I found this story interesting in that it gives us some insight as to where Spike was after his encounter with the infamous soul-restoring demon in the cave that fans should remember from Season 6. As a fan of Buffy, I was thrilled to be able to continue following Buffy and her friends through the comics after the television show ended. Bringing back James Marsters to author an all-new adventure about one of the most crucial characters in the series is an exciting development for any true Buffy fan. Marsters is truly able to capture the essence of the Spike we knew from the show with his sarcastic jokes and conflicting view of the world as he transitions from a bloodthirsty killer to a hero.

The art used in the series keeps true to the look of the characters from the show while still adding some artistic flair to the atmosphere. The demon featured in Into the Light is clearly a monster that would have been difficult to portray on the television series with the mid-2000s special effects, so it is interesting to see the bigger and bolder side of the Buffyverse that may have not been attainable on screen.

In terms of the overall storyline, I think fans will be excited to see a day in the life of Spike, AKA William the Bloody, as he struggles to cope with his newfound humanity. While the overall storyline is not the most exciting adventure in Buffy history, it filled me with excitement and the desire to continue reading about what’s to come with our favorite Buffy characters. I definitely recommend it to anyone who is a fan of the show or the comics!