Winner of the 1970 Hugo Award for Best Novel, this book by the author of A Wizard of Earthsea more than deserves to be in the company of such books as Stranger in a Strange Land, Dune, Foundation’s Edge, Ender’s Game, American Gods, Jonathan Strange & Mr Norrell, Harry Potter and the Goblet of Fire, and The Yiddish Policemen’s Union. It packs a powerful impact on both mind and heart. It is rich both in world-crafting inventiveness and in human detail. It is—it is, straight-up, devastatingly beautiful.

It takes place in a far future, when Earth has joined an Ekumen of over eighty worlds, all inhabited by human cultures that, at some earlier date, were planted by a power known as the Hain. By the time Genly Ai comes along, the Ekumen has almost completed its mission of reuniting the scattered races of mankind. But as the First Mobile, or Envoy, to the planet Gethen, the young Earth-man faces an unusual challenge. On an ice-bound world so hostile that its other name is Winter, Ai’s mission is to persuade a culture to join the Ekumen—a culture that somehow, perhaps through a genetic experiment, has done away with the difference between male and female—a culture to whom Ai, and every other human being he represents, must be viewed as a freak and a pervert.

All right, so I’ve over-simplified a bit. I haven’t Ursula Le Guin’s gift of delivering material of Lord of the Rings magnitude on a Hobbit word-budget. Who does? That’s one of the reasons she has won two Hugos, and probably deserves to have won more. She is a literary-quality author devoted to creating science-fiction masterpieces. Her work is one of the reasons sci-fi novels will endure when the pulp fiction of the last century has returned to the pulp from whence it came. It isn’t so much that the Gethenians don’t have two sexes. Rather, each Gethenian has the potential to be both sexes. But apart from four days out of every twenty-six, their sex drive goes into latency, along with all specifically male or female characteristics. Only during those four days, known as kemmer, do they develop sex organs—sometimes male, sometimes female—and a randy sex-drive to go with it. The same person can be a mother and a father to different sets of children. The same monogamous couple can have kids both ways. And the number of ways this affects their society will amaze you. Which is another way of saying this book will amaze you.

Genly Ai, the envoy of a great interstellar civilization, is not always very wise, tactful, or strong. Sensing early on that he has failed to get through to the tradition-bound kingdom of Karhide—perhaps because the prime minister who believed in him has been banished for treason—Ai makes his way across the border to the neighboring country of Orgoreyn, which is run along bureaucratic principles, like a totalitarian utopia. But this proves to be his biggest mistake, as he learns when he finds himself being interrogated to death in a labor camp. Past all hope, he is suddenly rescued by the last person he expected to trust again—the former prime minister of Karhide, Therem Harth. The long, gruelling journey these two men make over the northern ice-cap proves to be more than a test of survival. It becomes, for Genly Ai, the center of time: the most important moment of his life. A moment of joy. And in a uniquely non-sexual way, he finds in Therem Harth the love of his life.

But as you find out for yourself what is so special about this book, be warned. It may test your heart as sharply as it does Genly Ai’s. And even in the final success of his mission, you may join him in feeling a desolation that is, most truly, to know Winter.

This is only one of eight “Hainish” novels that Ursula Le Guin wrote between 1966 and 2000, another of which (The Dispossessed) also won a Hugo. Besides five Catwings novels, many short stories, half a dozen Earthsea books, and several other series of novels, her books include Always Coming Home, Changing Planes, and the Hugo-nominated The Lathe of Heaven. Among her most recent books are the “Chronicles of the Western Shore” trilogy of Gifts, Voices, and Powers, and two volumes of stories titled The Real and the Unreal. 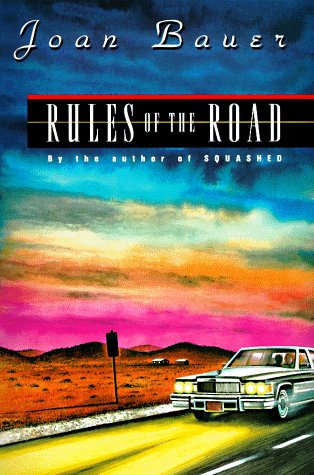