When New York sports journalist Mike Lupica first turned toward writing Young Adult fiction, it was mostly in the form of sports-related novels, such as Travel Team, Heat, and Miracle on 49th Street. And he’s still writing them. You may be surprised at the length of his list of titles, and whether part of a series or a standalone novel, each one is primarily about sports—with only a couple of exceptions. One of them is a murder mystery. And the other is this story about a kid who discovers that he has super-powers.

To be sure, Zach Harriman is an eighth-grade athlete. When we first meet him, the toughest thing he has to deal with is a school bully who puts pressure on him, on and off the basketball court. But the role of hoops in Zach’s life fades into the background as a bigger and more dangerous game enfolds him.

It begins when Zach’s Dad dies in a plane crash at the eastern tip of Long Island. Zach has always thought of his father as a kind of superhero, but he had no idea how literally that was true. Tom Harriman, officially an adviser to the President of the United States, is unofficially a problem-fixer who flies around the world, stopping the Bads (as he calls them) from messing things up for everybody else. Now Tom is gone and Zach suspects that it’s because the Bads got to him. Meanwhile, he suddenly discovers abilities he never knew he had—like a Spidey Sense of where and when trouble is about to happen, and super-sharp senses, and incredible speed, and maybe even a tiny bit of invisibility.

Zach’s best friend Kate would probably tell him he was imagining it, if she didn’t see some of it for herself. And it’s freaky. Magically-transporting-himself-from-the-far-end-of-Long-Island-to-Central-Park freaky. Plus, a mysterious old man keeps turning up, siccing goons on the kids, then claiming to be helping Zach prepare for something he has to do. Whatever it is, it’s going to be soon. Meanwhile, Zach’s “Uncle” John (his father’s best friend) claims that the old man is one of the Bads, and a mysterious message on his computer (“Trust no one”) could apply to either of them. Zach doesn’t know what is going to happen or what he’s going to do about it—and then it happens, and he does his thing, and he solves his father’s murder, and the world (or at least one country) has a hero again.

It’s an interesting conceit: although there are many bad guys, somehow there can be only one hero at a time. As superhero origin stories go, it’s a pretty down-to-earth book. While one is impressed that a writer like Lupica would attempt such a book, the real surprise may be how little play he gives to the kid’s superpowers. It’s as though he wanted to site Zach’s magic and heroism in as natural and un-comic-book-like a world as possible. A love of New York and of sports is vividly evident in it, in not only the hero’s heart but the author’s too. Young readers hungry for stories of sports heroes may come away bemused, or perhaps beguiled, by this unexpected foray into fantasy, while superhero-comic fans may find the whole presentation a bit too low-key. Still, it’s an interesting mash-up that points up a similarity between two genres that you may never have thought about. 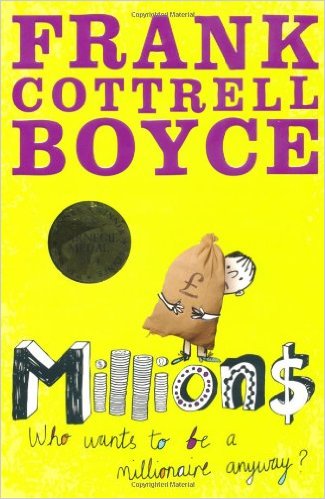