She has won the Newbery Medal (for The Hero and the Crown). She has won the Mythopoeic Fantasy Award (for Sunshine). She has entertained us with tales of vampires, fairies, dragons, and Robin Hood, as well as folk tales spruced up as novels. As the wife of Peter Dickinson, she dwells in a reactor-core of magic and beautiful storytelling that could reach critical mass at any time. All that being said, if she doesn’t produce a sequel to this book, I will be seriously miffed with her.

Pegasi are somewhat like horses with wings. But they are also somewhat unlike horses as well—and not only because of the wings. A noble, highly intelligent race, their delicate and graceful beauty makes them a source of awe to the humans of the neighboring kingdom of Balsinland. The two countries have been allies since the founding of Balsinland some eight hundred years ago: allies against the encroaching monsters of the surrounding wilds, such as wyverns, ladons, norindours, and taralians. And rocs. One mustn’t forget the rocs!

It is widely held that the prosperity of Balsinland depends on their friendship with the pegasi. The pegasi, meanwhile, would not have survived without the help of their stronger human allies. So down to the time of Princess Sylviianel, there is a tradition of each important personage in the human kingdom being paired with a pegasus of similar importance. These bound pairs are often together while at court—the human court, that is. For while the pegasi often visit Balsinland, humans never visit pegasus country. And the two species never touch each other. And humans never, ever fly on pegasus-back. It’s a matter of respect, apparently. Or maybe it’s another aspect of the barrier that keeps humans and their pegasus bond-mates from ever becoming very close. For another thing that separates them is language. They can’t seem to learn how to speak to each other, somehow. They rely on magicians to interpret for them.

But then, on her twelfth birthday, Sylvi meets her bond-mate: Ebon, who like her is the fourth child of his people’s king. The moment they meet, they find themselves communicating clearly through the type of mind-speech that the pegasi share. You would think this would be good news for a kingdom—two kingdoms—entering a time of crisis, as their borders are threatened by increasingly frequent sightings of taralians and norindours. More open communication could be the very thing they need. But no! Sylvi’s rapport with Ebon threatens the power of the magicians, and especially of an ambitious magician named Fthoom.

Fthoom overreaches himself, and his disgrace gives Sylvi and Ebon a few years of reprieve. During this time, while Sylvi prepares for whatever role she will have as the fourth child of the king, or as baby sister of the king after him, the two friends push the boundaries of what is considered acceptable behavior for a bond-pair. They touch each other affectionately. They fly together (in secret). And finally, Sylvi becomes the first human in history to be invited to visit the pegasus kingdom of Rhiandomeer, and the sacred Caves where their history is preserved. She breaks through even more barriers between the races, only to return home to a more tense and dangerous situation than she left. And then—when Sylvi is within striking distance of a chance to change the world—when the kingdom is in its most precarious position in centuries—when the survival of both peoples lies at the point of a sword—when Fthoom is ready to make his next and deadliest move—that is when it becomes clear that Robin McKinley will write a sequel to this book. Or else.

The way Fantastic Fiction lists this book (as part one of a so far one-part series) suggests that my ideas on this are not original. Nevertheless, Ms. McKinley has published at least one book since this: 2013’s Shadows. I have yet to catch up on some of her recent titles, including Dragonhaven and Chalice. I have yet to be disappointed by any of her books. And apart from the ending, which will break my heart if there isn’t a sequel, I couldn’t be happier with this book. Its fantasy world is a fascinating place to immerse oneself. Its lyrical beauty stirs the heart. Its language cries out to be quoted, though none of the passages I wanted to quote were short enough for the purposes of this review. And the friendship between Sylvi and Ebon is so wonderful that you may feel yourself becoming an invisible third partner in it, loving both characters and caring about their destiny. I advise her to unleash it (sequel! sequel!) before its pent-up energy causes the area around her and Mr. Dickinson’s home to glow in the dark. 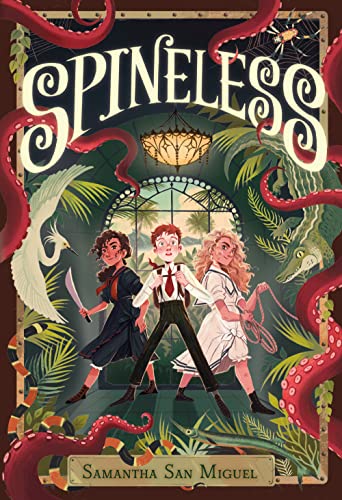