At the end of the 2011 film, “Rise of the Planet of the Apes,” roughly 200 apes (chimpanzees, orangutans and gorillas) escape captivity in San Francisco, California and clash with police and local authorities on the Golden Gate Bridge. Following the skirmish, the apes advance to the local Muir Woods National Park in hopes of living in the wild. Not all of the apes are ordinary apes, however. Dozens have been exposed to a new drug called ALZ113 – designed to one day reverse the effects of Alzheimer’s Disease in humans. This strain of ALZ113, which is actually a retrovirus, causes higher brain function in the apes and makes them smarter. Unfortunately, it’s fatal to humans.

In a mid-credits sequence as the film ends, a pilot at an airport (who has been infected by the virus) boards an International flight. A detailed global grid quickly shows how every person on that plane, each person they come into contact with, and everywhere those people in turn travel to, spreads the infection. Thus, the apes will rise (unhurt, unaffected) and eventually all humans, everywhere, will fall. Or so we infer.

The book chronicles the lives of several humans in different positions throughout the city. Dr. Natalia Kosar is a surgeon working in an emergency room who notices a sharp increase in patients suffering from a new type of flu. Clancy Stoppard, a primatologist, has an infrequent relationship with David Flynn, a journalist. David’s goal is to get to the bottom of the ape rumors, and eventually to uncover the shocking truth behind the virus. Then there is former police chief Dreyfus, who stands to gain politically by publicly criticizing the current mayor’s handling of the outbreak of a major epidemic. And finally there is Malakai Youmans, a mysterious stranger with a dark past who may be looking for redemption.

In addition to the humans, “Firestorm” follows the points-of-view of two apes. Caesar, leader of the apes and star of the film, who was raised by scientist Will Rodman from infancy after genetically inheriting an earlier strain of the virus from his mother, is one of Will’s test subjects. And second is Koba: blind in one eye and impulsive, he is one of Caesar’s defenders. Caesar’s troop, all of the apes, must journey to the north and west through the forest of redwoods and tallest trees, because they are being pursued throughout the book by persistent assailants with guns and helicopters. On the way, they must learn to adapt to survive, while the drug which many were only recently exposed to continues to improve their higher learning functions.

“Firestorm” is a triumph of multi-POV narrative. Not only are the switches between characters seamless, but they are meticulously-placed. Each switch offers a new piece of the puzzle, which is just as rewarding to put together as it is to see completed. Even though the novel is set during what ends up being a global outbreak of an uncontrollable virus, the pacing is brilliantly unhurried. The novel’s pace is slow enough that every detail of Keyes’ prose can be fully appreciated, from his realistic and insightful interpersonal dialogue and relationships, to his great sympathy for the apes that were never treated well by humans to begin with.

The concept of Apes in modern times becoming independent, and rising up against humans is actually the premise of the fourth “Apes” film, “Conquest…” – however, “Rise…” modernized the tale and offered a different origin story that results, like that film, in a similar ending scene (Apes vs. cops). Where “Firestorm” comes into play is to further detail exactly what happens during this outbreak and during the early days of the apes’ independence while they are still struggling for food and to escape from humanity. Because both “Battle for…” and “Dawn of the Planet of the Apes” take place years after their previous film (“Dawn…” will be set ten years in the future) it is important that “Firestorm” exists to further characterize the apes as they are just starting out.

Caesar has time to doubt his abilities as a leader. He is burdened with the responsibility of safety for his group, and must use his higher-functioning faculties to escape humans who are trained specifically to hunt his kind, and who wield weapons far greater than his. We learn more about Caesar while seeing him, time after time, refuse to allow the humans to be hurt by the apes; he does not want a war, only the right to coexist. And then there is Koba, whose back-story one might never have surmised from “Rise…”, but that adds detail and richness to the world to the world in which these apes live. The apes are not responsible for the outbreak of the virus, though they are blamed. And thus begins a thread of plot that will lead directly into the future we will see on July 27, when “Dawn of the Planet of the Apes” hits theaters.

“Dawn of the Planet of the Apes: Firestorm” is a rare treat. As a fan of the franchise, I can state that the material which pre-existed is handled with reverence and care by author Greg Keyes, and that which did not pre-exist is carefully crafted, smartly written so that I can easily embrace the plot and be entertained as well as emotionally invested. Showing the gradual unraveling of society as it comes to terms with a new virus – seeing how, for some people, life must go on the way it was until that final blink, and how for others those last hours of time are spent looting and laying waste to everything in their path – is a great premise for a book. That, and more, is what Greg Keyes has achieved with “Firestorm.”

Four bolts. If you like the premise, you will love the book. 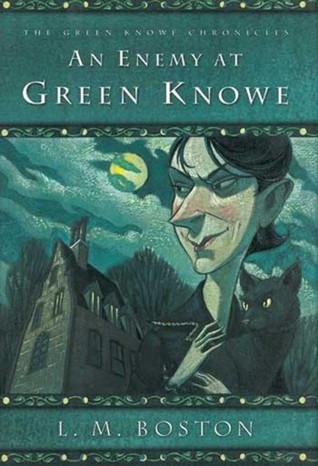 Book Review: An Enemy at Green Knowe by L.M. Boston