Jack, last name withheld, lives off the grid in New York City. He has no social security number. He pays no income taxes. All his IDs are fake. As far as officialdom is concerned, he doesn’t exist. And that’s the way he likes it. “Repairman Jack,” as he is professionally known, fixes problems for a living. When people come to his website looking for someone to fix their broken appliances, he ignores them. When they need help with a trickier problem, he chooses whether to get back to them or not. He can afford to be picky. His fee is very high. But he’s a tough, resourceful guy who knows how to stay unnoticed, how to follow and not be spotted, how to move and not be followed, how to find out what’s really going on, and then how to deal with it. He’s not a bad guy. But he’s no stranger to deadly force either. If you mess with him… look out.

In this second of (so far) sixteen Repairman Jack novels, Jack works three cases for two clients. The easy job is catching the junkie who stole a truckload of donated Christmas toys from a clinic for HIV-positive children. The middling job is helping an Ecuadorian immigrant recover money a client cheated out of his office-cleaning business. Then there’s the hard job. The first two wrap up simply enough. Weighted gloves, a Santa suit, and a couple other risky tricks do for the toy thief. A real estate scam turns the tables on the other bad guy. But what about Case No. 3? What is Jack to do about a client who has just inherited her father’s house, and who would rather burn it down than sell it to her half-brother? Why has everyone else this lady hired to help her been murdered? Who is providing her brother the financial backing to offer millions for the house, and why do they want it badly enough to kill for it? And most mysterious of all, why haven’t they tried to kill the woman herself?

Dr. Alicia Clayton is a troubled woman. The thought of having anything to do with her father’s house disgusts her. The idea of setting foot in it positively terrifies her. Her half-brother Thomas has some kind of hold over her, something she has never discussed with anyone. Thomas’s associates—including a Saudi diplomat and his team of American mercenaries—seem desperate to find something hidden in the house. And a mysterious Japanese agent is shadowing everybody involved, including Jack, with an agenda of his own.

In The Tomb, author Wilson launched his series with a terrifying novel about a family curse and a monster out of the darkest, most sensibly forbidden sect in Hinduism. The impression that this would continue to be a series about a hitman-with-a-heart-of-gold who specializes in slaying monsters is not entirely accurate. While there are monsters in this novel, they are technically of the human kind. Monsters who victimize children in the cruelest way. Monsters who feel justified in murdering countless innocent people to achieve their aims. Monsters so dangerous that good people hardly have a chance against them—unless they start to become monsters themselves.

This isn’t so much a fantasy-horror novel as a mystery-thriller with a technological MacGuffin. The thing everybody is after turns out, in the end, to have some thought-provoking implications, especially in light of Dr. Clayton’s inner struggles. But the wonders Jack works are feats not of wizardry but of survival skill and tactical expertise. The powers of evil arrayed against him are not based on magic or mad science or arcane religion, but simple old-fashioned guns, dollars, and personal frailty. And though Jack can be as scary and ruthless as any of them, it is his sense of honor, courage, quick thinking, and basic decency that make the most difference.

Based on these first two books, the picture of what we can expect in further Repairman Jack novels comes into clearer focus. Besides confounding mysteries, nerve-wracking tension, violent action (not for the squeamish), we can also expect variety. Anything could come next, from a tale of industrial espionage to a bloodcurdling encounter with eldritch demons. The one thing you can expect is that unique something that comes in the package with a sleuth who operates outside the law: invisible and loving it. Book 3 in the series is titled Conspiracies.

Besides the sixteen Repairman Jack novels, F. Paul Wilson has also published two “Repairman Jack: The Early Years” prequels, three “Young Repairman Jack” books, a volume of Repairman Jack short stories, a six-book “Adversary Cycle” (which, mysteriously, includes two of the Repairman Jack novels), a science fiction trilogy, and lots of other novels, novellas, and short story collections. He has authored or co-authored at least a couple vampire novels, including one called Midnight Mass; a whimsical children’s story titled The Christmas Thingy; and the new Nocturna series for young adults, beginning with Definitely Not Kansas. 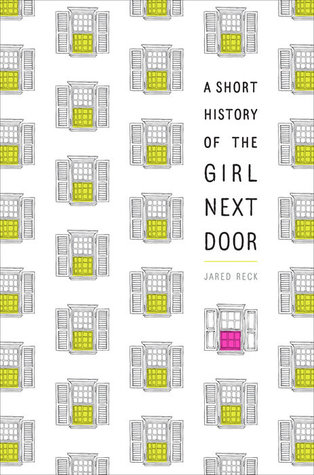