Here is a most satisfying recent example of the classic type of private-eye novel. The detective is the whimsically named Cormoran Strike, an ex-military policeman whose career in the army ended when a roadside bomb took away half a leg. His name has nothing to do with his father, a philandering superstar rock musician with whom he has no relationship whatever, and a lot to do with his “supergroupie” mother, who was flaky and impractical and died with a heroin needle stuck in her arm. He is 35 years old, up to his ears in debt, picking up the pieces after the end of a stormy 15-year relationship with a beautiful woman called Charlotte, and struggling to keep his business afloat while sleeping on a camp-bed in his office. Yet, perhaps surprisingly, he is a very determined, methodical investigator. He has a special gift for drawing answers out of people who don’t want to be questioned. And when he looks at the evidence of a celebrity death that the police declared to be suicide, he sees a different picture emerge.

It all started when Strike was a boy of nine or so. His best mate went away on a school holiday and never came back, dying in a tragic cycling accident. Now the older brother of this never-forgotten friend shows up in Strike’s office, asking him to look into the death of his sister, supermodel Lula Landry. Lula’s last days and hours were full of encounters with possible suspects, but at first it is hard to see how her death could have been anything but a suicide. When she plunged off the balcony of her third-floor flat, everyone who had a motive to kill her had a solid alibi, and no one who could have done it was found in the security guard’s immediate search of the building. The only witness who claims to have heard Lula arguing with her killer, and to have seen her body fall, was high on cocaine and could not have seen or heard what she claims from the bathroom of her soundproof apartment. Nobody resembling the men seen fleeing the scene on CCTV has been identified.

At first, all Strike has to go on are the fact that her brother doesn’t think Lula would have killed herself, and a few suspicious questions like: Who tipped the paparazzi off, luring them away from the scene of Lula’s death at just the right time? Could someone have gotten into the building while the security guard was in the bathroom? Could the downstairs neighbor really have witnessed what she claims? And why did the victim change clothes before jumping? The more Strike finds out about Lula’s movements toward the end of her life, the more questions arise. And though the police are sticking to their story that Lula’s death could be nothing but suicide, Cormoran Strike becomes convinced that her death is the work of a psychopath who has killed before and will kill again.

Aiding him in this investigation is a secretary named Robin, who comes to Strike’s office from a temping agency although he had meant to terminate their services. Impressed by her initiative, Strike keeps Robin on for the week. Then, cutting out the temping agency, she stays on for a few more weeks while interviewing for a better-paying career. They develop a surprising companionship, in part because of her tact and efficiency, and in part because she has always cherished a secret fantasy of being a detective. Robin takes on an increasingly active and even, in her fiance Matthew’s opinion, foolhardy role in her boss’s investigation. If Matthew’s concern isn’t at least partly motivated by jealousy, it probably should be. And so alongside the progress of Strike’s case develops this charming partnership, which promises to grow even more intriguing in the future.

Strike is a convincing and well-drawn character, somewhat out of the traditional line of hard-boiled dicks. Like them, he comes to us at a precarious moment when every aspect of his life is grinding him down. But instead of sinking into a slough of despond, or a bottle of self-destruction, he fights back. Except for a couple of especially dark moments, he keeps fighting with a certain can-do, damn-the-torpedoes, better-to-live-one-day-as-a-lion blend of natural courage and indestructible good humor that does credit to British servicemen, past and present. His pain is complex and deeply felt, yet the causes of it include some of the reasons he is good at what he does. And in this book he is presented with a case that he seems uniquely formed to solve. It also presents the avid mystery reader with a marvelous exercise of her/his armchair sleuthing skills. We get all the information we need to solve the mystery at the same time as the detective who actually solves it. If by the end you haven’t guessed who done it, and even spotted the key puzzle-pieces that prove it, it’s your own fault. On the other hand, even having made this guess, the cleverness of the trap Strike sets for the killer is such that his reveal-all explanation may still bring surprises.

Ex-military policeman Robert Galbraith was on his way to having a distinguished career in mystery writing when, three months after the release of this debut novel, he was outed as a pseudonym of Harry Potter author J. K. Rowling. Undeterred, he continues to write Cormoran Strike novels, with a second title, The Silkworm, coming out in June 2014. 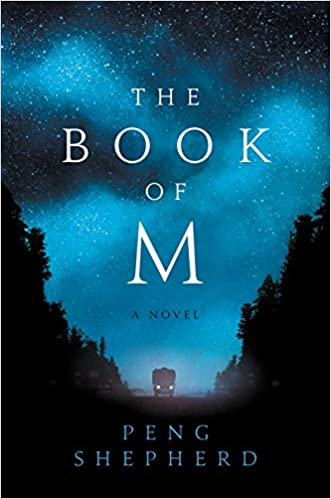