What if, instead of all-American journalist Clark Kent, Superman turns out to be an Indian Air Force pilot named Vir Singh? What if his archnemesis also happens to be his commanding officer? What’s in store for the world when passengers on a flight from London to Delhi suddenly start to present super powers? One of those passengers, a nerdy guy named Aman, has thoroughly studied the prophetic texts on this subject—namely, comic books—but he isn’t sure they give the right answers. It may not be as simple as powered people coming together and using their talents to serve mankind. As he struggles to understand the purpose for his newfound abilities, he begins to wonder whether that thinking will make him a superhero or a supervillain. Pointless as a city-wrecking knock-down-drag-out between indestructible heroes and villains may be, the survivors of British Airways Flight 142 seem to be choosing sides for just such a fight. Such is the frailty of human nature.

This energetic novel bowls past the tedious details of the superhero origins stories. It begins when things are already starting to go wrong, after many of the 403 passengers on that flight have already been either recruited, captured, or killed by a super-soldier named Jai. Some of them are still pretty confused about what their powers are, or how to make good use of them. A few of the more dangerous ones have signed on to help Jai achieve world domination. And then there are Aman’s group, who want to try to do good with their powers, but recognize the evil of what Jai & Co. are doing. The trouble isn’t just that power corrupts, or that great power brings great responsibility. It’s that, given the complexity of the world, hardly any good deed is unmixed with evil consequences. It isn’t just that wherever there are superheroes, there must also be supervillains; but even the good guys themselves have to wrestle with choices that may lead them to become bad guys.

This moral grayness doesn’t make this super-powered thriller any less thrilling. The line between good and evil is there, and the good guys and bad guys are clearly on one side of it or the other—most of the time. But in between sequences of mind-boggling danger, between chases and battles and dramatically fraught confrontations, the good guys must battle the ever-present temptation to seize power and rule the world with an arrogant fist. So in addition to gruesome violence, spectacular displays of indifference to property values, and passages that splash blockbuster production values all over your mental movie screen, this book also offers thought-provoking debates, sensitive character touches, and a wealth of ironic humor.

Newbies may want to keep a world atlas handy—or better yet, a smart phone with Wikipedia bookmarked—so that references to such cities as Chennai, Mumbai, Delhi, and Goa can be put in context. Some cultural references specific to the subcontinent may likewise require a little self-motivated research. Surprise! The world, even the English-speaking part of it, is bigger than the U.S. and the U.K. There is really surprisingly little in this book that will go over the heads of readers unfamiliar with modern Indian history. In a lot of ways, western readers will find Indian life as depicted in this book amazingly familiar, even while tinged with foreignness. India, we find, is full of the same character types, walks of life, social pastimes, and technological wonders that we have here—and more.

There has perhaps never been a better time for a book centered on India to reach American readers, given the growing influence of Bollywood and India’s rise as a global superpower. Reading this book may help make American young adults aware of a larger world around them. But it’s the larger perspective on superherodom that will draw them in. Sometime screen writer and graphic novelist Samit Basu explores not only superhero origins, but where they will go from there, with a spot-on mix of excitement, thoughtfulness, and emotional depth. Unlike some recent variations on these themes, such as a TV series that must not be named, Basu never misses the mark. And so this book is as highly satisfying as its sequel is eagerly anticipated. Resistance goes into worldwide release in July 2014. 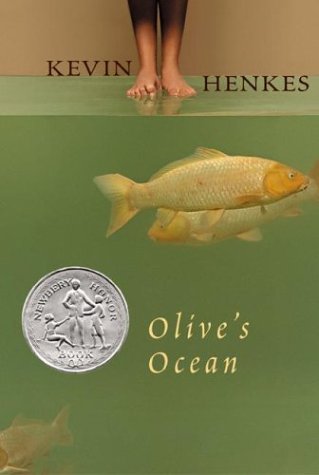